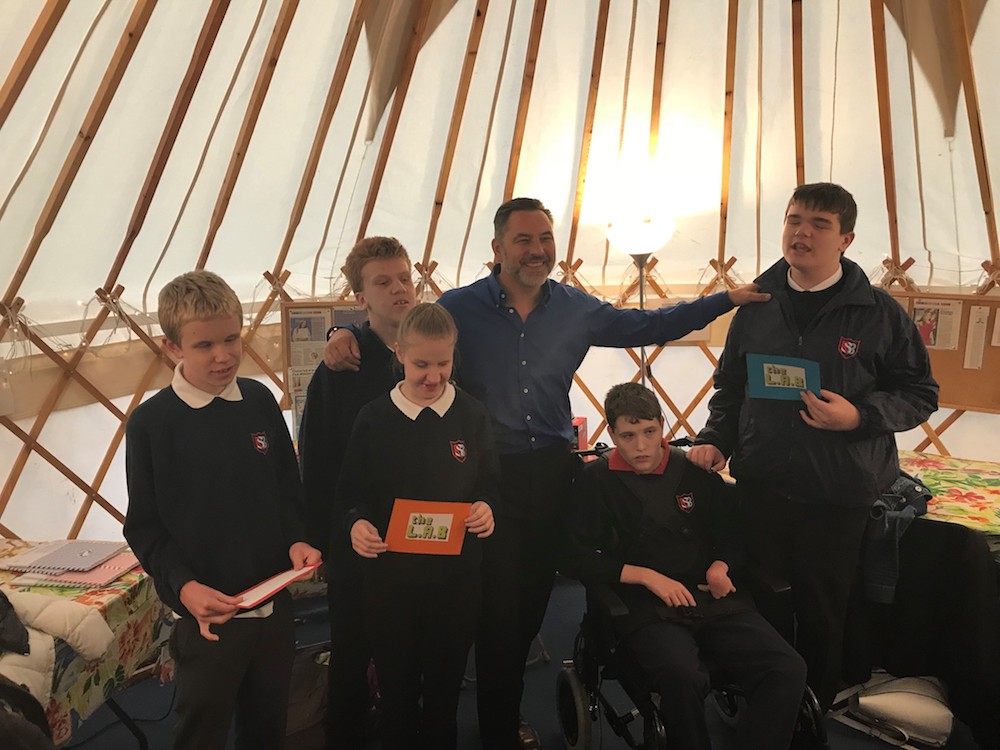 Author and comedian David Walliams faced five interviewers today at his only Book Festival interview when he met pupils from the Royal Blind School earlier today.

Walliams has written books such as World’s Worst Children and Bad Dad which it must be said are firm favourites with some of his interviewers.

Pupil, Amy, is a big fan of Mr Walliams’ books – her favourite is World’s Worst Children.

She said: “It was good to meet David, I really enjoyed interviewing him.”

The BBC Scotland LAB team have trained the pupils in digital media and they also led a session on interview techniques earlier this week. The pupils then had a chance to put their new skills into action earlier today.

“We are very grateful to BBC LAB for selecting the Royal Blind School’s pupils to interview David Walliams, and to Jo and Chris for coming along to the school to prepare the pupils for the big day.”

Johanna Hall Project Leader, BBC LAB Scotland, said: “The young people from our workshop are big David Walliams fans. With their newly honed interviewing skills they were ready to do a great interview. They had some interesting questions lined up, including one about brussel sprouts!”

The Royal Blind School is Scotland’s only residential school specialising in the care and education of vision impaired children and young people, including those with complex needs and vision impairment.