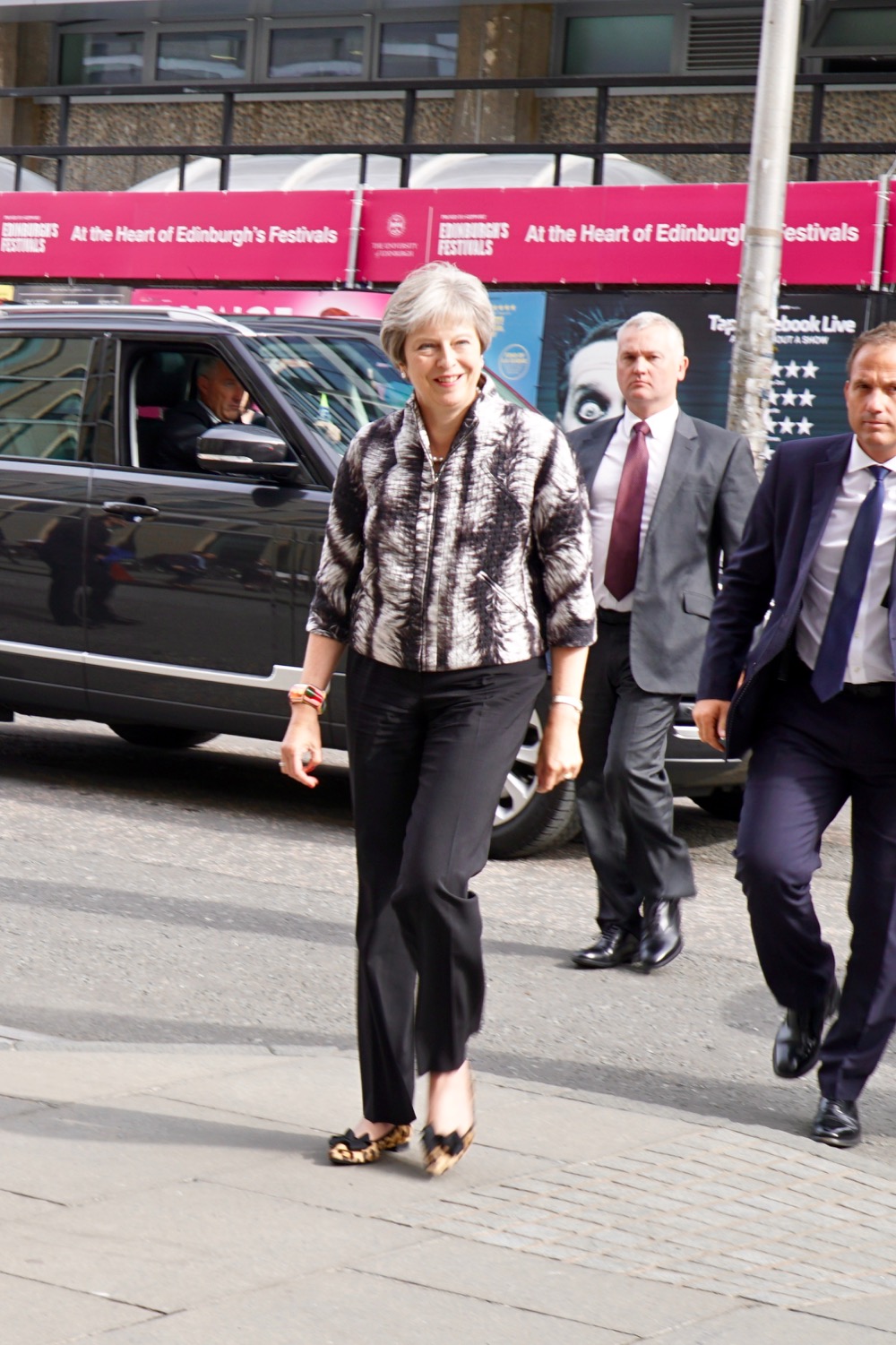 The Prime Minister Theresa May visited Edinburgh on Wednesday to discuss Brexit plans with the First Minister, to see a Fringe show at Assembly and then to sign the Edinburgh and South East Scotland City Region Deal.

The last is the most important for Edinburgh as it promises £1.3 billion for the city and the surrounding area, including improvements to Sheriffhall Roundabout and a contribution to the cost of the new concert hall in St Andrew Square.

But among the many stories written about the visit this seems to have been largely forgotten. The crowd who roundly booed the Prime Minister when she left the Informatics Building on Crichton Street certainly did not seem to know anything much about the investment for Edinburgh.

It was in 2016 that the council agreed to contribute £100 million to the deal and other partners in the surrounding council areas of Fife, Midlothian, Scottish Borders and West Lothian all agreed to do the same.

Last year the Heads of Terms for the city region deal were agreed with the UK and Scottish Governments attending a signing at the Hilton Doubletree Hotel.

With the two governments committing £300 million each the deal is now worth over £1 billion but it is expected to generate about five times that in Gross Added Value over the next 15 years.

The key commitments then (and, we understand in the signed agreement) are :

We spoke to Council Leader Adam McVey about the deal and its significance :

A quick word with @adamrmcvey about the significance of the Prime Minister’s visit to Edinburgh – to sign the £1.3 billion City Region Deal pic.twitter.com/HGsvJ97jx0

We were not allowed into the building to hear the speeches. The meeting had been kept under wraps by Downing Street and the Prime Minister had also visited a Fringe show at Assembly earlier in the day. But David Brown, Head of Government & Public Sector for PwC in Scotland, who was there, commented:  “We are delighted that the £1.3 billion Edinburgh and South-East Scotland City Region Deal has been signed today and at PwC we look forward to seeing, and being part of, the transformative effect it will have on our business community.

“The Deal laid out ambitious plans to put digital technology at the forefront of the local economy and help Edinburgh be a global leader in data science.

“The £300m investment in creating world-leading data innovation centres was a major part of that plan and is proving to be transformational for the University of Edinburgh, the City, its regions and Scotland itself.

“Bringing together the brilliant young minds developing ground-breaking technology and the businesses who require such solutions is fundamental to PwC’s ongoing relationship with the University of Edinburgh.”

The Prime Minister took to Twitter to tell us about her visit :

“The City Deal will put Edinburgh at the cutting edge of that work and it is exciting to think about the future possibilities that this investment will open up.” – PM @Theresa_May in Edinburgh yesterday pic.twitter.com/b98uyPYZbW