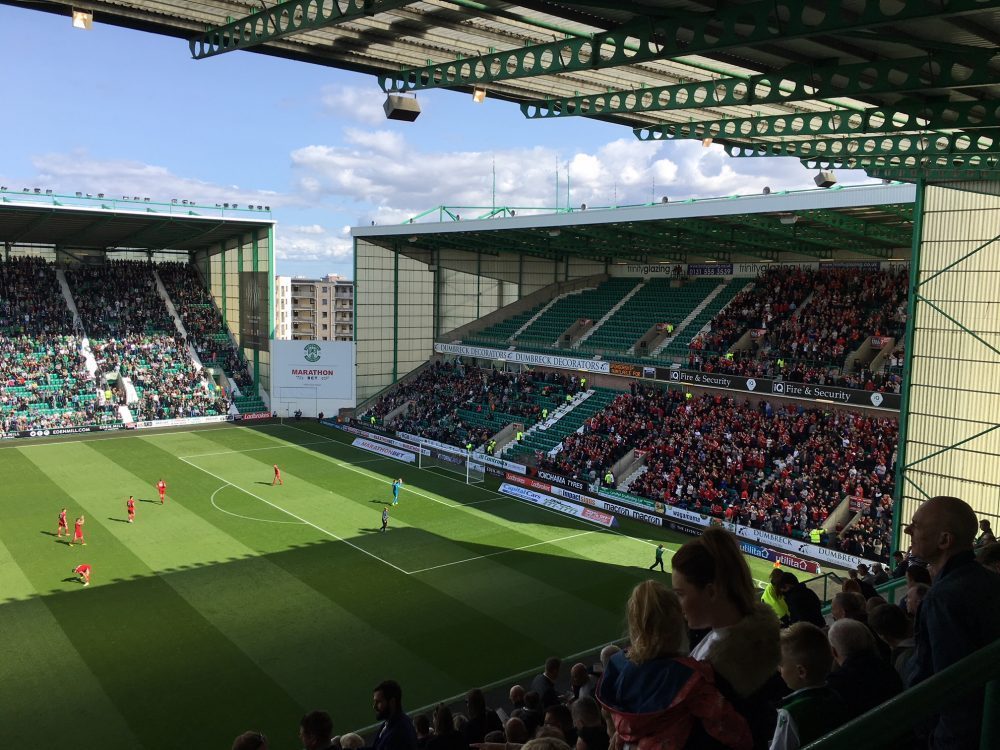 His team dominated throughout but went behind against the run of play just before the break after failing to defend a corner from the right hand side when Stevie May out-jumped the Hibs’ defenders and headed the ball back into the danger area. Adam Bogdan managed to get a hand to the ball but it spun clear and Tommie Hoban fired itl into the net from close range.

That changed Lennon’s half time team talk but Hibs came out for the second half with all guns blazing although it took until the 84th minute before parity was achieved.

Both sides had penalty claims waved away by referee Andrew Dallas who managed to unite every fan inside the ground and he left the field at half time and full time to a crescendo of boos from all four stands.

Despite Dallas’s performance, both sets of players produced a superb game of football played at a frenetic pace with no quarter asked or given and the fans went home satisfied.

After the game Lennon said: “I thought it was a very good performance. We lacked a little bit of oomph up front.

“We knew that with Flo Kamberi being out and being up against a very strong back four but I thought the performance was excellent and we deserved better.

“My only bone of contention was the goal we conceded. It was awful. We emphasise set plays to the players and it’s a set play we have conceded from.

“In that aspect, you have only yourself to blame when you start chasing the game 30 seconds before half-time. It’s ridiculous from our point of view.

“It meant I gave them a rollicking rather than saying well played.