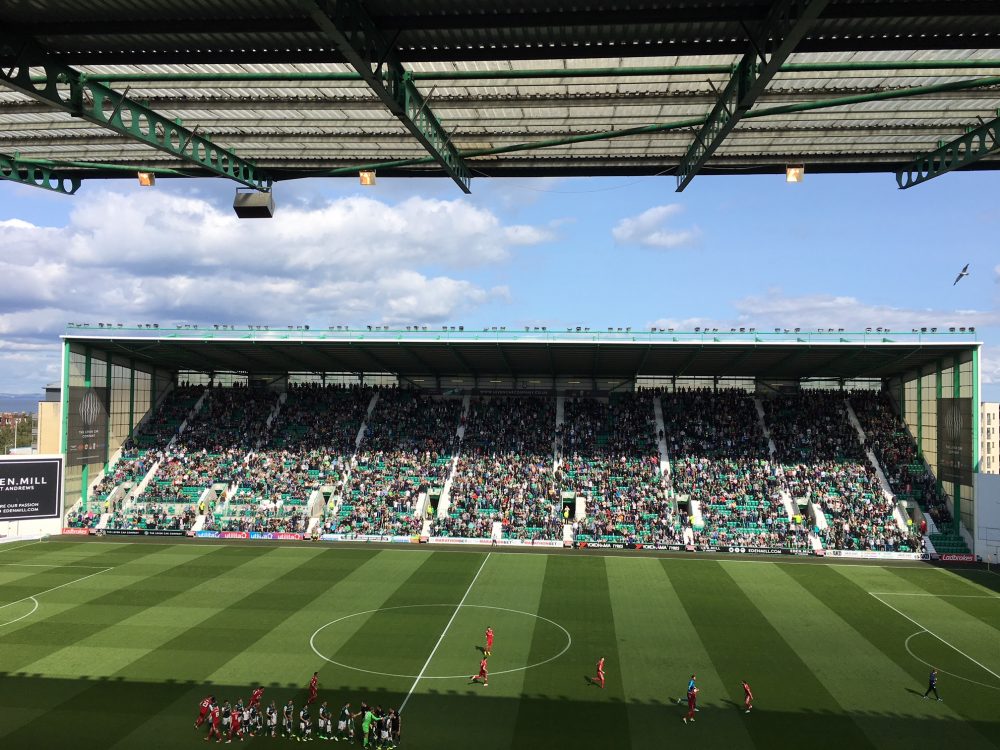 Hibs’ on-loan striker Jamie MacLaren believes that the prospect of losing their unbeaten home record in 2018 spurred the players on to achieve a draw against Aberdeen on Saturday.

The Australian came off the bench to grab the deserved equaliser with six minutes remaining following good build up play from Efe Ambrose, Steven Whitaker, Daryl Horgan and Paul Hanlon.

This was MacLaren’s first goal since returning to Easter Road after spending the summer with the Socceroos at the World Cup in Russia. His Aussie team mate Mark Milligan will soon be joining him in Edinburgh and the pair are looking forward to the season ahead with confidence.

Hibs now sit third in the table behind Hearts and Celtic and face Livingston at the Tony Macaroni Arena next.

“The unbeaten record is something we do talk about in the dressing room before the game.

“It is something we can take confidence from and I think the fans feel it as well, because you could hear the noise as we tried to get the goal to try and win the game.

“I probably touched the ball three times in 15 minutes and one of them was goal!

“That is what the gaffer has brought me in for and I am just glad I could contribute.

“I would like to think I can really kick on and put the ball in the back of the net consistently now.”

Meanwhile media reports this morning have linked Danny Swanson with a move to ross County or Dundee before the transfer window closes on Friday.