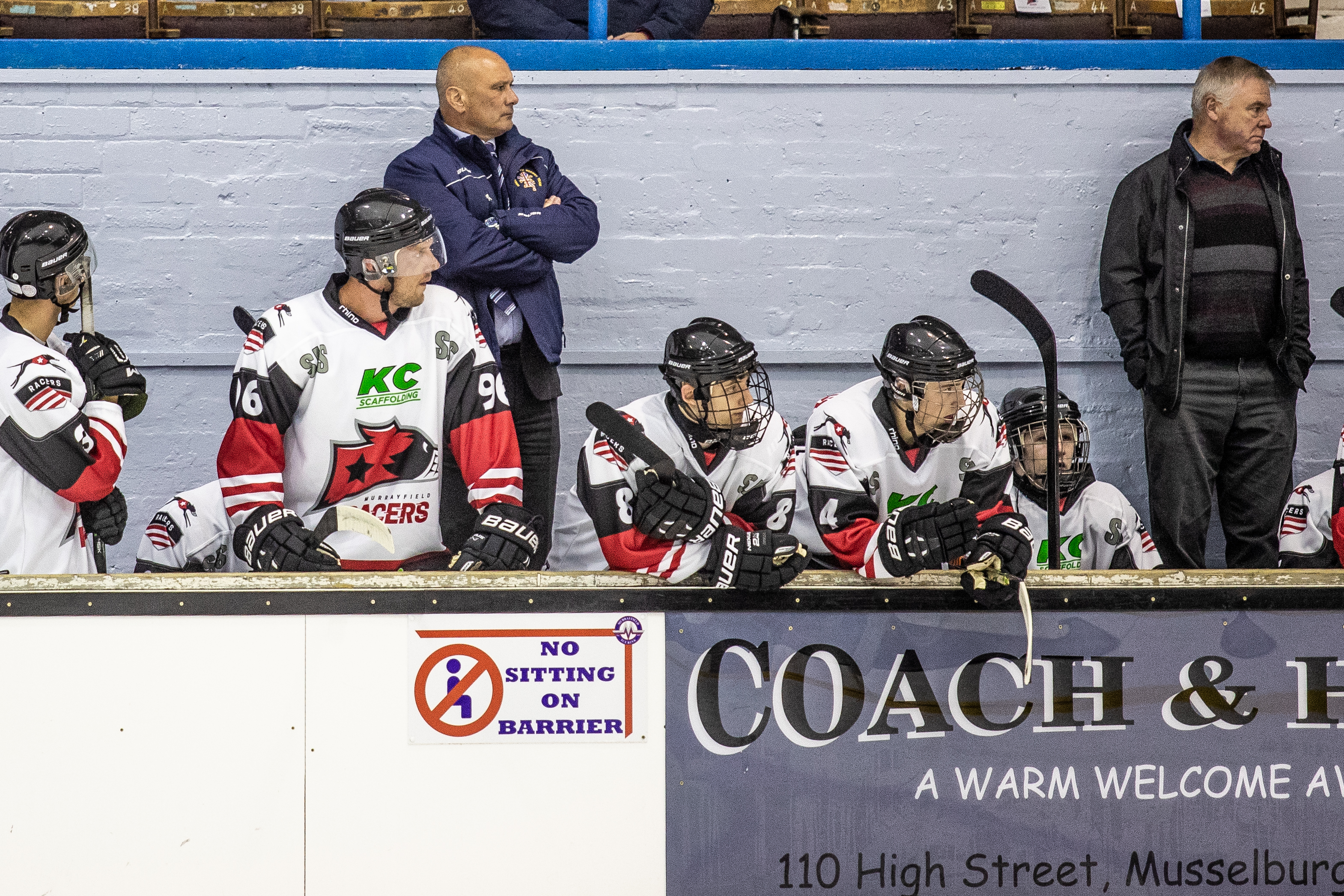 Tony Hand was a fierce competitor as a player and remains the same as a coach.

Murrayfield Racers’ director of hockey admitted he was not happy losing in overtime to Dundee Comets in the two-leg Caledonia Cup at Murrayfield on Sunday.

Comets bounced back from a 6-3 home reverse on Tayside on Saturday to win 5-3 at Murrayfield and then snatch the silverware through a goal from Edinburgh-based Lewis Gold in the last second of sudden-death overtime.

And the ice hockey legend admitted: “You are never happy losing, but we had a fantastic weekend.

“I learned a lot from the players. Remember, we had two practices and we were playing against a team who won every competition in the league last year.

“They obviously have a lot of skilful players and we are still finding our feet, but to take them (Comets) to overtime after such little preparation I thought was a great result.

“I saw a lot of good things in our team, but we have a lot to work on and a lot to improve on, but, all in all, it was a good weekend.”

Hand felt Sunday’s game provided great entertainment value for the fans who turned out in their hundreds to watch the re-born team.

And the former Murrayfield Racers and Great Britain star, who also played for Ayr Scottish Eagles and Dundee Stars, said: “I would like to thank the fans who took the time to come out to watch the Murrayfield Racers.

“The atmosphere was great and the excitement was good. Hopefully, it will be like that for the rest of the year.

“Murrayfield Racers are definitely back and we know that we can improve as a club on the ice and off the ice.

“We need to find players and develop players in the system to help us grow in Murrayfield and obviously we need to work on things off the ice.

“Sunday was a test for us to see if there are any issues and we (the board) will have a meeting this week and take it from there, but for the first weekend it was pretty good.

“Last year they were sitting with around 50 people there watching the Scottish National League team.

“We had 450 people in the building and we know we will have to keep working on it.

“Yes, it will be like a roller coaster for a little while, but we are making sure we are in this for the long-term and, if it takes a year or two to get where we want to be, then fine. However, the response from the fans was fantastic.”

Racers are next in action on Sunday v North Ayr and Hand said: “They are a pretty good team. I have not seen yet but hopefully we have the same excitement that we had this week.”