‘West Texas is a pretty hard place to be a vampire.’ (Andy Davidson)

The days of every vampire story being set in Transylvania may be long gone, but Texas is a long, long way from Romania, and even from Rhode Island (where a suspected case of vampirism occurred as late as 1892.) So why, asked chair Ryan Van Winkle, has Andy Davidson set his first book In the Valley of the Sun, in the Lone Star State?

One of the answers, Davidson said, is that he was thinking about loneliness. As one of the largest states in the union, Texas has a mythic status. It’s full of wide open spaces and sunlight, both of them anathema to vampires. He wanted to put one of his central characters, Travis Stillwell, in a difficult environment – so where better?

Davidson’s sense of place reminds Ryan van Winkle of Steinbeck. Bob Pastorella (This is Horror) has called it ‘supernatural rural noir’. It makes me think of Ode to Billy Joe. The same bleakness, the same mystery, the same sense of melancholy and decay. Davidson can handle landscape so that it seems different when different people inhabit it; a sundown can evoke a sense of dread in four words; ‘the sun bled out’. He reads from a scene describing the whereabouts of Travis’s nemesis, Rue;

‘The blood is hot and dry like a Texas wind….she roosts, she roosts and dreams darkly.’

For Ahmed Saadawi, the setting of his prize-winning novel Frankenstein in Baghdad was never in doubt. Sadaawi is an Iraqi and lives in the capital. In a country that has suffered years of foreign intervention and violent internal upheaval, Saadawi’s story seeks to highlight the absurdity and sheer futility of war.

Frankenstein in Baghdad is set in a just a few streets, but as home to people of many different religious and ethnic backgrounds, those streets encapsulate both the city and the country. Similarly, ‘Whatshisname’, the monster who roams those streets seeking vengeance, is made up of many body parts (parts originally picked up off the streets by a local scrap dealer). He is, Saadawi explains, a symbolic representation of all of us : ‘People who fight start forgetting what they are fighting for, but they keep doing it for different reasons. In history, especially in the Middle East, people who are trying to achieve justice eventually become part of the problem.’ Just as Whatshisname can’t stop seeking revenge on behalf of every body part he has acquired, so Travis Stillwell is trapped in a cycle of violence (he has served in Vietnam), controlled by his insatiable hunger, but sickened by every attempt he makes to satisfy it. Davidson didn’t want to make Travis’s life look like fun, (and he’s certainly succeeded there); drinking blood and hiding from the sun all day aren’t exactly fulfilling pursuits, and it’s through Travis’s suffering that the reader starts to find sympathy with the character;

‘He’s a serial killer from page one, but maybe he’s a moral one…..we find points of compatibility with a monster…he’s made mistakes.’

Travis, and Rue do bad things, but they are perhaps reflecting the bad things of which we, as a species, are capable. This emotional connection between Travis, Rue and the reader is very important to Davidson, and one of the reasons why the book is not written in linear style; he needed to find a place to feed in certain things about the characters’ back stories. Whatshisname shows us, says Saadawi, that although one person may commit a crime, everyone is morally responsible for it, and it’s important that we remember that to avoid endless repetitions. In Iraqi superstition, fantasy and supernatural creatures have always been popular, especially in times of war when societies become fragmented. When Saadawi was writing the book there was heavy fighting between American troops and Iraqi insurgents in the city of Fallujah, and many people reported that a giant spider had eaten US soldiers, or that a monster scorpion had rampaged around a graveyard. People wanted someone – or something – to blame for crimes to which no-one was prepared to admit. In such a culture, Whatshisname is perhaps just another scapegoat – but Saadawi wants us to see that we are simply deflecting our own collective responsibility onto a fantasy figure. In war in particular, people rarely hear the other side’s point of view, but each one of us is made of different components, even if they’re not other people’s noses and ears.

Two horror stories, both of them fiction, both with things to tell us about modern society. A genre that has spent too long in the shadows is rapidly becoming a highly respected literary phenomenon.

In the Valley of the Sun by Andy Davidson is published in the UK by Contraband (an imprint of Saraband).

Frankenstein in Baghdad by Ahmed Saadawi is published in the UK by Oneworld Publications.

The Edinburgh International Book Festival continues until 27 August 2018: the full programme is here. 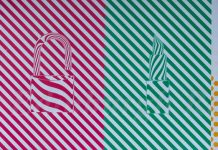 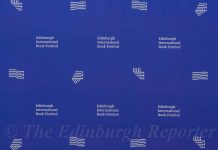 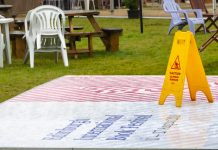 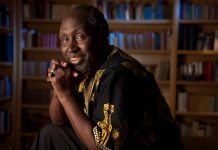