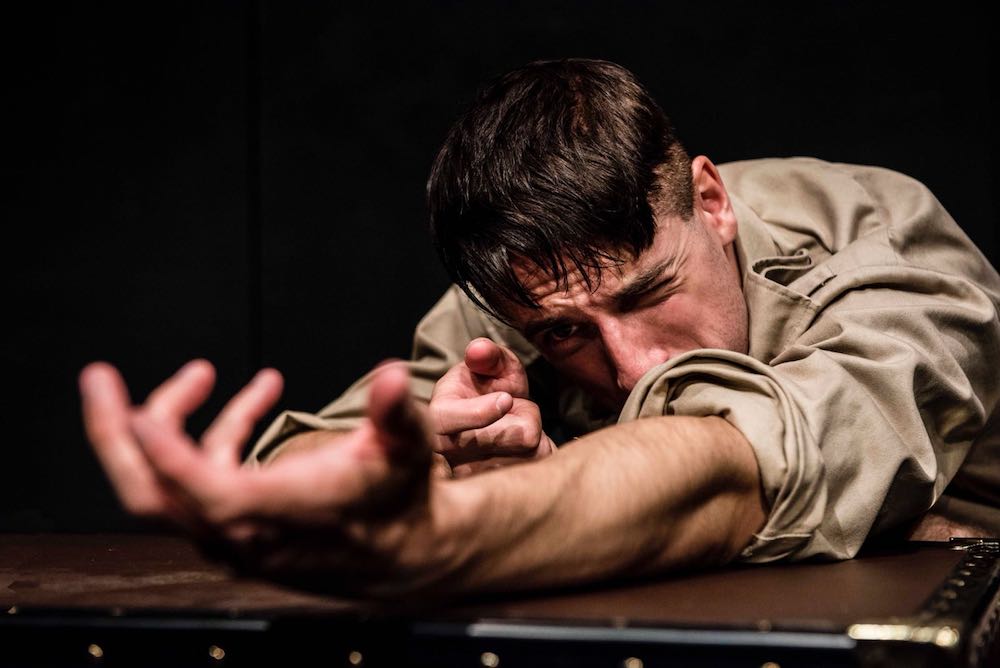 In Loyal Company is a powerful and personal one-man performance by David William Bryan. This is an account of a single man’s experience of the Second World War and helps to combat the portrayal of the army as a numberless entity. Bryan skilfully leads the audience on an imaginative journey from Britain to South East Asia creating visual new worlds with his words.

Despite a minimal set with only one wooden chest to aid his narration, the audience is able to embark on a thrilling and intense experience. The lighting is used intelligently to heighten the drama, as the sudden switch from dark to light and the use of the spotlight has the ability to transform one setting into another. Sound is also an integral feature of the performance as the rise and fall in noise levels mimics real world background noise. It is striking that the sound is at once able to fill every corner of the room, which has the power to immerse the audience in different worlds in seconds. Bryan is a captivating performer. It is easy to forget that he is the only actor because of his ability to quickly transition between characters. He does not just adapt other voices; he seems to inhabit them. It is clear that the performance is an emotional experience for both actor and audience. The story is one close to him and highly identifiable for those watching. This show is a visceral display of war, made memorable by Bryan’s commanding presence.

Upon the centenary of the end of the first world war, this show is made more meaningful as an account of the war that followed and the lessons that were not learned. The performance’s exploration of experiences of the British in South East Asia offer a fascinating yet highly poignant new insight into the war. Don’t miss it.