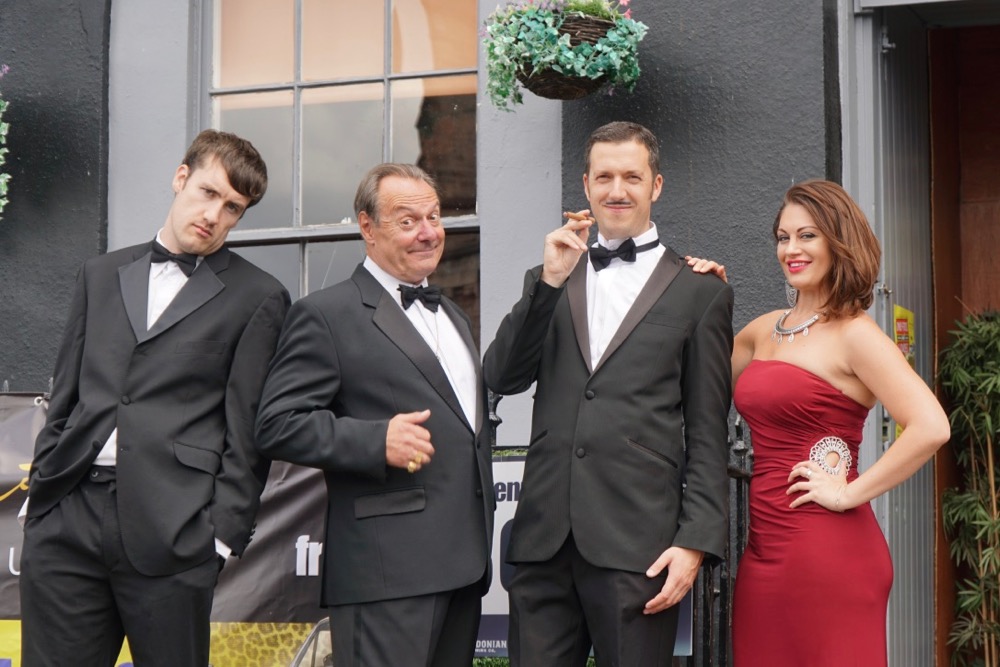 It is rather disarming when you meet somebody who is already in character although they are not near a stage, and even more disarming when they keep up the character (nearly) all the way through the interview! The guy in question is Denny Hodge – and while you may not know his name you will absolutely know his character – Del Boy. Let’s just say that I managed to avoid buying the gold watch from him for a mere £7.50…..

The foursome are entertaining diners at the Kama Sutra while they enjoy their rogan josh and curry, and judging from the smiles the show (and the food!) is all going down well.

Del Boy is the mainstay as he was in the TV series, but the others play at least one or two of the Peckham characters, and are equally convincing.

Denny Hodge has a lot of experience in this sphere. He has appeared on some of Britain’s most successful sitcoms in the last three decades. Shows such as Birds of a Feather, Keeping Up Appearances, Blind Date and As Time Goes By are all listed on his CV. Dame Judi Dench named him in her autobiography as her rock.

Mange tout mange tout! @ComedyDining with @DennyHodge1 for a hilarious meal with a difference (resisted buying the watch!) pic.twitter.com/LBNKj6I5nq

Do go and see them at the Kama Sutra – but beware of buying anything other than what’s on the menu!