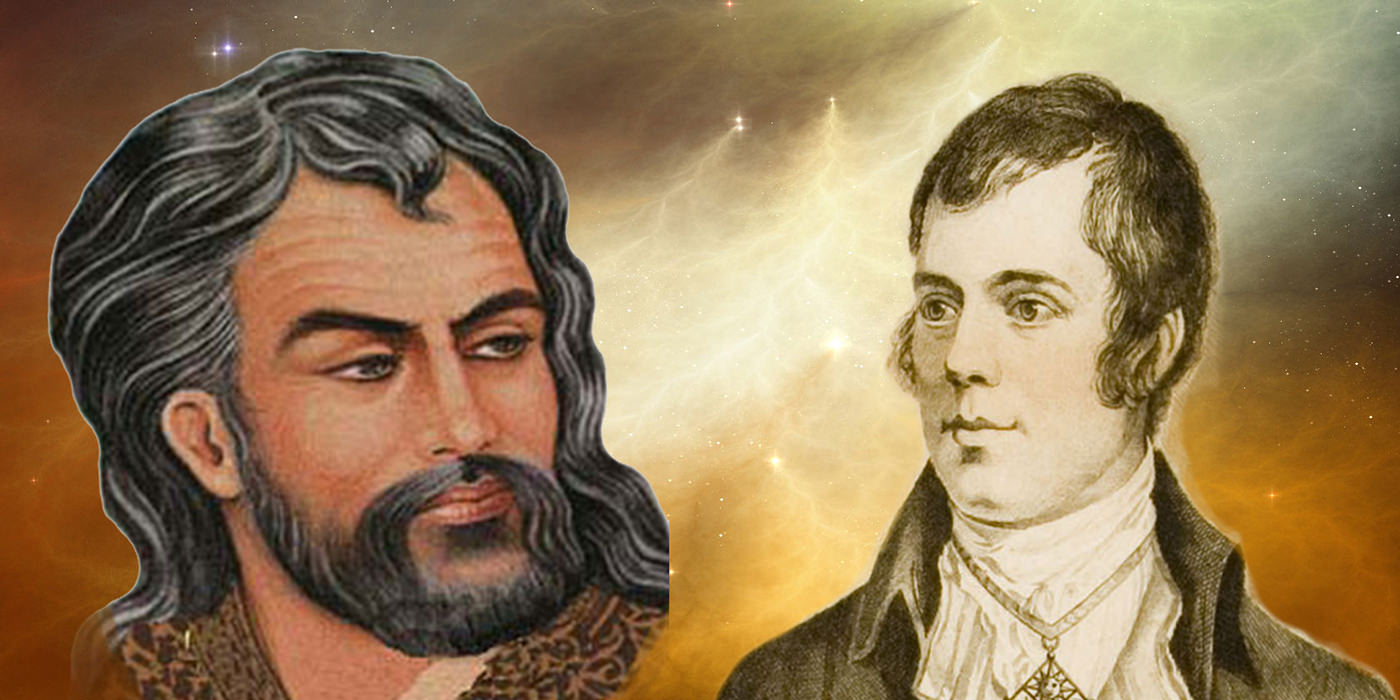 Scotland’s Bard Robert Burns and the 14th century Persian poet Hafez seem as unlikely a literary pairing as Irvine Welsh and Charles Dickens.  Not according to Talking Sheep Theatre who are performing a show based on the work of Burns and Hafez at the Nomads’ Tent on Sunday 19 August. The show was originally developed for Edinburgh’s Iranian Festival  in 2017 and has since been performed in St Andrews Byre Theatre, and in London at SOAS (School of Oriental and African Studies) and the prestigious Victoria and Albert Museum.  “Audiences love the contrasts and similarities” explains Mark Meiklejohn, the show’s creator.  “There’s guitar and bass for Burns and santoor and daf for Hafez. There’s songs and recitations in the Scots and Persian languages; and the verse forms of the Habbie Stanza and the Ghazal”

“What really surprises audiences though is the similarity of the themes of the poets’ work.  Both write about drink, love and the irritatingly pious. Burns was a Protestant Christian and Hafez a Muslim, they lived 4000 miles and four centuries apart, but they actually have loads in common. They are both accepting of imperfections and scathing about hypocrisy, they are both big lovers of pleasure who believe you should make hay while the sun shines, they can both be very funny, and both write primarily for performance – which is good news for a stage show!”

The special performance at the Nomads Tent is in aid of Mercy Corps.  Mark explains “Our very first gig was in the Nomads Tent, and if it wasn’t for the support of the Edinburgh Iranian Festival and the room donated by Nomads Tent, I doubt we’d ever have got the show onto a stage, so it’s a real privilege to be able to return and support the Nomads Tent’s nominated charity, Mercy Corps.”

If you’ve never heard of Hafez (or indeed Burns) this might well be the perfect introduction, coming not just with poems and songs, but also with context, discussion and, for those who struggle with Persian (or 18th century Scots) there’s no need to worry, as there will be English Subtitles.