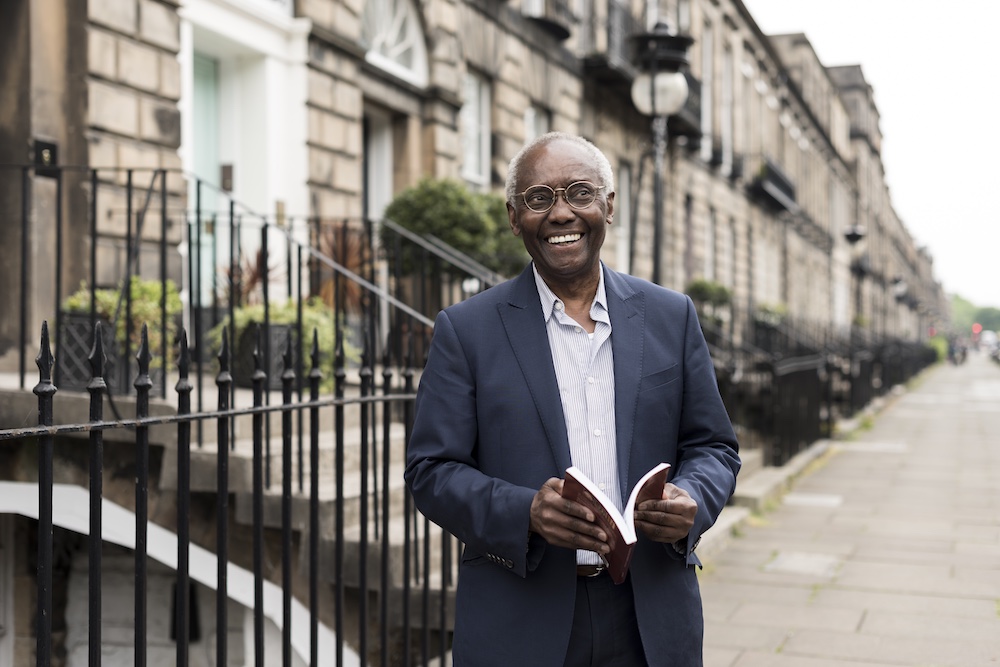 The Tron Kirk has become home to a new exhibition which opens today all about the Old and New Towns of Edinburgh which are both UNESCO World Heritage sites.

There are explanations of what is so unique about Edinburgh and it addresses head on the problems of being recognised as something worth keeping. There are sections including ‘CIty of Contrasts’ ‘Survival Stories’ and ‘High and Mighty’ which give you the formal reasons, but there are also sections of the exhibition which challenge people who live here or visit here. The aim is to get you to think differently about Edinburgh and also think of the answers to some uncomfortable questions.

Are we doing enough to conserve the authenticity of the site?

What was the role of transatlantic slave funding in building the city in the 18th and 19th centuries?

Why are there no statues of women?

There are narrations about the other five UNESCO sites in Scotland St. Kilda, The Heart of Neolithic Orkney, the Antonine Wall, New Lanark, and the Forth Bridge. You can also visit John Kay’s Shop at the Tron which is a museum style shop selling heritage merchandise specially commissioned for sale here. Proceeds from the sales will help to make the space sustainable.

There are videos, quotes and portraits by the award-winning Scottish photographer Alicia Bruce.

The charity Edinburgh World Heritage has taken over the Tron Kirk as part of a longer-term effort to conserve it. It is currently on the ‘at risk’ register and it is said to be one of Edinburgh’s most difficult conservation challenges.

Adam Wilkinson, Director of Edinburgh World Heritage said : ‘This is a first step in a longer-term plan for the Tron. We are just scratching the surface in terms of the meaning and importance of World Heritage in Scotland, but it’s important we start raising awareness of these wonderful sites and having open and honest discussions about some of the issues. The building itself is in a poor state, as people will see for themselves, but we are confident that over time we will be able to properly conserve and refurbish the Tron so that it becomes, once again, central to the life of the city’.

Barbara Cummins, Historic Environment Scotland’s Director of Heritage added: ‘Ourvision is that as many people as possible understand and appreciate Scotland’s six incredible World Heritage Sites, so this new exhibition is very welcome. This important building also needs a long-term sustainable use, which has been a challenge for the city for many years. We look forward to working even more closely over the coming years with our partners at Edinburgh World Heritage and the City of Edinburgh Council tomake this project a success’.

Cllr Neil Gardiner, Planning Convener of City of Edinburgh Council, commented: ‘I’m delighted to see the Tron used for such an important purpose. Edinburgh’s heritage belongs to all our citizens. Our World Heritage Site is so important to Edinburgh – for cultural, social and economic reasons, and the more people who understand and engage with it, the better for its long term conservation. The Tron initiative can make heritage accessible to all our communities and international visitors, whilst also highlighting the challenges we must face together. The building also holds a specialplace in many people’s hearts, as the place where Hogmanay was traditionallycelebrated in Edinburgh. I would encourage everyone who lives in, or visits the city to go along and enjoy the exhibition’.

The Tron Kirk is almost 400 years old, and for many years was the gathering place to celebrate Hogmanay.

Built between 1636 and 1647, John Mylne’s design for the Tron was modelled oncontemporary Dutch examples and boasts one of Scotland’s two surviving hammerbeam roofs. The kirk takes its name from the public weighing beam that stood outside of the building. This was an important gathering point, where goods were measured, and where minor criminals were punished. Beneath the Tron are archaeological remains of Marlin’s Wynd, the earliest paved street in Scotland.

In the late 18th century, the kirk was reduced in size and the busy warren of tenements and closes that surrounded it were demolished to make way for North and SouthBridge. This connected Edinburgh’s Old Town to the recently constructed ‘New Town’.Though diminished in size, the Tron retained its prominent role in the city’s life andwas the venue for the General Assembly of the Church of Scotland from 1830 to 1840.

Over the years, the Tron has withstood fire, riots, two World Wars, dry and wet rot, at least two demolition proposals and various changes in use. Although the building survives, it is in a poor state of repair and is included on the Historic Environment Scotland Buildings at Risk Register.