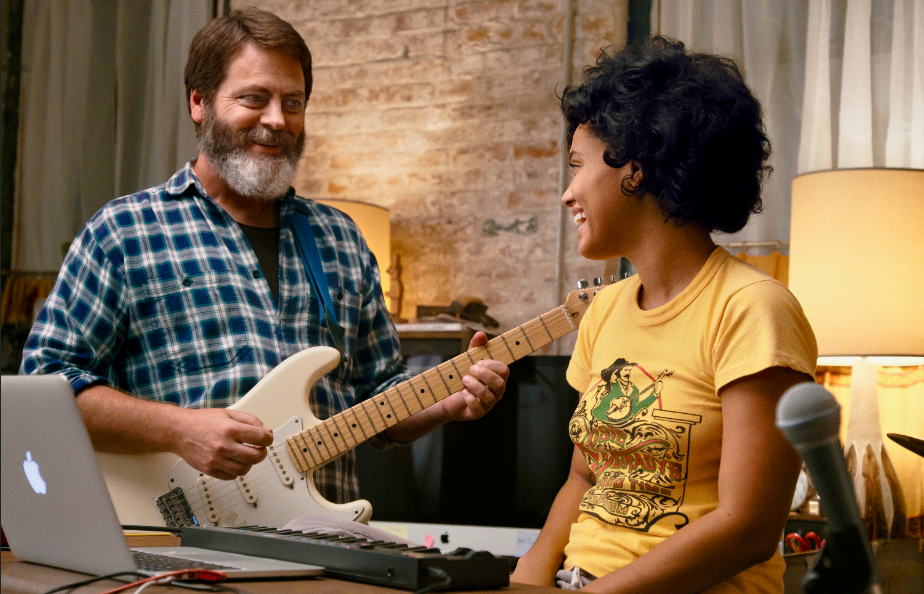 In the hip Brooklyn neighbourhood of Red Hook, widowed dad and record store owner Frank (Nick Offerman) is preparing to send his daughter Sam (Kiersey Clemons) off to California to study medicine, while being forced to close his shop. Hoping to stay connected through their shared musical passions, Frank urges Sam to turn their weekly “jam sesh” into a father-daughter live act. After their first song becomes an internet breakout, the two embark on a journey of love, growing up and musical discovery.

The father-daughter dynamic provides the guts of the film, with Offerman’s Frank a childlike dreamer willing to gamble both their futures on a whim, and Clemons’ Sam the voice of reason. No moment sums it up better than when Sam gently but firmly corrects her father’s grammar as he is trying to convince her about something, and he corrects himself without a trace of resentment.

The tension of opposing dreams, the deep affection they have for each other, and the indisputable desire for the other’s happiness makes for a film that is simultaneously affecting and joyful.

With a stellar supporting cast featuring Toni Collette, Ted Danson and Blythe Danner and a soundtrack by Keegan DeWitt that you’ll want to download as soon as you exit the cinema, director Brett Haley has created that rarest of things – a tender, authentic film that unashamedly wears its heart on its sleeve.

Hearts Beat Loud is on general release from 3 August.