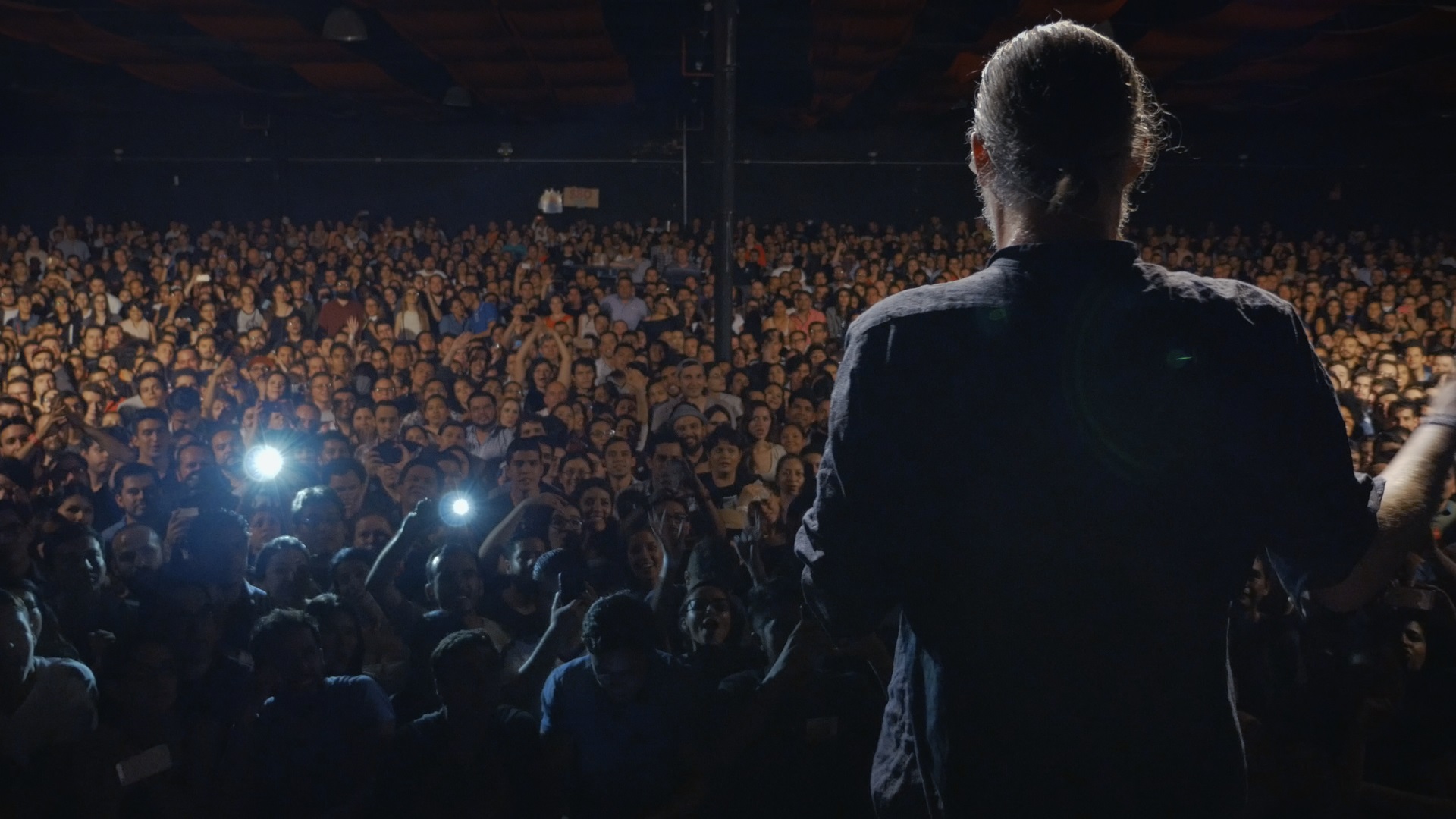 Two years ago, Travis frontman Fran Healy had an idea to direct a music documentary with a difference. “I wanted to create a picture of us at that point, take a music journalist with us, to interview us and the fans. I just thought it would be much more honest and interesting if they weren’t a fan.” He knew just the man – journalist Wyndham Wallace, who told Healy he didn’t like his band during their first encounter in 2013. The resulting film – Almost Fashionable: A Film About Travis received its world premiere at the Edinburgh International Film Festival on 29 June.

Wallace accompanied Travis – Healy, Dougie Payne, Andy Dunlop and Neil Primrose – on a ten-day tour of Mexico not just for a free holiday, but to understand where his prejudices against the four-piece had originated. Although he didn’t have high hopes of changing his mind: “I didn’t think the trip was likely to win me over to their music. I figured I’d just give them a chance.”

Almost Fashionable is a film with love and humour at its core. I chuckled watching sceptical Wallace interview excitable fans in Mexico. He asks fans repeatedly why they love Travis in a tone you may use to ask a child why they enjoy picking their nose and eating it. Travis’ music means something to these people. The deeply personal songs which Healy wrote as: “postcards to someone you love, someone you hate, someone who dumped you” strike an emotional chord with their audience and tracks written in the mid-90s still feel fresh today.

As well as being a portrait of one of Scotland’s most successful bands, it’s also an examination of what it means to be a critic, a fan and where those lines blur. Wallace spoke to some of the most respected voices in music journalism to understand why Travis are a band the media love to hate. Many hold Travis’ music in contempt or write it off as a bit of fluff, boring or nice. The more the band’s success rocketed (second album The Man Who would be owned by 1 in 6 UK households) the more vitriolic the press became. Reviews became snide and in some cases downright lazy. In one of the most memorable scenes from Almost Fashionable journalist Pete Paphides rips this two star review to shreds. Basically, if you’re not edgy enough for the cool kids of musical journalism, they will happily slate you without questioning the root of their bias.

But critics don’t go into their profession to hate something. They start out as fans who become so passionate about something they love – whether it be music, film, literature or art – that they make a career writing about it. Cynicism must creep in when you review hundreds of films or records a year. How do you have time to form an original, constructive opinion on everything you hear and see? Healy came to realise in the making of the documentary that music criticism is: “a bit like pantomime, it’s not a personal attack and you learn to take the blows.” In an overcrowded arena which sees media outlets fighting for readers attention – snarky sells.

Healy and editor/co-producer Sarah Iben painstakingly whittled down 80 hours of footage, shot by cinematographer Cristian Pirjol, into an hour-long film that in the wrong hands could have been an ego trip or self-congratulatory drivel. But Almost Fashionable is an ode to enduring friendship, to making music not for critics or plaudits but because you still love doing it. It’s an antidote to the ever-present bad news we’re bombarded with daily and a reminder that “nice” isn’t a four-letter word. Wallace himself says: “A bit more niceness would be very helpful right now. In fact, that’s one of the most important lessons I learned on our trip. Seeing people being nice is a whole lot better than seeing people being nasty.”

A film for fans and cynics alike which is surprisingly funny, touching, thought-provoking and can stand proudly in the company of its Edinburgh Film Festival counterparts Whitney and George Michael: Freedom. Healy may avoid reading reviews but the response from the festival crowd was clear – as Almost Fashionable was deservedly awarded the prestigious Audience Award on the final day of the festival.