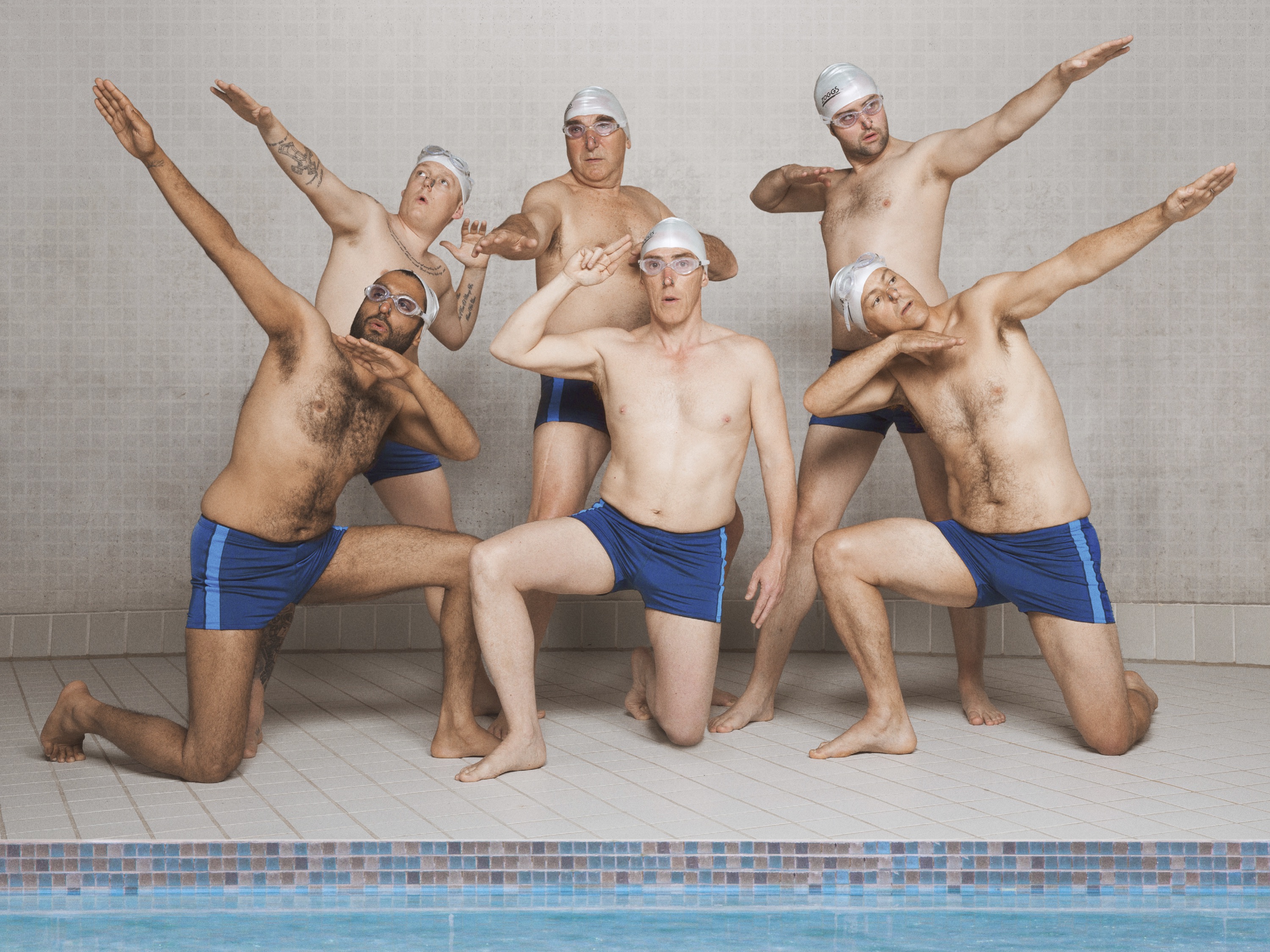 A bittersweet British comedy packed with delightful performances, Swimming with Men – hailed ‘The Full Monty in speedos’ – is a winning comedy drama, with Rob Brydon excellent as a middle-aged man who stumbles across a rather unusual way to try and deal with the issues in his marriage.

Brydon plays Eric, an accountant whose life seems to be in order until in a moment of middle-aged madness he starts to think his wife, Heather (Jane Horrocks), is having an affair and he moves out of their home. He finds solace of sorts at the local swimming pool, where he ends up joining a team of similarly challenged men who form a male synchronized swimming team. Against all odds, they end up training for the world championships in Milan, with Eric hoping his wife will be impressed by his new skills. Director Oliver Parker says of the project: “The heart of it then is men in middle age: men and their bodies, men and their friends, their vulnerabilities, dreams and disappointments. No longer peak physical specimens, nor brimming with potential or testosterone, our dented heroes find some kind of peace and satisfaction in the pool. Together they are capable of achieving rare, if faintly risible, things. This is what really seduced me: matching the inherent comedy of the conceit with the fragility and tenderness of men struggling to make sense of their lives.”

Swimming with Men features great performances from Jim Carter, Rupert Graves, Daniel Mays, Adeel Akhtar and Thomas Turgoose as the would-be synchronised swimmers, all of whom are using the sport to deal with their own issues.

It would be easy to play this for laughs – it’s a funny movie, but rarely at the expense of the characters, who are presented as both earnest and sympathetic. You find yourself rooting for them, with minimal cringing. While warm-hearted, the film avoids becoming overly soppy through sharp, clever dialogue and just a touch of darkness. Lots of fun.

The Closing Night Gala of the Edinburgh International Film Festival took place last night at the Festival Theatre. The film goes on general release on 6 July 2018.