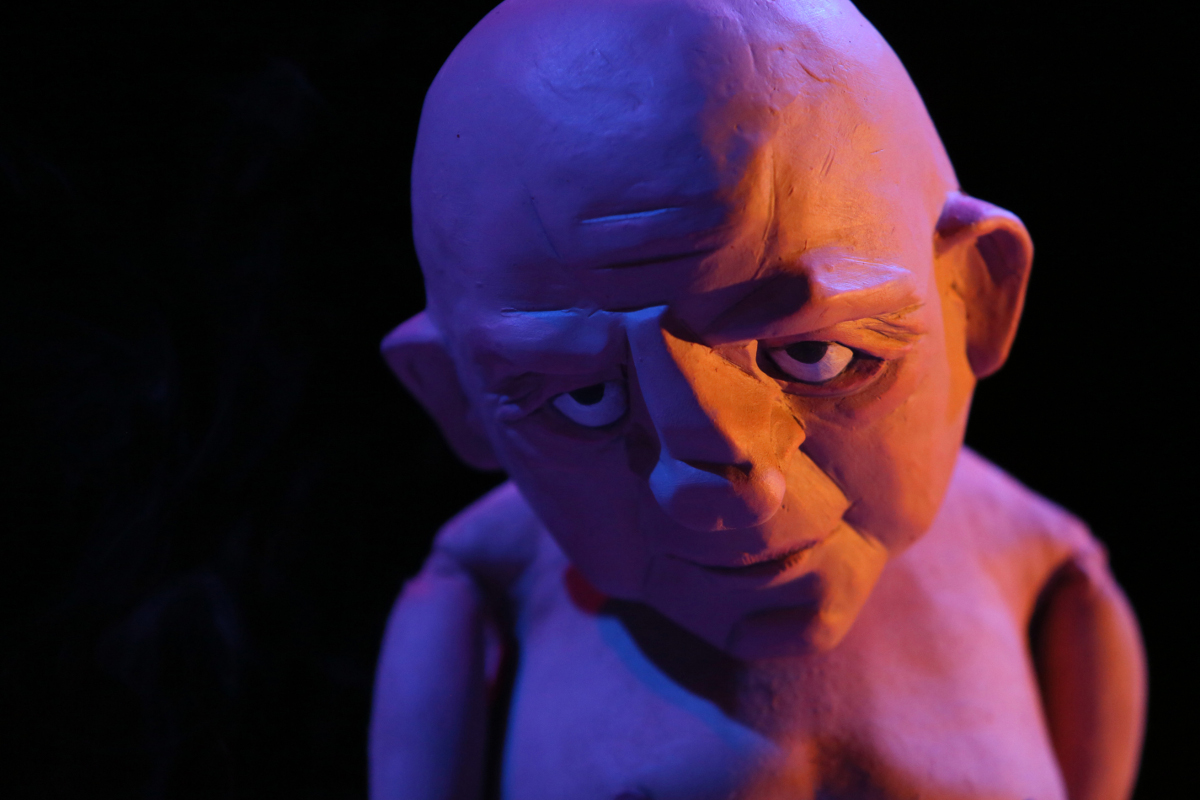 With creative team members from War Horse, The Hit is a solo puppet show that combines themes of perception and identity. Originally funded by the Wellcome Trust in 2016, The Hit explores the nature of cognitive dissonance and how we’re perhaps not the autonomous individuals we believe ourselves to be…

Mikey is a hitman exposed to parts of the brain he never thought he would see. After an accidental death, some nagging last words, and a chance encounter in a steam bath, he’s holed up in his Harlem apartment trying to straighten things out.

As tough guy Mikey’s assumptions about life begin to evaporate, bizarre events play out on the Mexico border, a trampoline and via the aisles of Toys R Us. Like Breaking Bad meets Team America, it’s designed to blow your mind.

Russell says “The Hit was born from the question who really has control? How can we take control? Aside from the obvious metaphor of the puppet, it seemed a hit man might be a good character to investigate, seemingly controlling life and death.

The temptation to explore an ever more pressing concern with black comedy and some very fine puppeteers was, inevitably, beyond our control…”