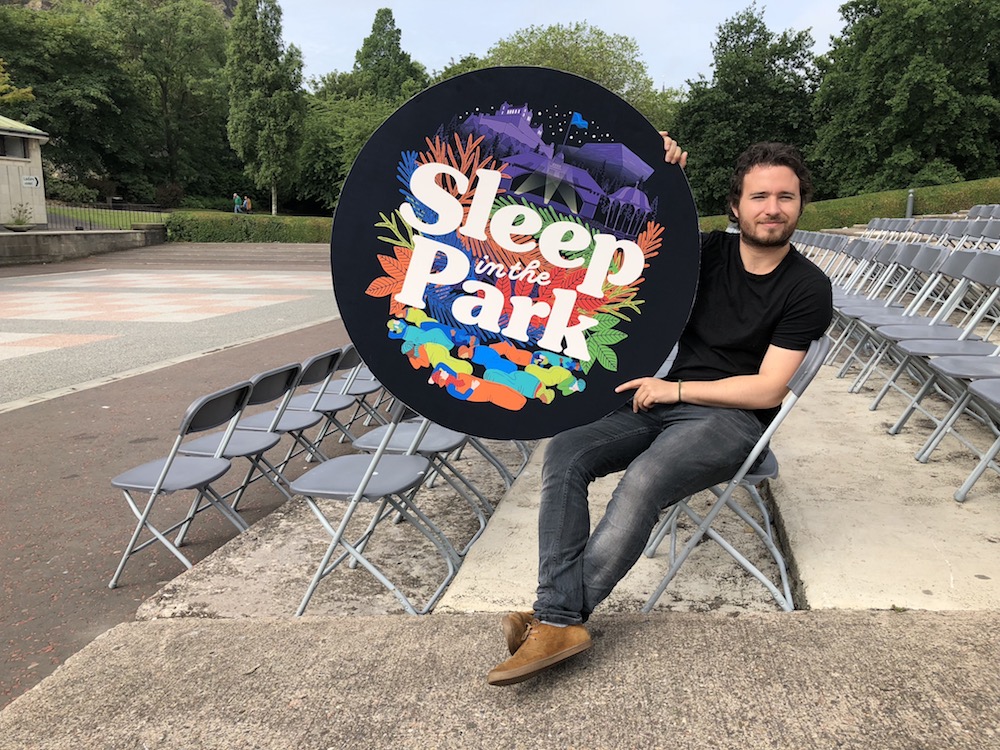 There will be four Sleeps in the Park this December, so you can choose where you might like to doze fitfully in the cold for charity.

The stars will travel by helicopter to perform at all four locations, Edinburgh, Dundee, Aberdeen and Glasgow, but Josh Littlejohn told us he was not sure he had a place on the flight as yet.

Scottish musicians Amy McDonald and KT Tunstall will tour Scotland by helicopter on the night, providing entertainment to those who are sleeping out aiming to raise money in a bid to beat homelessness.

Last year the Social Bite Sleep in the Park raised around £4 million which is yet to be dipped into. The money for the Social Bite village was raised in 2016 at a CEO sleep out, but the money raised last year is available to local authorities for homelessness initiatives. In Edinburgh, the council has applied for funding for its Housing First policy.

We asked Josh about the four events :