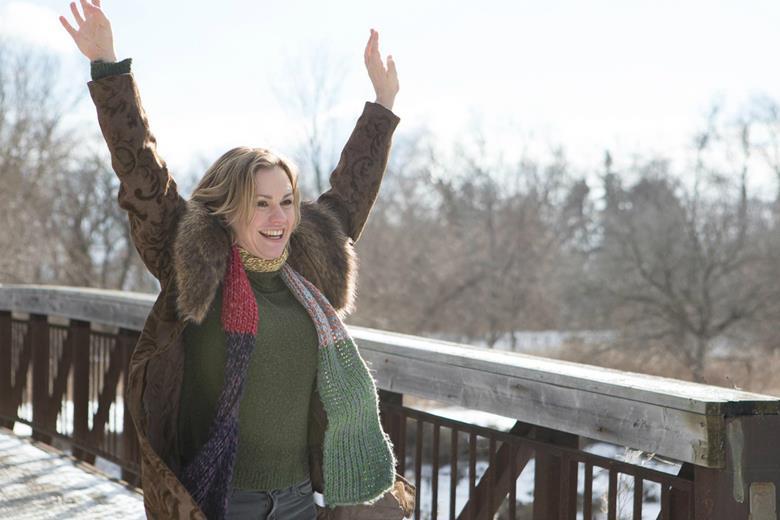 Early in The Parting Glass patriarch Tommy (Ed Asner) says: “I don’t know if I’m up for this.” Given that “this” is a journey to collect the remnants of his late daughter Colleen’s life, you can understand his trepidation. The film tells the story of a suicide and how a family copes in the immediate aftermath of an unexpected loss.

Tommy is joined on the journey to his youngest child’s home, and place of her death, by Danny (Denis O’Hare, who also wrote the screenplay), Mare (Cynthia Nixon), Al (Michelle Leo) and Colleen’s estranged husband Karl (Rhys Ifans). O’Hare, Nixon and Leo play siblings convincingly – with their chemistry, squabbling and in-jokes that make strangers feel excluded, as Karl observes, “It’s hard being an outsider in this family.” During the car ride the family each experience their own fleeting flashbacks of Colleen (Anna Paquin) and their time together, bittersweet memories punctuating the trip.

O’Hare’s script is rooted in truth – he lost his own sister to suicide in 2010 – and the family interactions in response to Colleen’s death are authentic. From personal experience I know that in times of pain and grief there can also be moments of humour, absurdity and pettiness. In another director’s hands this could have turned to melodrama but Stephen Moyer, in his feature film debut, extracts the best from his cast and keeps an edge to the script which prevents it tipping into farce.

The film is beautiful and undeniably moving – the scene where Tommy picks up Colleen’s scarf and buries his face into the fabric to catch her scent broke my heart, having done that very same thing with my late mother’s belongings. As the family share more memories in a hotel after packing Colleen’s possessions into black bags Al pronounces, “When you were with her it was like no time had passed at all.” I felt the very same about the film.