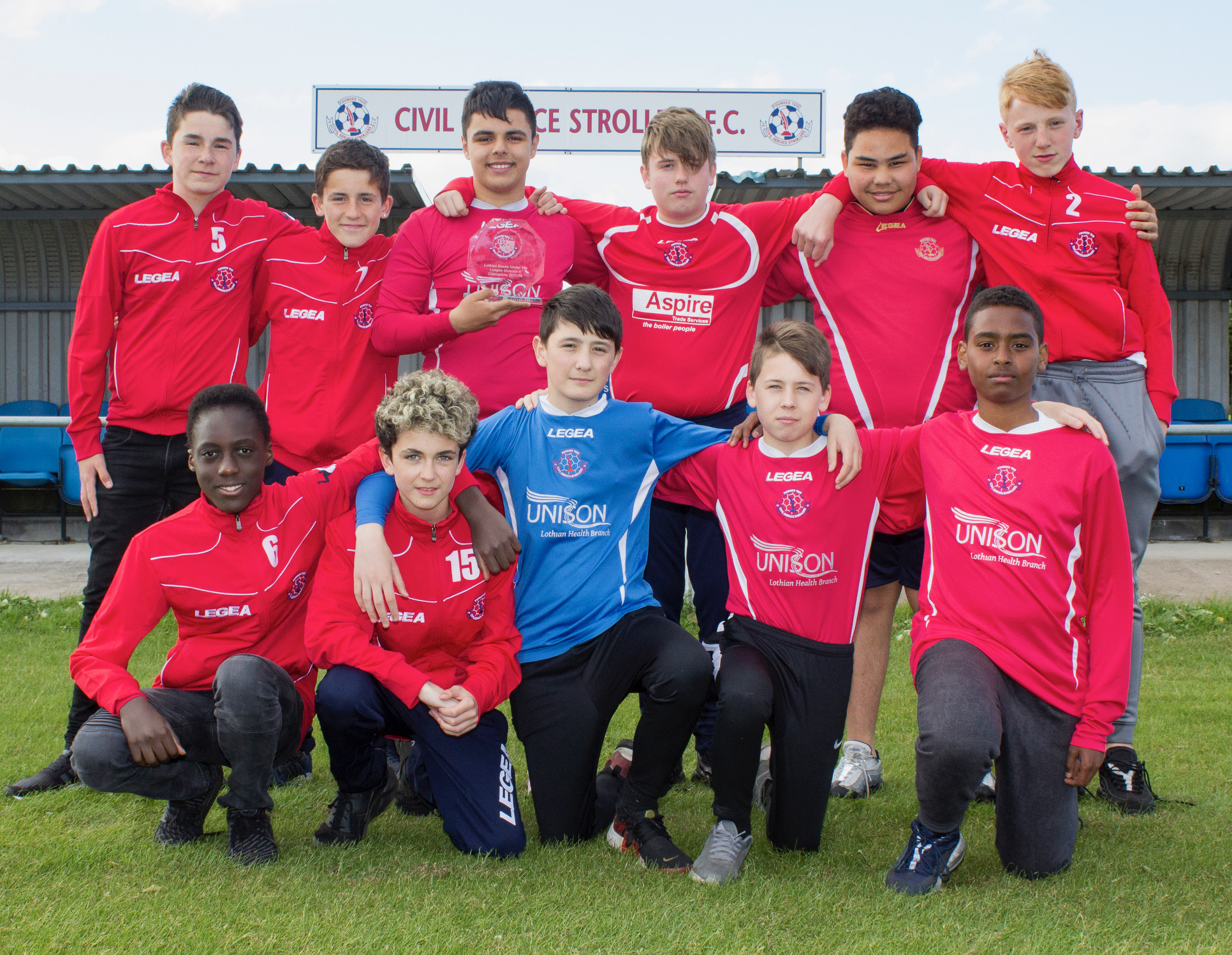 The north Edinburgh club has had a growing youth section and has gone from strength to strength over the past year.

As well as the success of the 2004’s winning their league the club has seen the youth section grow to have over 120 youngsters taking part in football each week.

The club has a partnership with Lowland League outfit, Civil Service Strollers, and the clubs enjoy a great working relationship.

“My squad has shown great commitment to the club over the season and we have never really had more than 15 in the team, so it’s been a tough season for them.

“We will now look ahead to next season and we have already started planning for playing in the higher division.”

Thanks to funding received from the local church there will be one new team in place for the start of the next season.

Committee member, Claire Kidd, explains: “At the Strollers, we have plans to expand and grow our youth section, however really, we want to walk before we can run.

“We have been building up to where we are now and it’s taken us a year to do this.

“We don’t have any staff working for us and we all do it voluntary basis.

“With that in mind we have achieved so much in the past year from growing the club and making what we have sustainable.

“Thanks to the funding from the church we can now add another team for the start of next season.”