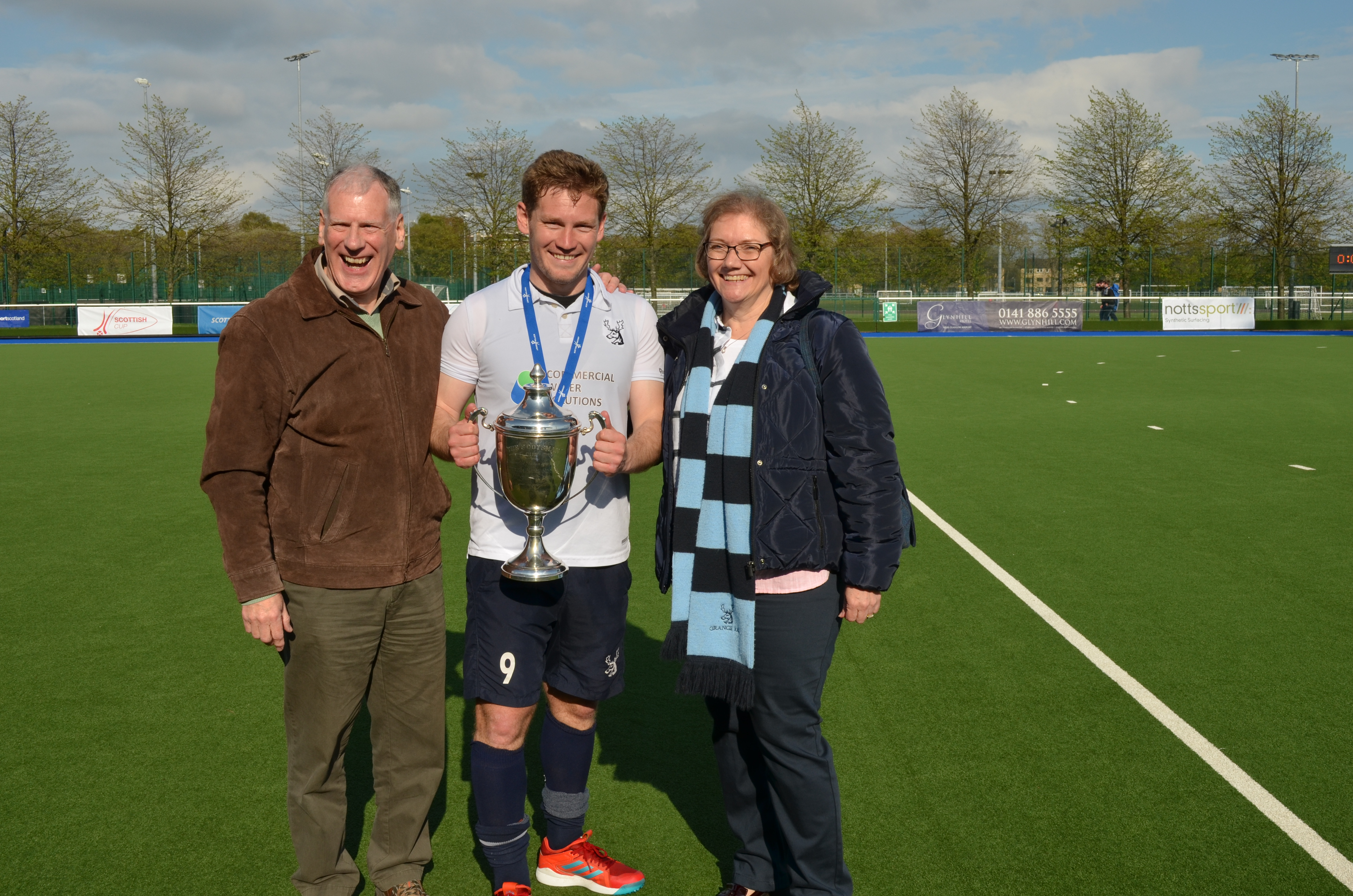 A beaming Callum Milne held the Scottish Cup and declared: “Now for the domestic treble.”

His club Grange have already won the Division One title and Milne has been a key man in the rise of the Edinburgh club from pretenders to silverware winners.

And he will be important when Grange host Western Wildcats in the play-off semi-final at Fettes College on Saturday (2pm).

They have made a habit of spoiling Grange’s party, coming from behind over a year ago to end the Edinburgh club’s Division One title dream.

Then, in mid-March, Western drew 1-1 after giving Grange another scare.

Milne is well aware of the threat the Auchenhowie club carry but said: “It’s been a great season so far and we’d love to add the play-off title to the league and cup.

“But we know Western will be tough and then there is Bromac Kelburne or Grove Menzieshill in the Grand Final on Sunday if we get through.”

The 29-year-old looked back at last Saturday’s cup final win over Edinburgh University and said: “We started well and even when we went to 5-1 they were never out of it.

“We noted things to work on for this weekend and we’ll be ready for two tough games.”

Yo-yo club Watsonians travel to Dalnacraig (push off 14.00) to face Dundee Wanderers in the relegation/promotion play-offs.

The other semi-final features Hillhead at home to Uddingston at Old Anniesland (15.00).