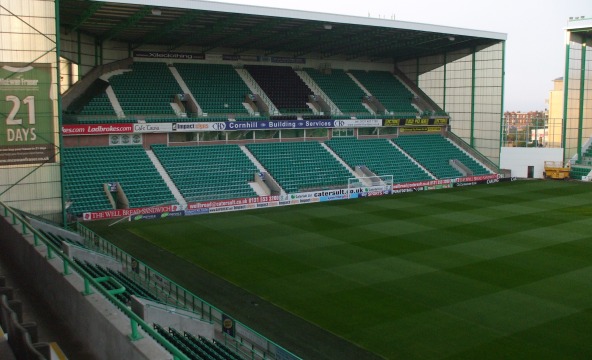 There was good news yesterday for Hibs’ fans who were unable to get a ticket for the final game of the season against Rangers at Easter Road after the home sections sold out.

The new Ticket Exchange system will be available and season ticket holders who can’t attend the game will be able to return their ticket to the club.

Hibs are currently trialling the mechanism this season, and will re-evaluate for next season with a view to implementing a rewards-based incentive for supporters.

Any tickets returned will be automatically relisted, so Hibs’ fans looking for a ticket keep an eye on the Hibernian eTicketing website.

With three games remaining, both Hibs and Rangers could potentially finish second in the table.

Hibs are guaranteed fourth position at least after last week’s victory over Kilmarnock however should Motherwell beat Celtic in the Scottish Cup final, that would not be enough for a European place next season so it’s all to play for.

Responding to a high demand, Hibs have cut Rangers’ allocation for the game and both sets of supporters will be housed in the South Stand, a decision that infuriated the Glasgow club.