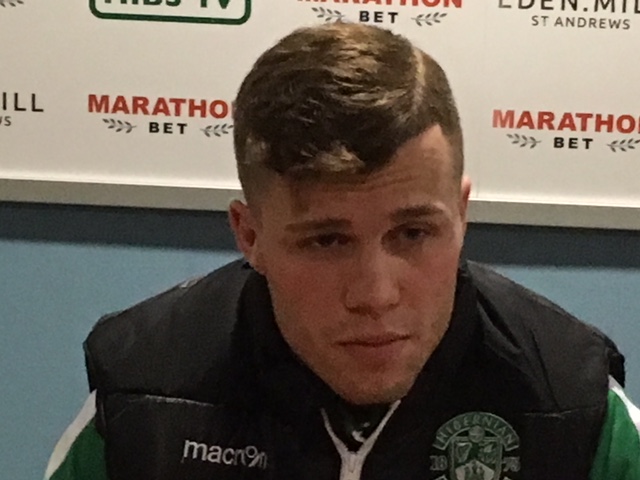 Florian Kamberi ended his loan-spell at Hibs with a penalty goal and a superb performance in the remarkable 5-5 draw with Rangers at Easter Road.

The Swiss striker has been a revelation since his January move to Edinburgh from Grasshoppers, scoring an impressive nine goals from 14 games but his future is uncertain.

Hibs and Grasshoppers had agreed a fee however a change of manager at the club has changed thing. Former Bayern Munich player Thorsten Fink took over last month and Sports Director Mathias Walther has stated that all loan players will return to Zurich for pre-season training.

Kamberi has previously slated Grasshoppers for his lack of opportunity and has made it known that he would welcome a move to Scotland.

He has enjoyed working under Neil Lennon and Easter Road would be a perfect destination for his talents.

Kamberi said: “It was a pleasure to work with Neil Lennon. I felt his trust from the very first day and, if you feel that trust, you can almost play your best in every single game.

“You can play free without pressure. That is what I was able to do and I have to thank the manager a lot because he gave me that trust.

It was amazing. He is such a winner and the lads in the team are the same, that’s why we had such a successful season.

“The manager will try to take the club beyond fourth place but for this to happen, you have to invest in new players if some are going to leave.

“He has an idea how to build another team. He is a big manager who knows a good player and how to take him forward.

“But it is not just down to him. The whole club has to invest for him to get those new players.

“I’m now back with my family for holidays and over the next weeks we will see what happens.

“Now is the time to sit down with my agent and we will work to see what happens now.

“I enjoyed the time at Hibs. There will be some changes in the team, so we have to wait and see what is going to happen.”