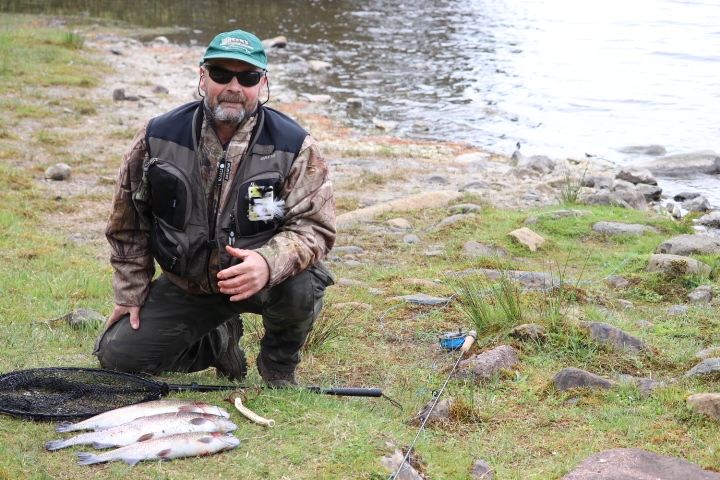 Kelso emerged triumphant in the area final of the British Legion fishing competition.

Their team of three totalled 30lbs 14oz in testing conditions at Morton Fishings near Livingston.

Gala were second with 30lb 7oz with Dunbar B an extremely close third on 30lb 6oz.

Kelso now represent the area in the Scottish National Final in mid-June at Drum Loch near Dumfries.

And around 40 anglers from Edinburgh, the Borders and the Lothians took part.

Anglers drew their peg from a hat and the action started at 9.30am when Morton owner John Mackay sounded his hooter.

There was a tricky and gusty south-west wind which made some of the pegs on the dam wall in the big bay difficult.

However, James Smith of Dunbar Legion, fishing one of the pegs in the sheltered spot in the big bay, was first into fish.

He landed three hard-fighting fish in the first 15 minutes using a green and black lure.

James landed a fourth soon after and was first to weigh in with a fine bag of around 12lbs.

Nearby, Freddie Carter of Kelso was also into fish quickly and landed two within the first 20 minutes, also with a green and black lure.

The big bay was obviously the place to be with the wind favouring the anglers in that area.

Others struggled initially but soon the wind shifted and it was not long before more arrived at the weighing area to check-in.

The wind made fishing difficult throughout the day but a total of 93 fish were killed totalling 231lb 6oz.

The biggest fish was landed by Mr Goodfellow of the Cockenzie team. It weighed 5lb 10oz.

Overall, the fish were caught on various patterns including Cats Whisker and orange blobs.