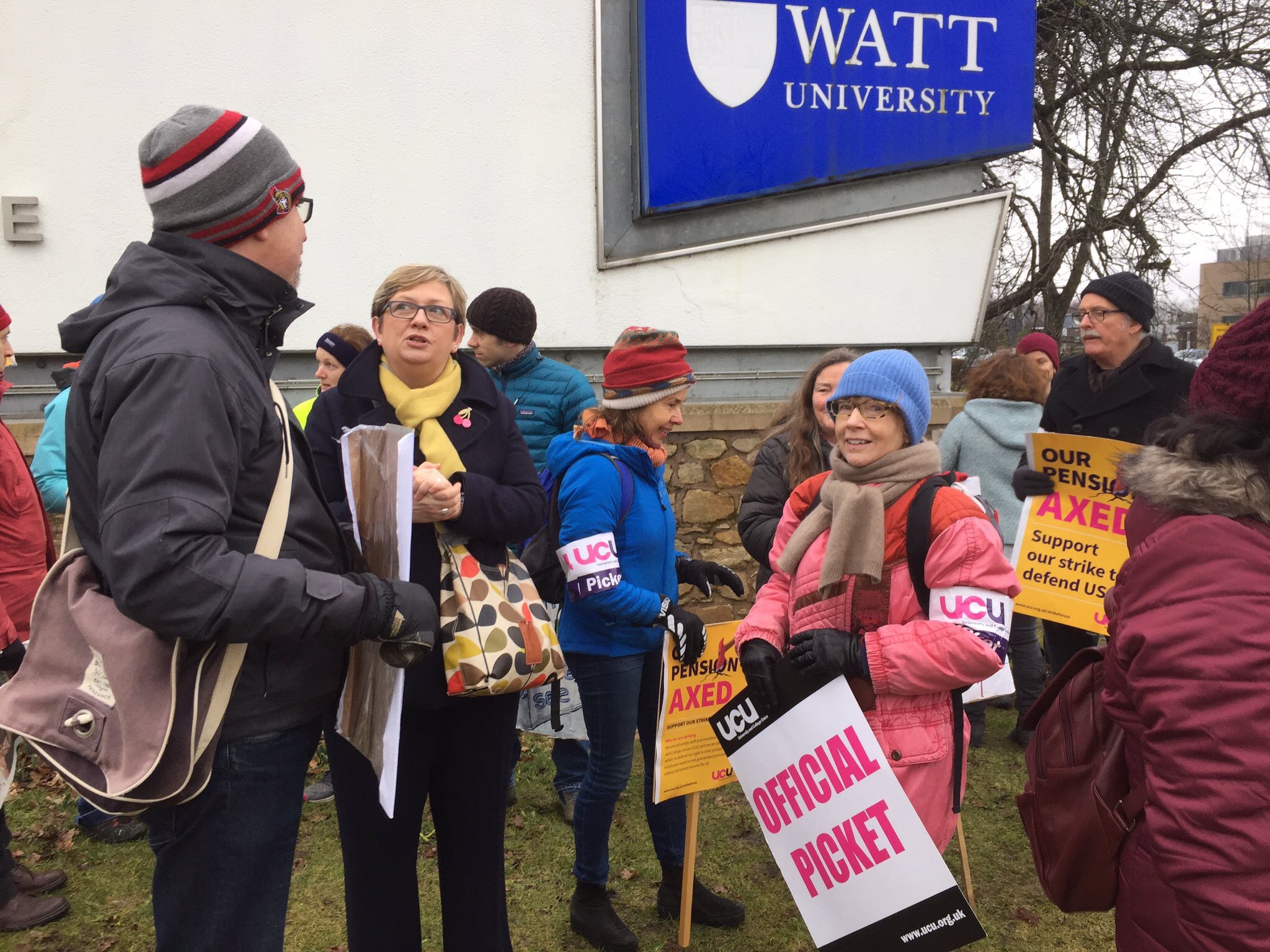 “Earlier this month I visited a freezing picket line at Heriot Watt University to meet with striking university staff, all affected by the proposed changes to their pensions under the Universities Superannuation scheme. “Constituents who work at the University had contacted me to raise their concerns that the changes will erode their pension benefits and increase the disparity of pension provisions between members of USS and academics at other institutions who are members of local authority schemes.

“The proportion of University and College Union members in favour of strike action was particularly high at Heriot Watt University, and I have written to the University Principal urging that representations are made to Universities UK to restart negotiations.

“This is also a matter I have raised with Edinburgh University and in Westminster.”