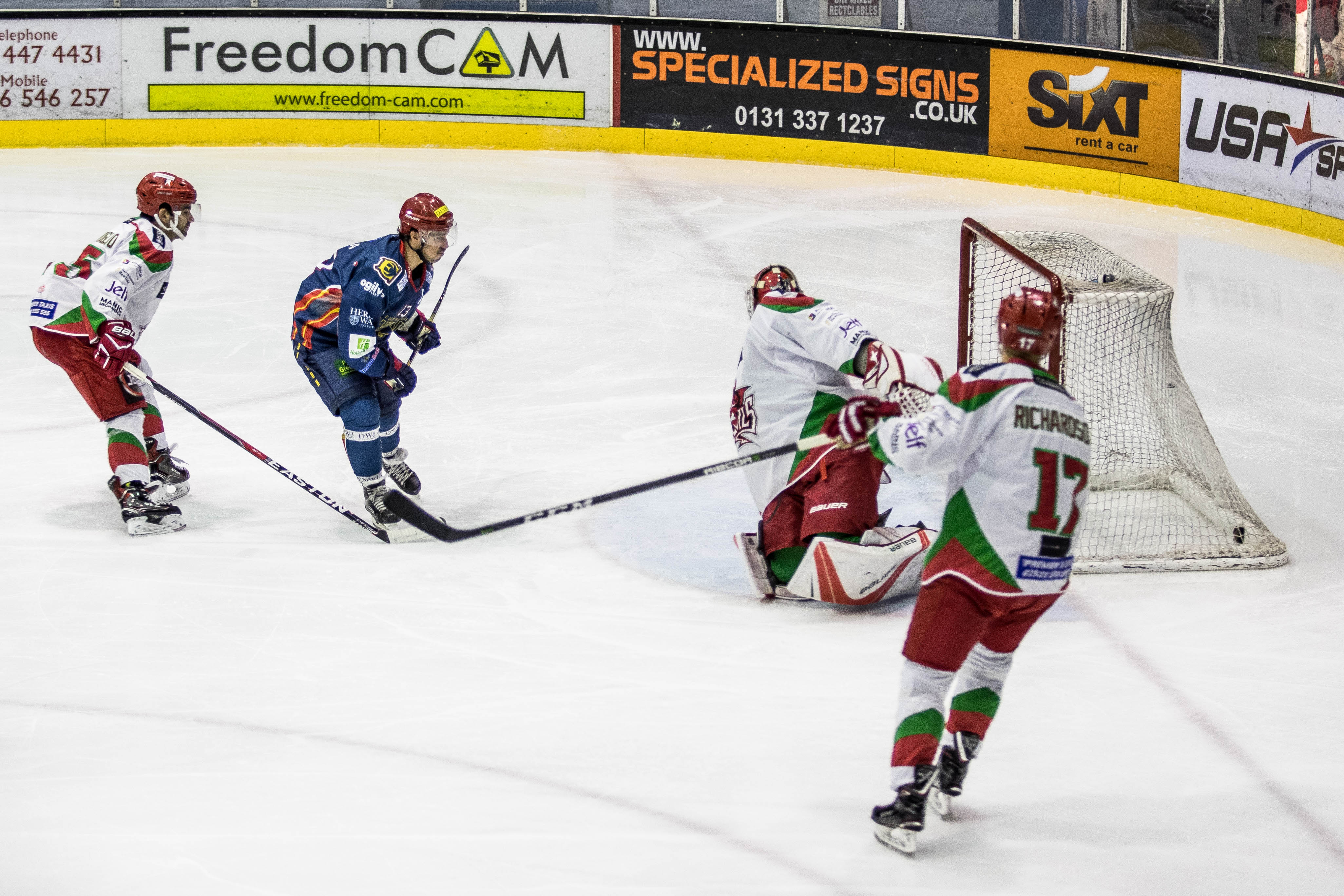 Dundee Stars earned a play-off lifeline thanks to a 9-4 victory at bottom club Edinburgh Capitals who skidded to their fourth straight reverse.

The Tayside team now move onto 42 points from 47 games and trail Scottish rivals Braehead Clan, who are eighth, and ninth-placed Coventry Blaze by three points.

The sides were level at 1-1 after the opening session but Stars won the second period 4-1 and the third 4-2.

It was Brian Hart who opened the scoring after three minutes and Capitals took another 13 minutes to level through Sergei Banashkov.

Stars then hit three unanswered, player/coach Omar Pacha putting them 2-1 ahead after 55 seconds of the start of the middle session.

Anthony Mastrodicasa made it 3-1 two minutes later and Lukas Lundvald Nielsen claimed the fourth after 25 minutes.

Ainars Podzins bulled one back five minutes later but an unassisted strike with less than two minutes left from Nielsen made it 5-2 at the end of the period.

A Jimmy Jensen double after 41 and 46 minutes increased Stars’ lead but Kirkcaldy-born Calum Robertson unassisted after 52 minutes reduced the deficit.

Jordan Cownie scored for Stars 22 seconds later minutes and Marc-Olivier Mimar netted 1min 2sec after that to complete Dundee’s scoring.
Robertson claimed his second for the home side with less than three minutes left.

In England, Fife Flyers’ recent disappointing form continued when they slipped to their third straight defeat.

The Kirkcaldy club lost 5-2 at second-bottom Milton Keynes Lightning and they were 3-0 behind after 28 minutes.

Kevin King opened the scoring short-handed and unassisted after four minutes and Alex Forbes made it 2-0 five minutes later.

Jonathan Boxill increased the agony for Flyers with a third after 28 minutes but only 47 seconds later Charley Mosey was set up by Shayne Stockton and
Chase Schaber to give the visitors a lifeline.

The joy was short-lived as King’s second hit the rigging seven minutes later and Denny Kearney made it 5-1 after 41 minutes.

Carlo Finucci scored a second for Flyers with less than ten minutes left.

The Kirkcaldy club were outshot 36-23 and can now concentrate on the visit of bottom markers Edinburgh Capitals on Tuesday (face-off 7.30pm) when they will look to snap their three-game losing streak.