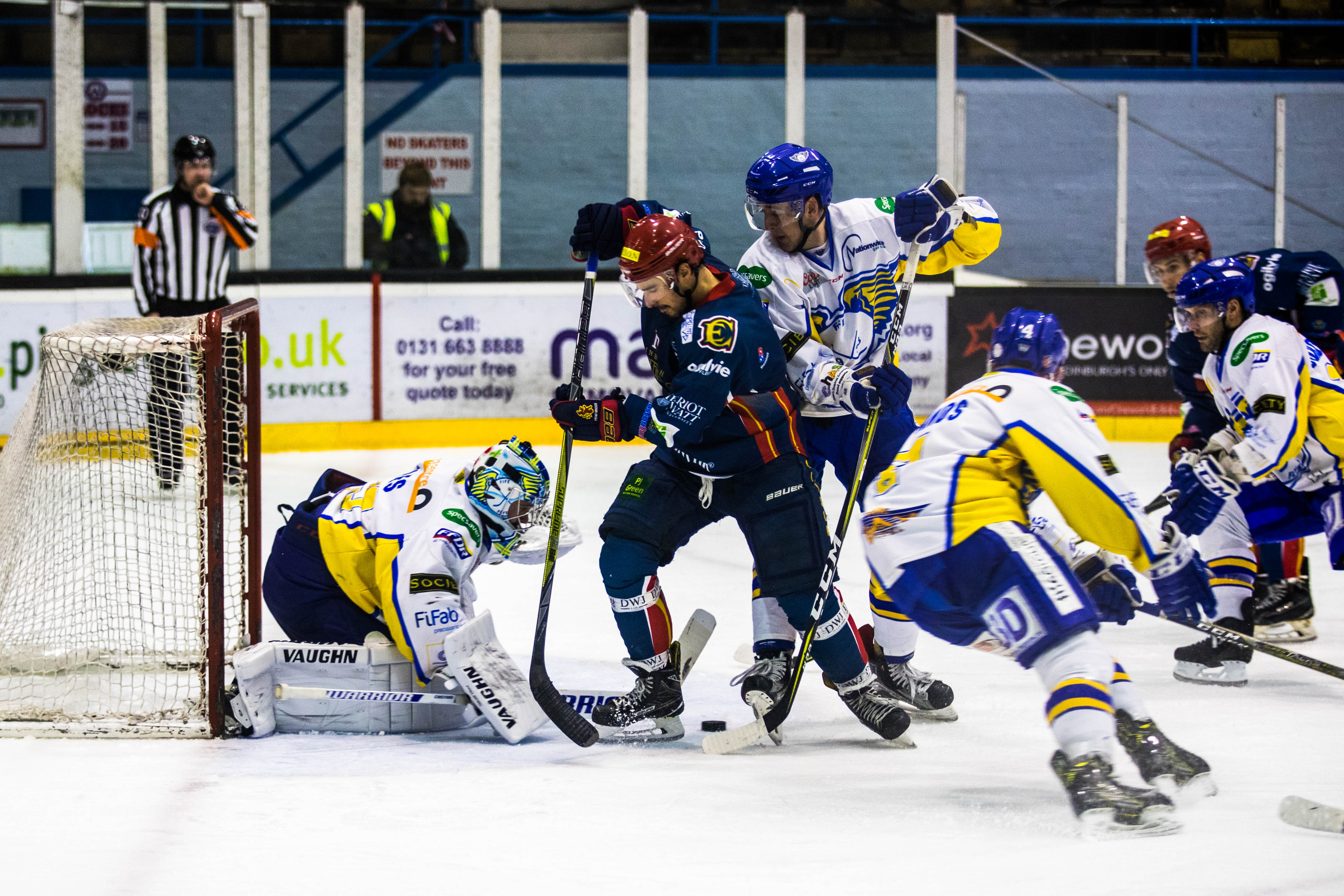 The agony goes on for Edinburgh Capitals but Fife Flyers snapped a depressing three-game losing streak with an emphatic win over the Elite League bottom markers.

The fired-up Fifers romped to a 6-1 win with Peter LeBlanc netted a treble and James Isaacs, Ricards Birzins and Chase Schaber scoring singles.

Dylan Anderson claimed Capitals’ only strike but they were 5-0 down at the time and with no hope of adding to their meagre total of five wins in regulation all season.

Fife move onto 62 points from 47 games, the same points as third-placed Belfast Giants who have played one game more but have one more games in regulation time.

Capitals remain on 11 points from 48 outings and have suffered five straight defeats.

Schaber opened the scoring after four minutes and LeBlanc added No 2 14 minutes after that.

LeBlanc scored his second and Fife’s third after 31 minutes and Isaacs netted less than two minutes later for 4-0.

Birzins added to the total 19 seconds after that but Anderson reduced the deficit after 42 minutes only for razor-sharp LeBlanc to complete the scoring eight minutes later.

In England, Dundee Stars dug deep to earn a valuable 4-3 victory at mid-table Nottingham Panthers thanks to a double from Brian Hart.

Home-bred Jordan Cownie netted the crucial game-winner after 46 minutes and Panthers gambled by withdrawing their netminder to have six skaters in the later stages.

Zack Phillips scored with 59 seconds left but it was too little too late and Omar Pacha’s gutsy squad claimed their third straight win and now move onto 44 points from 48 games.

They have closed the gap on ninth-placed Coventry Blaze to a point and have two games in hand.

And they are also a point behind Braehead Clan who have played a game more as the third sides chase the final end-of-season, play-off place.

Stars had the best possible start at Nottingham, scoring after six minutes and holding a 3-0 lead after 31 minutes.

A double from Panthers after 35 and 44 minutes put real heat on the visitors but Cownie’s strike with Gabriel Levesque and Marc-Olivier Mimar assisting was key.

Hart had earlier put Stars ahead after six minutes with Adam Harding scoring 20 minutes after that and Hart netting a second on the power play after 31 minutes.

Alexander Mokshantsev opened Nottingham’s account after 35 minutes and Jeff Brown added No 2 after 44 minutes to set up a grandstand finish.