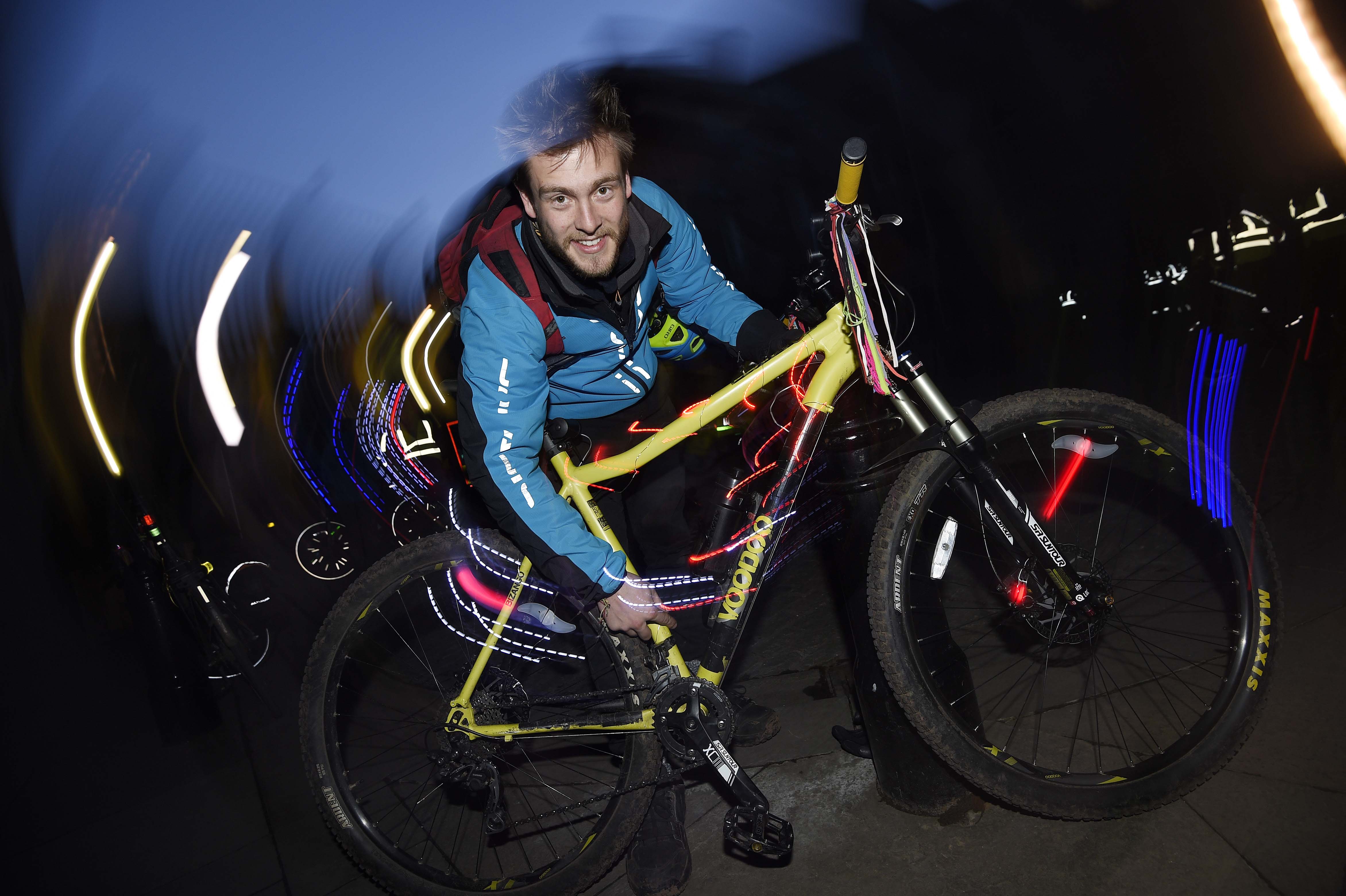 The Glowride postponed from earlier in the month took place last night starting at the City Chambers just after dark.

All cyclists taking part were encouraged to ‘bling’ up their bikes and the event was organised by the council along with Cycling Scotland and Sustrans Scotland.

The latest and final 20mph rollout took place on 5 March and now streets in the south west of the city around Colinton and Oxgangs are now included in the scheme.

Residential and shopping streets across Edinburgh as well as the city centre are now all set at 20mph although there is a network of roads where the speed limit is 30mph and 40mph.

The free event also promoted safe cycling at night and national campaigns such as Be Bright Be Seen.

Councillor David Key, Cycling Champion, said: “What a great event! It was fantastic to see all the blinged-up bikes cycling through the heart of the city in celebration of Edinburgh becoming Scotland’s first 20mph city. I’d like to thank Cycling Scotland, Sustrans Scotland, Spokes, Evans Cycles and all our partners for helping us make the GlowRide happen.

“Now that 20mph limits have been rolled out to the vast majority of the Capital’s streets – excluding a strategic network of streets maintained at 30mph and 40mph – it will be far clearer for road users that lower speeds are now the norm in residential and shopping streets. Communities right across Edinburgh have told us they really value the benefits of calmer traffic in their areas and we have had requests from all over the city for additional streets to be included in the rollout. We will carry out a comprehensive review of the scheme over the next year, looking at all aspects and impacts including traffic speeds, road casualties, public perceptions and walking and cycling walking stats.”

Superintendent Bob Paris said: “People travelling around Edinburgh have been getting used to the new speed limits for some months, which are now complete.  All the zones have implemented their 20mph areas and all road users should be aware of the limits over the course of their journeys.

“The GlowRide has brought people together from all areas of the capital, and this will positively reinforce the message that 20mph limits are now in place citywide and they must be followed.

“We will continue to carry out education and enforcement to remind drivers to slow down, particularly in areas where any concerns are raised to us or there are vulnerable groups like children near schools, to ensure Edinburgh’s streets are safe for everyone.”

Dave du Feu, Spokes lead organiser, said: “Spokes has from the outset been a strong supporter of Edinburgh’s pioneering decision to implement 20mph city-wide, which will greatly improve safety on our roads. With very encouraging recent evidence from another pioneer city, Bristol, Spokes urges the Scottish Government to make 20mph the default speed limit for urban areas across Scotland.”