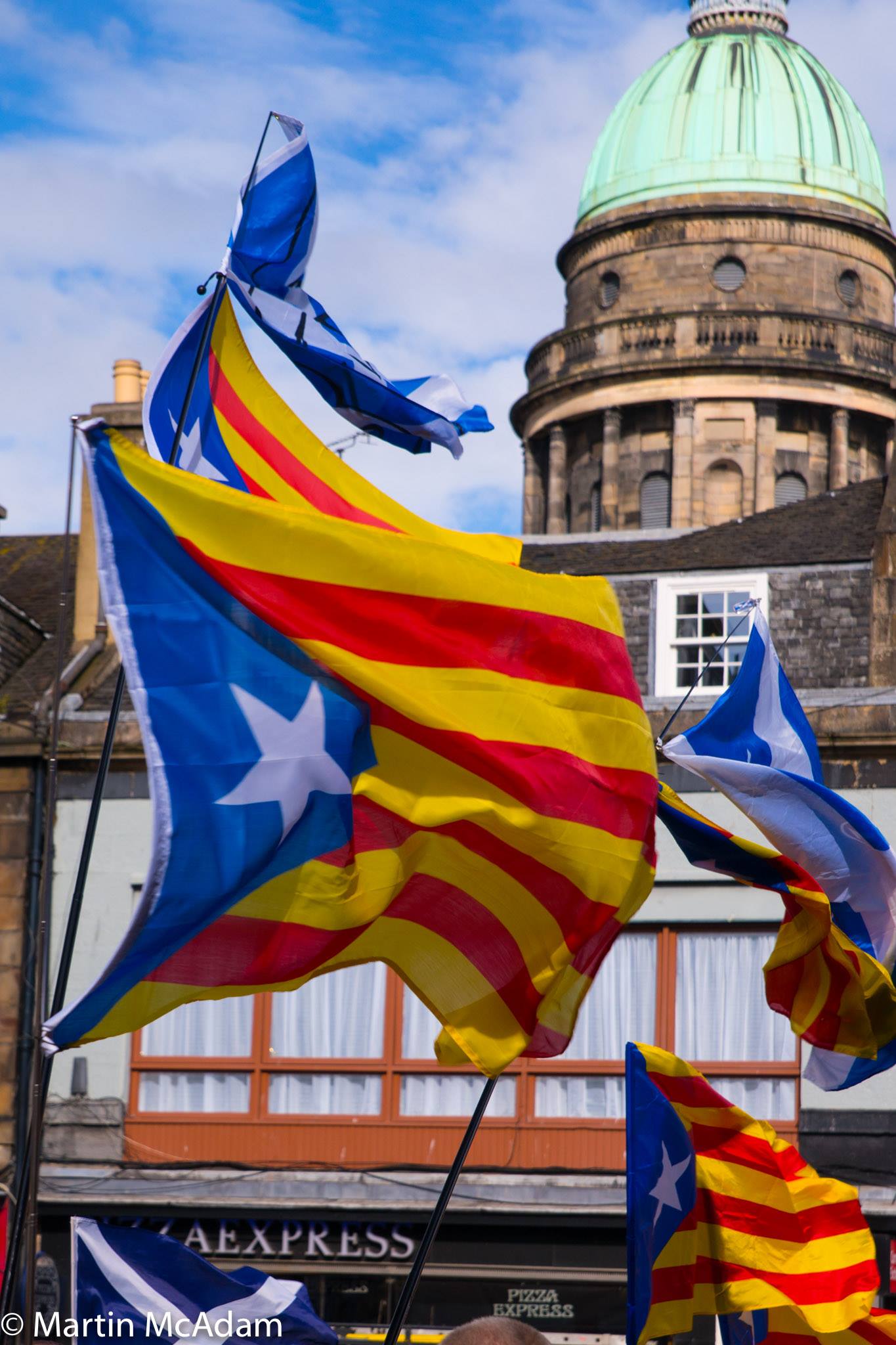 Police Scotland confirmed that a European Arrest Warrant was issued for Professor Clara Ponsati who is a professor at St Andrews University, and who was previously a minister in the Catalan government.

We can confirm that we are in possession of a European arrest warrant for Clara Ponsati. We have made a number of enquiries to try to trace her and have now been contacted by her solicitor, who is making arrangements for Ms Ponsati to hand herself into police.

A European Arrest Warrant is issued by one EU country, in this case Spain and requires another Member State, in this case the UK, to execute it. This procedure replaced any previous extradition arrangements in 2010,  and was intended to be a quicker and simpler way of surrendering people to the jurisdiction where they might be tried for crimes which might result in a prison sentence.

Lawyer Aamer Anwar confirmed that he has been instructed to act on behalf of Professor Ponsati:

I am instructed 2defend Clara Posanti from Spain’s attempts 2extradite her on the basis that this is viewed as a political persecution & there is no guarantee of her human rights being respected in the Spanish Courts #Catalonia https://t.co/H6iCPkcqfZ

.First Minister Nicola Sturgeon said: “It is well established that the Scottish Government supports the right of the people of Catalonia to determine their own future and that we strongly oppose the Spanish Government’s decision to seek the arrest and imprisonment of independence supporting politicians.

“The fact that our justice system is legally obliged to follow due process in the determination of extradition requests does not change those views.

“However, the legal process includes the right of any individual subject to proceedings under the 2003 Act to oppose their extradition in the courts and it is vital that the integrity of this process is protected – for that reason the Scottish Government will not comment further at this stage.”

Clara Ponsati is listed on the university website as a Professor in the School of Economics and Finance, and she is named as a tax advisor to the Finance Committee of the Scottish Parliament.