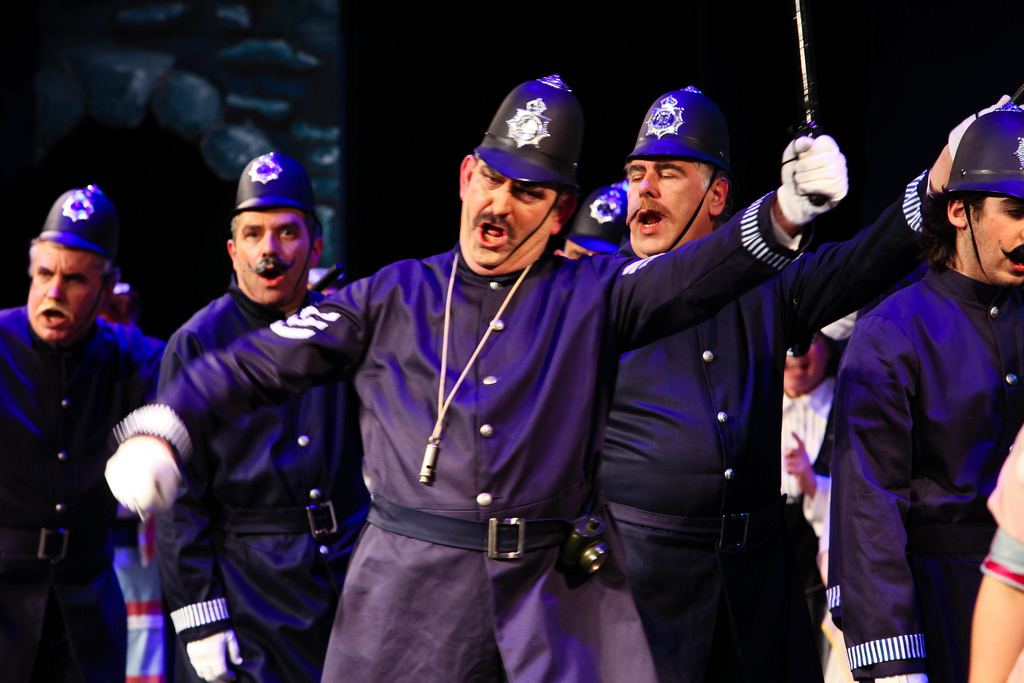 For Norfolk man Phil Gormley, a policeman’s lot has not turned out to be a happy one.  His resignation this week as Scotland’s Chief Constable is a plot worthy of Gilbert and Sullivan.  He’s been on “special leave” since last September, tending that garden in Norfolk, following a series of allegations of  “gross misconduct” by some of his senior officers.

We’re not told what form the “misconduct” took or why it was so “gross”, except it was alleged to be “bullying”.  He himself has denied all the charges. An enquiry was set up by PIRC the Police Investigations and Review Commission, a team  of former police officers and others, headed by a lawyer, Kate Frame. This 63- strong force-within-a-force has taken five months so far to investigate the allegations, which makes the Keystone Cops look efficient.

So I’m left asking questions. Why has it taken so long to investigate five pretty simple complaints by witnesses all readily identifiable and available.   What is wrong with the top team at Police Scotland that they are complaining about each other? Can’t they take a little criticism?  Isn’t a new boss from Norfolk allowed to shout at his staff and demand results ? (If that indeed is what he did.) Or does this alleged conduct amount to bullying and gross misconduct ?

This central scene of our comic opera takes place against a background of beastliness.  There was some resentment among the eight local police forces when they merged into one Police Scotland only five years ago. And this by an SNP government keen to nationalise the service as a money-saving measure.   The first chief constable Sir Stephen House was forced to step aside after just three years because he was seen as “Glasgow’s chief constable” and because he decided to deploy armed police officers on regular duties without telling anyone in advance.

The body supposed to be overseeing this new police force, the Scottish Police Authority, quickly became dysfunctional. Members fell out with each other. A committee of MSPs found there was a lack of transparency about its proceedings.  It couldn’t make up its mind whether Mr Gormley should come back from “special leave” while the investigations proceeded. And in the end the chairman and chief executive resigned.

And to top off the show, the justice secretary Michael Matheson appears, like the Modern Major General in the Pirates of Penzance, to float above it all. He’s shrugged off calls for his resignation and assured us that normal police service is continuing – pirates are being caught. The Deputy Chief Constable Iain Livingstone has steadied the ship and the new chair of the SPA, Professor Susan Deacon, will set it sailing on a less accident-prone course.  We’ll see.

Meanwhile, capitalism has let us down again.  The Perth-based company  Stagecoach and its junior partner Virgin East Coast have announced they can no longer run the main east-coast railway service between Edinburgh and London.

They simply bid too low when they won the franchise in 2015. (Something we wrote about here in 2015) Since then Stagecoach has paid the UK government £1bn but it has made losses of £200m and can no longer afford to run the franchise which was due to last till 2020.

The UK Transport Secretary Chris Grayling says he will try to arrange a not-for-profit deal with Virgin Trains to continue the service or take it back into public ownership, as happened in 2009 when National Express pulled out. Nicola Sturgeon told MSPs on Thursday that the UK government had “made a mess” of the franchise and Labour called for the service to be re-nationalised. (Alex Cole-Hamilton called for Holyrood to do something about it but was told it is the remit of the UK Government.)

The Royal Bank has bowed to public pressure over its branch closure programme – as well it might, given that the public own 72 per cent of the shares.  It originally announced that 62 local branches in Scotland were to close  because they were not being used sufficiently – due to the rise in on-line banking. This week, it granted a year-long reprieve to 10 branches in remote towns, from Gretna to Tongue, where there is no other banking service.   It also offered to hand over its premises to local communities for three years and to install terminals in other premises for business customers.  But the days of the local bank manager are truly over and that’s a shame for our economy.

Another shame for our economy, according to a Scottish Government estimate this week, is that the UK’s policy to cut immigration to the “tens of thousands” would reduce Scotland’s national income by £10bn a year.  Instead, our external affairs secretary Fiona Hyslop is working on a Scottish immigration policy which would allow more people from overseas to come to Scotland provided they live and work here and don’t move to other parts of the UK.

Finally, we’ve been celebrating the 100th anniversary of the Representation of the People Act which gave women over 30 the vote for the first time.  And it’s not been just an excuse for women to dress up in Suffragette costumes. The occasion has been used to highlight the current issues of equal pay and sexual harassment.  Nicola Sturgeon said, in a special debate in the Scottish parliament: “The uncomfortable truth is that gender equality is still an unwon cause – an unwon cause that is the duty of our generation to win.”