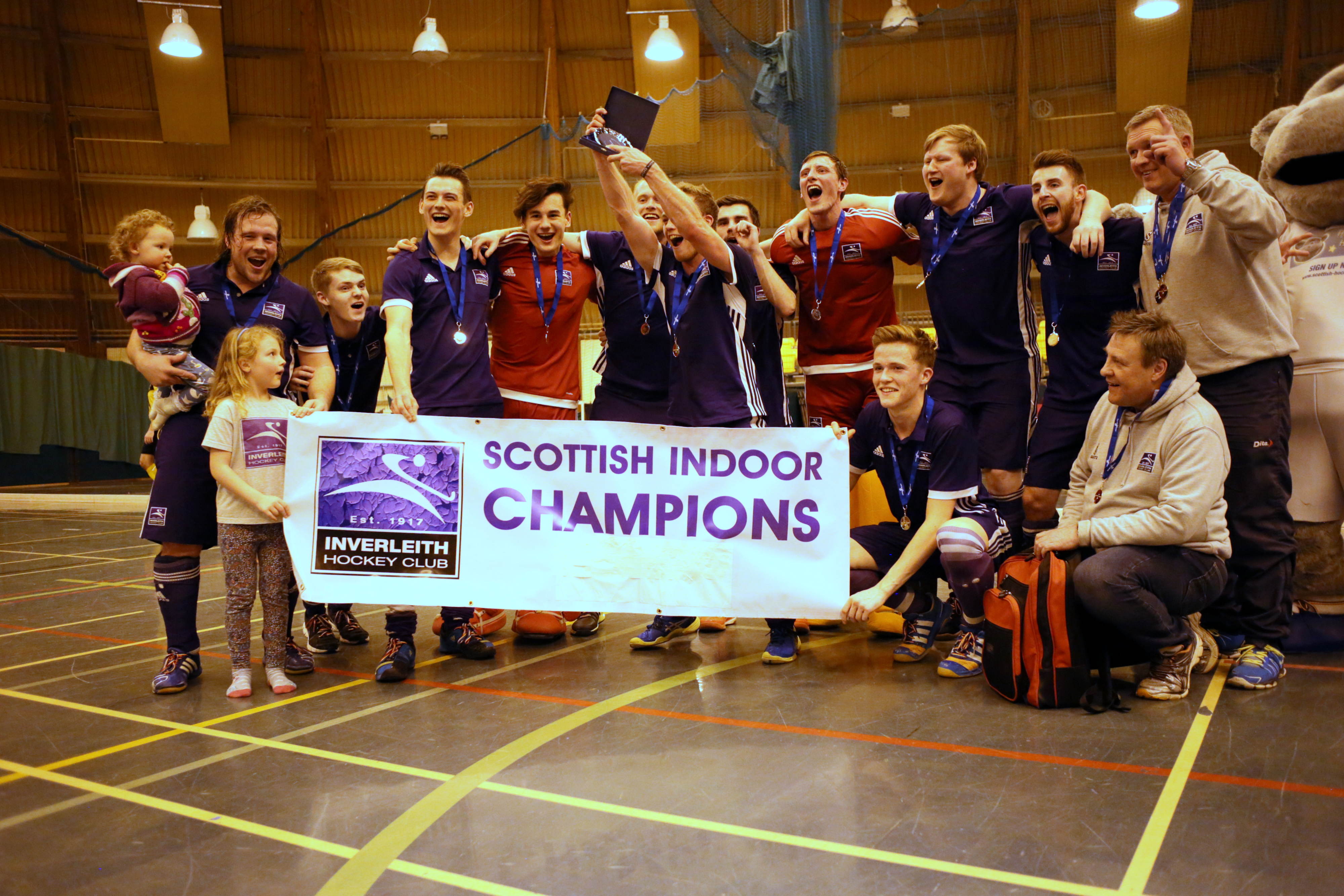 Coach Stuart Neave now takes his men back into Europe next year and the Kinross-based playcaller was delighted that their target of winning the indoor crown had been achieved with a new-look, young side.

Only one member of the squad is over 30, former Olympian Stephen Dick, and Inverleith opened the scoring at Bells Sports Centre from a penalty corner when Christie’s low shot found the net.

Kelburne equalised with an outstanding finish by evergreen Jonny Christie.

Josh Cairns rattled the post with a penalty corner then Jonny Christie thought he’d scored again after being teed up by Cairns at another penalty corner but former Olympian Stephen Dick blocked the ball on the line.

However, Inverleith edged ahead when Christie fired home on a breakaway and the Edinburgh side were 3-1 ahead when Stuart Hatton converted.

Cairns pulled one back from a penalty corner but Inverleith went 4-2 up early in the second-half through another Christie strike. He picked his spot from a tight angle and put Inverleith in the driving seat.

Kelburne refused to give up and penalty corner specialist Cairns made it 4-3 before a penalty stroke for Inverleith took the score to 5-3. Christie blasted the ball into the net.

And the East of Scotland combine held out despite late Kelburne pressure.