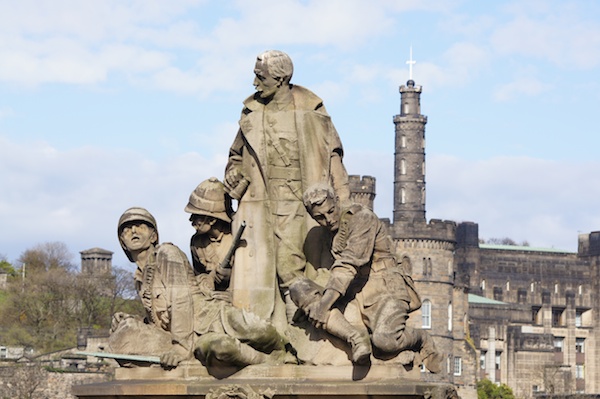 The North Bridge is to undergo an extensive programme of refurbishment if the council agrees to spend £22 million at a committee meeting later this week.

The Transport and Environment Committee will debate proposals on Thursday about repairing steelwork, repainting and repairing the cast iron facade as well as replacing joints on the roadway.

£10 million has already been allocated in the 2018-19 budget just approved last week and now the council is adding the balance of £12 million under the Capital Investment Programme 2018-23 to pay for the repair programme.

Transport and Environment Convener, Councillor Lesley Macinnes, said: “This historic bridge is a familiar and much-loved focal point in the city centre, and it’s clear that it requires some much-needed restoration.

“I am delighted that, thanks to prudent financial management, we will be able to progress with a series of repairs, ensuring the longevity of this iconic structure.”

It was in 2014 that a routine inspection uncovered some defects which led to the netting being installed under the bridge to keep pedestrians and drivers safe.

Benjamin Hall Blyth who founded Edinburgh engineering firm blyth+blyth worked on the design bridge when it was built in the second part of the 19th century. This replaced a previous bridge built in the 18th century part of which collapsed.

The bridge is now 525 feet long with three spanned arches across Market Street.  Our photo shows the war memorial which commemorates soldiers of the King’s Own Scottish Borderers who died between 1878 and 1902.

The council has yet to appoint a contractor to carry out the enhancements but that will be considered by the Finance Committee later in the summer. The contract will include public realm on the bridge with wider pavements and all the improvements will have to take into account the results of the Central Edinburgh Transformation Project.

The full report which will be considered later this week is below :