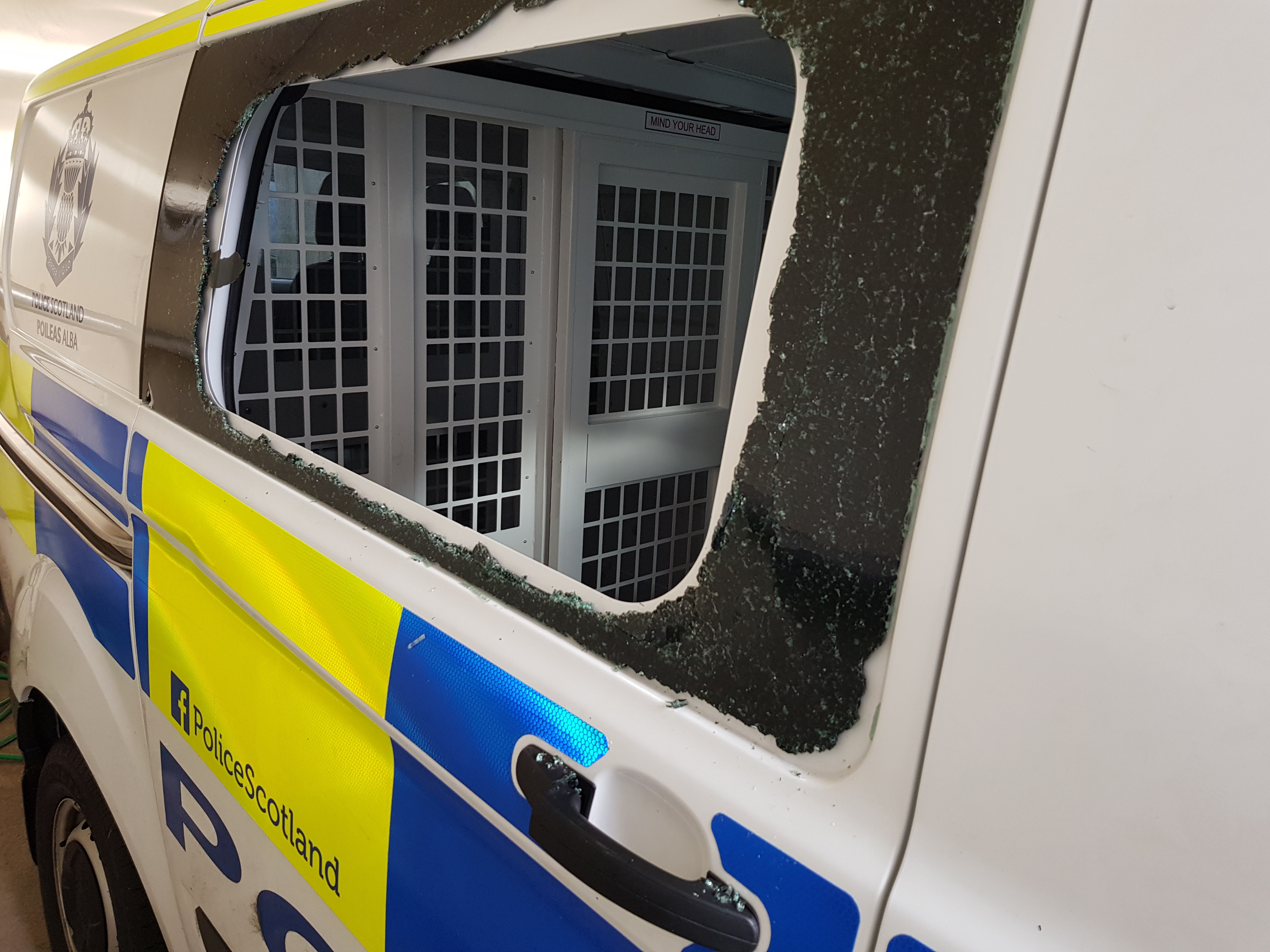 Police are appealing for information after the side window of a parked police vehicle was smashed and two police hats and a high visibility jacket were stolen in Blackridge.

The incident happened around 9.05pm on Wednesday 24 January in the Loubourn area.

A number of youths were reported to have been seen in the area around the time of the incident and officers are asking anyone with information to come forward.

Sergeant Richard Wilson from Bathgate Police Station said: “Our enquiries are continuing to trace the stolen items and those responsible for this vandalism and theft.

“I would ask anyone who saw any suspicious behaviour in the area, or who knows who is responsible, to contact officers as soon as possible.

“The public are reminded that all police officers carry formal identification on them and if anyone is ever in doubt about an officer’s identity then they can ask to see this or contact us via 101.”

Those with information are asked to contact Bathgate Police Station via 101, quoting incident number 3860 of 24 January. Alternatively an anonymous report can be made to Crimestoppers via 0800 555 111.