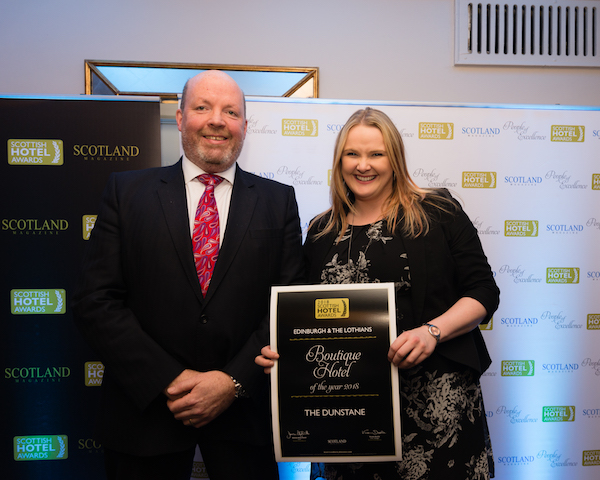 There are so many winners of The Scottish Hotel Awards that they split up the announcements by region.

It is now time for the best in Edinburgh to be announced.

In the category of 4* Business Hotel Hotel Indigo Edinburgh Princes Street won the honours and in the 5* Business Hotel the Waldorf Astoria the Caledonian won the award.

The Dunstane on Hampton Terrace won the award for best Bar Dining Hotel and also shared the spoils for best Boutique Hotel. The Contemporary Style Hotel award was given to Old Town Chambers where the interior design is just stunning. The Sheraton Grand Hotel & Spa won an award for Events Hotel and Princes Street Suites picked up the honour for best Family Hotel. The Fine Dining Award went to Waldorf Astoria and the Classic style Hotel was won by the Principal Charlotte Square. There were also many awards given to individuals working in these and other hotels across the city.

The Scottish Hotel Awards is operated by Paragraph Publishing, publishers of Scotland Magazine and organizer of awards and events nationally and internationally. The scheme provides member hotels, serviced apartments and guest houses support and guidance year round, with annual judging from January to March, to encourage, recognise and reward excellence, raising standards of Scotland’s hospitality industry as a whole.