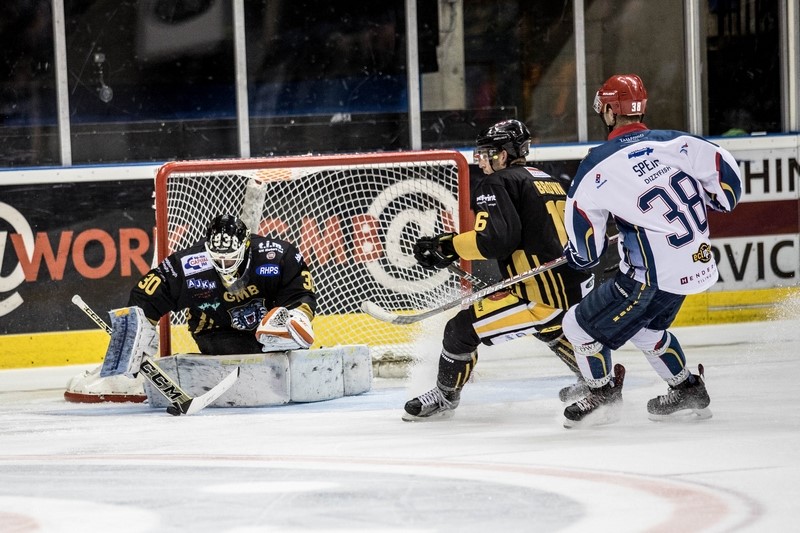 Edinburgh Capitals let slip a two-goal lead to skid to a 4-2 defeat, their fourth reverse in a row.

But it was a glory night for Coventry Blaze who claimed four unanswered goals to secure their second win in 24 hours.

Jordan Pietrus scored a double for the visitors who were delayed because of bad weather in the Midlands.

Elsewhere, Gabriel Levesque claimed a double as battling Dundee Stars snapped a seven-game losing streak with a three-goal burst in the final session.

Manchester Storm led 3-2 at the end of the second period before Dundee turned on the power.

At Kirkcaldy, Peter LeBlanc netted a double as Fife Flyers claimed their fourth win in a row thanks to a second period surge.

The Fifers celebrated a 5-2 success over league newcomers Milton Keynes Lightning but the sides were level after the first session.

Chase Schaber netted unassisted after five minutes with Guillaume Doucet equalising with one second left but Fife upped a gear in the second with four goals in just under 11 minutes.