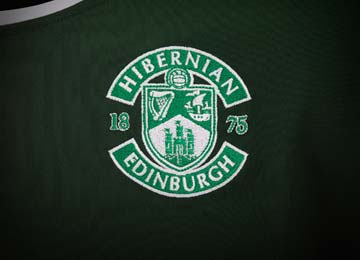 Hibs’ nine month unbeaten away record ended this afternoon with a comprehensive 4-1 defeat to Aberdeen.

Neil Lennon made two changes to the starting XI that lost narrowly to Rangers, with Marvin Bartley and Brandon Barker replacing Oli Shaw and Anthony Stokes. Danny Swanson returned to the squad but had to be content with a seat on the bench,

Hibs started brightly and dominated early possession before Aberdeen opened the scoring after 12 minutes against the run of play.

A cross from Kenny McLean found Gary Mackay-Steven at the back post and his cushioned pass was met by Graeme Shinnie who fired the ball past Ofir Marciano into the bottom corner of the net.

Hibs fought back and  Joe Lewis did well to save a powerful strike from Barker then Paul Hanlon headed just wide as the visitors looked for an equaliser.

Marciano produced a good save from a Shinnie strike before the Dons doubled their advantage in the 36th minute when Mackay-Steven nut-megged Darren McGregor inside the penalty area before mishitting his shot which sent the Hibs’ keeper the wrong way and he could only toe poke the ball into the net off the post.

Just before the break, Efe Ambrose was robbed of possession on the half-way line and Mackay-Steven ran through to make the score 3-0.

John McGinn almost pulled one back in the dying seconds of the first half with a long range shot but Lewis produced a superb save.

Stokes and Steven Whittaker replaced Bartley and McGregor at the start of the start of the second half and the former Celtic striker went close with a header before Barker’s low cross was deflected onto the roof of the net.

Hibs were then denied a penalty after Simon Murray was tripped inside the area but referee Bobby Madden waved away their appeals.

Any hopes of a comeback were dashed in the 62nd minute when Mackay-Steven completed his hat-trick after cutting in from the touchline and curling a shot into the net.

Andrew Considine then had an effort ruled offside and just before the end Hibs scored a consolation when Stokes’ deflected effort evaded Lewis.

After the game Lennon told BBC Scotland:”We were so abject, Cowdenbeath would have beaten us comfortably

“I’ve seen a lot of things in football but I’ve not seen a turnaround in all-round performance in a short space of time,” he added, having been full of praise for his players after Wednesday’s 2-1 loss to Rangers.

“Aberdeen wanted to put out a message that they are the second best team and they’ve done that,” he said. “I have to accept that. We were well beaten.

“They were the hungrier team, the more motivated team; they did everything far better than my team.

“As a manager you take responsibility, but my players need to look at that. They gave up, they lacked character. They lacked physical and emotional strength.

“As soon as the first goal goes in, we capitulated. There was no spark, no inspiration, no individual that tried to get us back into the game.

“I could have made 11 substitutions at half-time. It looked to me like some of them didn’t want to be out there and that’s not good enough.

“That’s a real dampener on what’s been a pretty good season so far.”