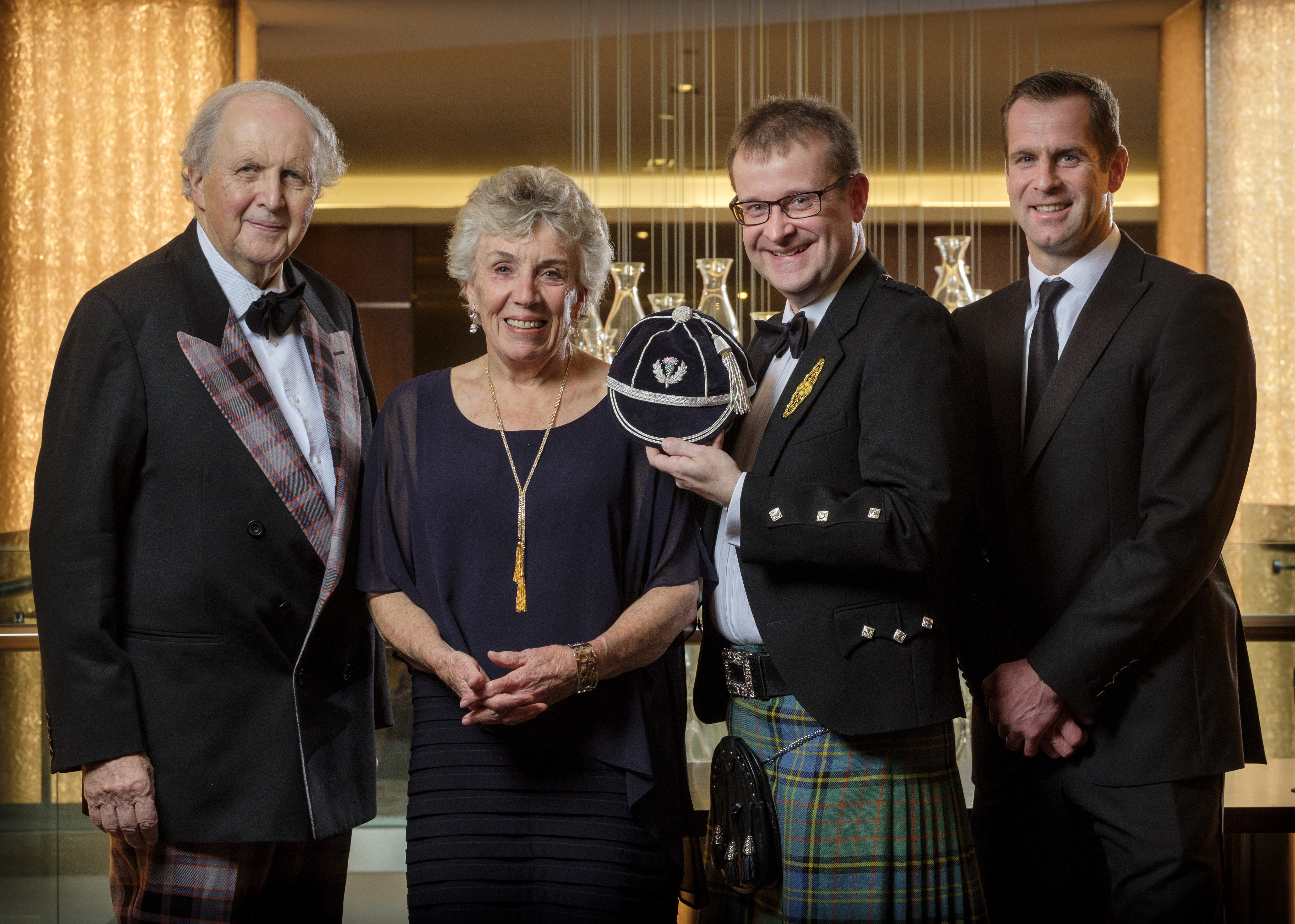 The Going for Gold dinner for Eric Liddell Centre was held on Tuesday evening at the Sheraton Grand and by all accounts was a huge success.

The fundraiser was held not only to raise funds for the centre which specialises in care for the elderly and dementia services with the aim of supporting people to remain in their own homes for as long as possible, but also to raise its profile. It is housed in one of the most significant buildings in Edinburgh, but too many people don’t actually know about the work that goes on there.

Eric Liddell’s daughter, Patricia Liddell Russell, travelled from Canada to accept the re-issuing of her father’s Scotland International Rugby cap which was lost over the decades.

John MacMillan, CEO of The Eric Liddell Centre, said: “What an evening! I can’t thank everyone enough for their outstanding generosity and support in what was a fantastic event.

“The demand for our services has gone up by 24 per cent in the past year alone so we are delighted for the boost which will enable us to continue the great work we do throughout Edinburgh’s communities.

“I’d like to extend a thank you to all involved, especially Patricia for coming all the way from Canada to accept Eric’s reissued cap, and look forward to welcoming everyone along to our next dinner for what I hope will be an even bigger success.”

Patricia Liddell Russell said: “The Going for Gold dinner was just fantastic. It was great to see so much support for the centre which does such tremendous work in my father’s name.

“Being able to accept the cap on my father’s behalf was also an extremely special honour and something I will treasure forever.

“I know he would be so proud of the work the centre continues to do and hopefully it will go from strength to strength, helping the people of this beautiful city.”

Ian Rankin, a past president of Scottish Rugby and chairman of The Murrayfield Injured Players Foundation, presented Patricia with Eric’s cap, to a standing ovation from guests. The foundation focuses on providing support and assistance to injured Scottish rugby players.