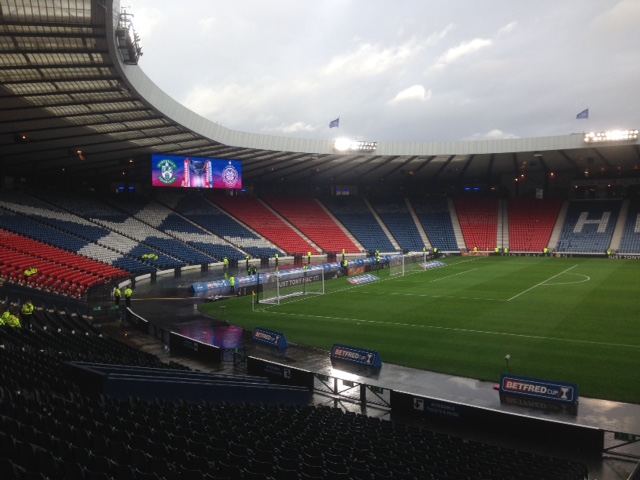 Both the Hibernian and the Heart of Midlothian Academies have been selected for Elite Status as part of the Scottish Football Association’s ‘Project Brave’.

The aim of the SFA’s project is to improve the overall standard of Scottish footballers, with a view to enhancing the domestic game as well as helping to produce talent for the Scotland national team.

George Craig, Head of Football Operations at Hibs is delighted to see the club achieve that status.

He said: “This is fantastic news and something the entire staff at the football club, not just the Academy, are thrilled about.

“Throughout Hibernian’s history the club has quite rightly prided itself on producing great footballers, and the club have made a serious commitment to making sure this continues in the years to come.

“Lewis Stevenson, Paul Hanlon and Steven Whittaker are the most notable Academy graduates in our first-team, with the likes of Oli Shaw, Fraser Murray and Ryan Porteous all regular features in the matchday squads.

“From Eddie May to all of our Academy staff, everyone is pulling in the same direction at the club and this is not only a sign of the quality work they do, but a testament to their dedication to producing young footballers here at Hibernian.”

Hearts’ Academy Manager Roger Arnott said: “We are delighted to be awarded ‘Elite’ status because a major part of our overall strategy is to develop young players and it is something we take very seriously.

“The recent inclusion of younger players in the first-team is a marker of our continued commitment to developing talented young players for the benefit of both Hearts and Scotland.

“We look forward to working with other clubs to push the standard of young players and raise the profile of the game in Scotland.”

“Club Academy Scotland is a fundamental part of the process and a lot of work has gone into developing the criteria used to assess the clubs.

“From Day One this has been a collaborative activity.

“The clubs have been engaged at every step, with daily dialogue to help with their applications.

“We have been heartened and inspired by so many of the positive things we have seen in regards to the development of young Scottish footballers and our aim is to assist clubs and encourage them to hit the highest possible standards.

“What I would like to stress is that the bandings are not fixed and they will be reassessed in June 2018.

“No door is closed to clubs outside of the Elite bracket with aspirations to move up.

“As a result of the conversations we had with clubs, a new middle tier was created.

“The ‘Progressive’ category was designed to ensure ‘smaller’ but ambitious clubs with academies could find their natural place in the system, with scope to push on.

“For those in the top tier, we will continue to monitor their work in conjunction with our independent auditors.

“This is only one more step but we believe it’s a crucial one.”