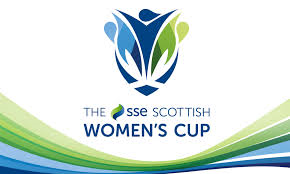 After an even first half, Hibernian took the lead just before the break when Abi Harrison slammed the ball into the back of the net from inside the six-yard box.

Hibernian totally dominated the second half and created a number of chances before doubling their advantage in spectacular style in the 81st minute.

Rachael Small was brought down by Lauren McMurchie, some 40 yards from goal and Siobhan Hunter took the resultant free kick which flew into the top corner of the net.

Hibernian wrapped things up in the dying minutes with a fine header from Small and almost made it 4-0 in time added on when Lia Tweedie fired over the bar from close range.

After the game manager Kevin Milne said: “They produced a performance which was second to none and thoroughly deserved their win. After half time I said to the girls that they had to keep on doing what they were doing and not sit back on their laurels because they will come at you. When Siobhan hit the free-kick I thought ‘what are you doing?’ but when it hit the back of the net,I wasn’t  surprised as she does that all the time in training, but what a finish it was and that killed the game.

“It was a great finish and I’m sure she will get a few champaigns for that.”

Siobhan Hunter said: ” I just fancied my chances. They never really had a wall so I thought that if I hit it hard enough it would go in. That’s two years in a row that we have won two cups, and now we have to go and get the league title and that’s what we want next season.”