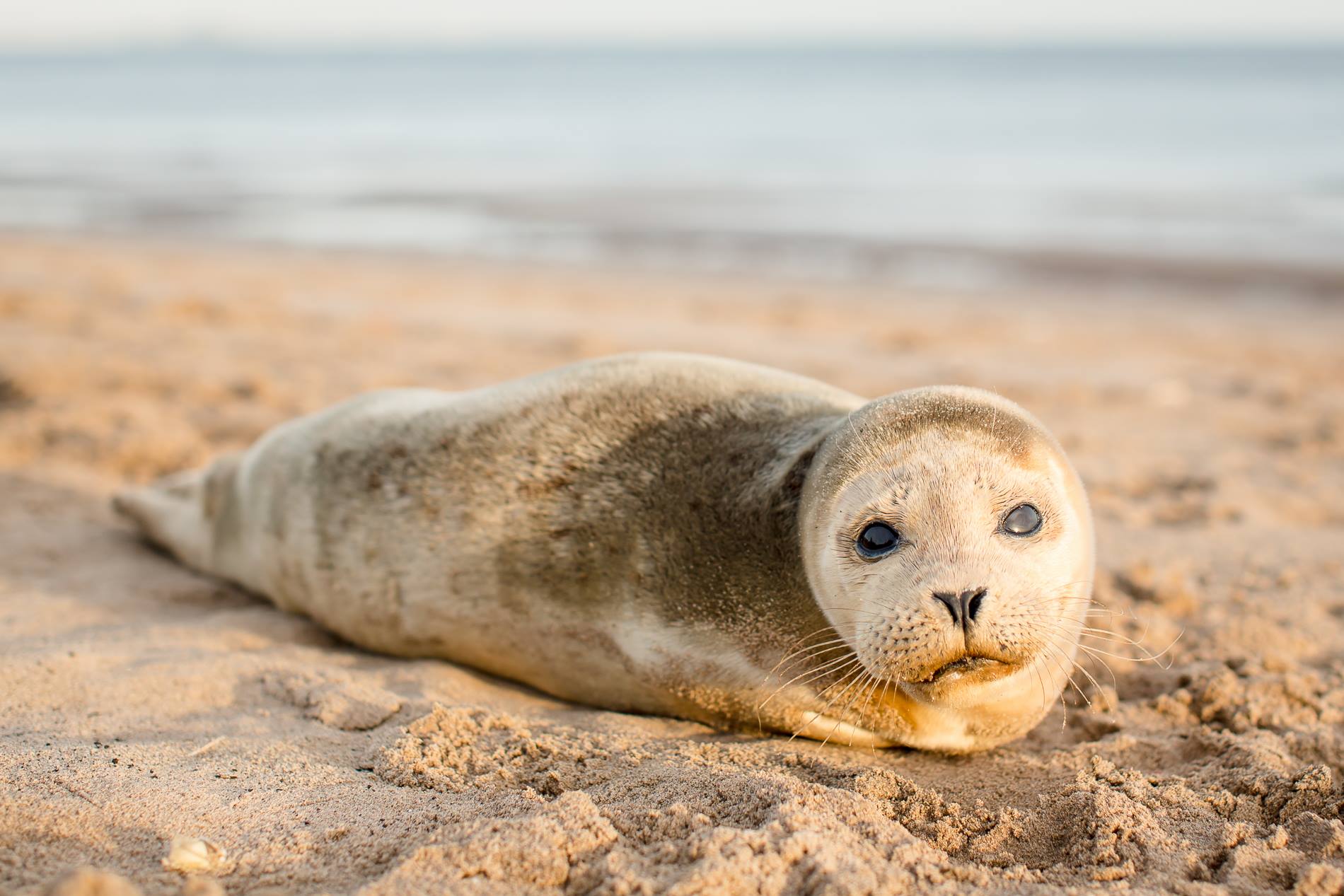 A baby seal was discovered washed up on Portobello beach this morning by locals.

Jo Tennant who came across the seal took to social media to warn dogwalkers writing: “Seal pup on the beach at bottom of Brunstane Road North/ Dalriada. Please can dog owners keep dogs on lead on this section of the beach. SSPCA called.” Emma Ward from Portobello was taking a morning walk when she noticed residents crowding round the seal. She said : “The seal was just sunbathing on the soft sand, it looked uninjured, but a youngish pup.

“The pup was still there when I returned but it had moved as there were more people on the sand with dogs by then.”

“He’s currently being cared for at our National Wildlife Rescue Centre in Fishcross where he will receive any veterinary treatment he may require.

“Anyone concerned about a seal pup, including any who appear injured, are found on public beaches or are spotted in unusual places such as non-breeding areas, should give us a call before approaching them.

“We are often contacted about seal pups that are healthy but have been abandoned by their mothers because someone has disturbed them.”

Local photographer Anna Moffatt who was doing the school run, happened to be carrying her camera when she noticed locals crowding round the stranded animal.

“We stopped to look at the seal, someone mentioned that the SSPCA had already been called.

“I took a couple of photos quickly then we were on our way.”