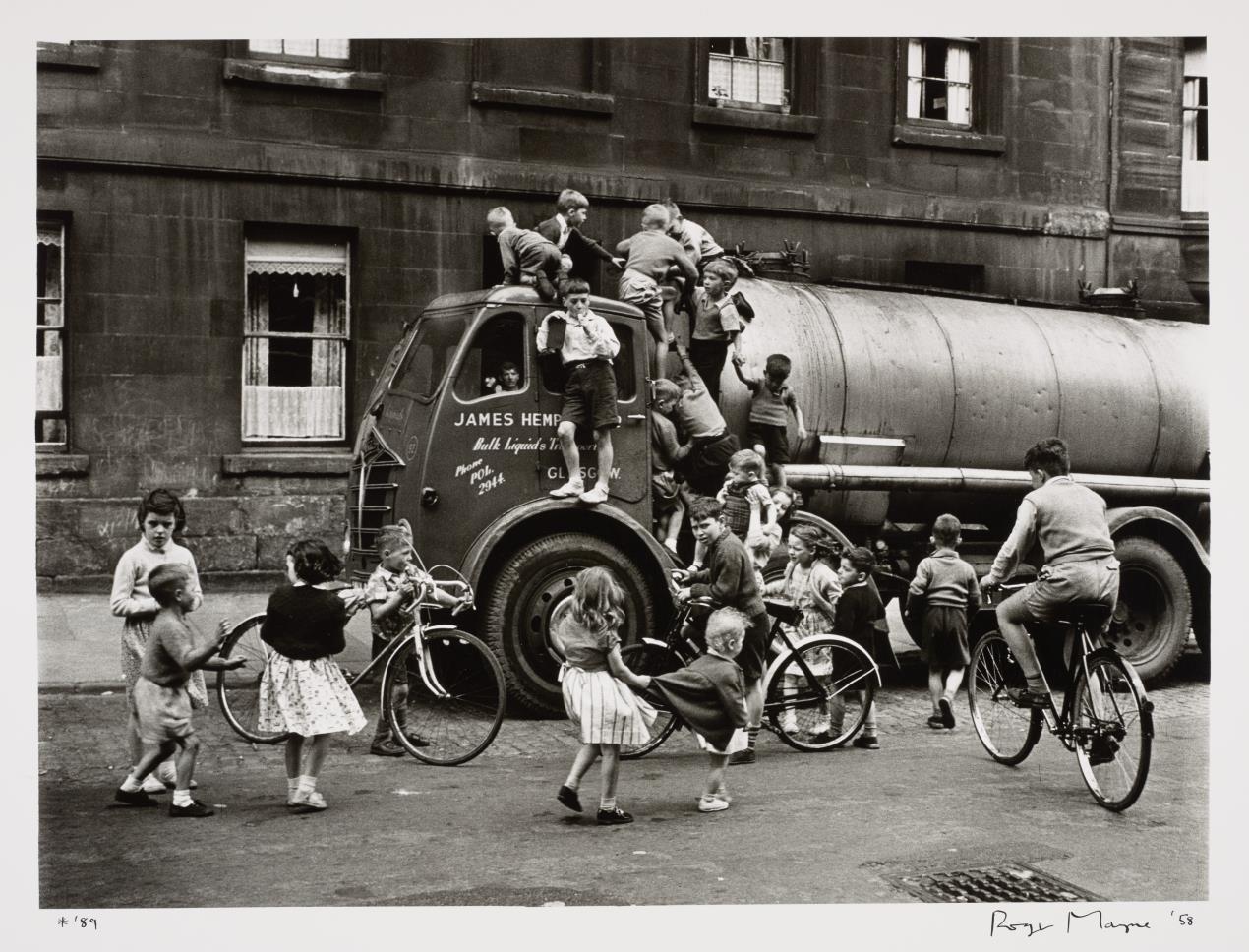 The magic and wonder of childhood will be the subject of a new exhibition of photographs at the Scottish National Portrait Gallery (SNPG) this autumn.  When We Were Young will delve into the rich collection of the National Galleries of Scotland to explore how the lives of children have fascinated photographers from the earliest days of the medium to the present. More than 100 images, which capture children at play, at work, at school and at home will reveal how the experience of being a child, and the ways in which they have been represented, have changed radically in the past 175 years.

The photographs not only reveal the shifting attitudes towards children and their representation, but also show the evolution of the photographic processes from early daguerreotypes to contemporary digital prints.

Opening on 14 October 2017 at the SNPG, When We Were Young is the second in a series of thematic exhibitions being held to inspire a new appreciation for this extraordinary art form.

One of the earliest works in the collection is a daguerreotype of a family photographed by James Howie (1791-1858).  Having trained as an artist, Howie was known as a portrait and animal painter; he switched to photography and established the first professional photographic studio in Edinburgh in 1841 (only two years after photography was first introduced). His customers had to climb multiple flights of stairs, then use a ladder to access a skylight leading to the roof of his outdoor studio, where they would then perch several floors above a bustling Princes Street below and were told to “sit as still as death”.

Photography exhibition at the Scottish National Portrait Gallery from Phyllis Stephen on Vimeo.

Some photographers’ directions for children were more amenable. Julia Margaret Cameron’s literary and religious evocations of the 1860s brought an imaginative element to the depiction of childhood. In her portrait of Kate and Elizabeth Keown, titled The Red and White Roses, the two sisters are shown close up with one clutching a sprig of flowers, the other has hands clasped as if in prayer. The work was not intended as simply a portrait of the photographer’s neighbours on the Isle of Wight, rather it was a metaphor for youthful beauty and the passage of time. Cameron has posed the girls to create an artistic scene and deliberately records them in soft focus so as to create a dreamlike, ethereal quality in the photograph.

Some of the photographs show young children at work or in a work environment—apprentices at ship yards, fisher girls on the beach, or children working family farms and crofts, such as Larry Herman’s 1974 portrait of John Watson at work on a dairy farm in Ayrshire, and Paul Strand’s portrait of John Angus MacDonald on his family croft on South Uist in 1954.  In the work of MacMahon of Aberdeen, the photographic studio captured three young boys at a fish processing plant in the town in order to provide a sense of proportion and scale for the giant cod that was being shipped overseas to Portugal. The picture shows the smallest boy in the middle of the composition, dwarfed by gargantuan fish.

From uniformed school pictures to class outings and lessons, another selection of photographs shows children within an educational context. Among the works on display is a series of images by Edith Tudor-Hart (1908–1973), whose intimate pictures of teachers and pupils from Camphill School, Aberdeen, were originally commissioned for a magazine essay in 1949. Tudor-Hart explored the teaching philosophy of the institution which is displayed in the tenderness of the work that addresses the school’s ethos of providing support and education for children with developmental disabilities, mental health problems and other special needs.

The exhibition also explores the notion of play, a subject synonymous with childhood. From portraits of Victorian children with their dolls and books to explorations of today’s virtual playground, the photographs reveal that while children may have vastly different toys from the past compared with the present day, there is still the desire to escape into a world of make-believe and imagination.

Many photographs reveal the street playgrounds of the 1950s and 1960s, such as Roger Mayne’s Children playing on a lorry, Glasgow (1958). Like so many of Mayne’s highly contrasting, black and white photographs, it captures perfectly the children’s vitality and abandon in a simpler time, whereas Wendy McMurdo explores the state of modern play which often is situated both in the real and virtual worlds. Inspired by the recent phenomenon of Pokémon GO, which involved young children searching out computer-generated characters inhabiting physical sites and landscapes, McMurdo photographed a number of children and utilised digital technology to obscure their faces and create a splintered portrait—symbolic of their fractured play between two worlds.

When We Were Young is also a chance to see, for the very first time, new works recently acquired by the Galleryfrom artists including; Wendy McMurdo, Glasgow-based Margaret Mitchell and leading South African photographer Pieter Hugo. The carefully selected photographs, all from the national collection, celebrate the notion of childhood as recorded by the camera since the 1840s with a delightful and engaging selection and coinciding with the Year of the Young Person in 2018.

Anne Lyden, International Photography Curator, Scottish National Portrait Gallery said : “This is the second of our thematic exhibitions drawn from the photography collection here at the National Galleries of Scotland. This fun and engaging display of childhood from all over the world will feature iconic images alongside less well known works, old favourites and new acquisitions—essentially something for everyone, no matter what your age!”