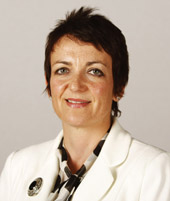 Police and the Scottish Government have launched a new campaign to tackle hate crime in Scotland.

The “Hate has no home in Scotland” initiative aims to increase the understanding and reporting of crimes.

The campaign will highlight the role of bystanders in speaking out against such crimes and reporting them to police.

The scheme launches during Hate Crime Awareness Week and will run until November 26.

Equalities Secretary Angela Constance said: “We all need to play our part to eradicate hate crime, which has no place in Scotland.

“Hate has no home’ encourages and empowers people to recognise hate crime and report it, stopping this discrimination at its source.

“That is particularly important when people are bystanders – no one should be a passive witness when one of our fellow citizens is attacked because of who they are.

“Ensuring we all take a stand and report hate crime is an important part of creating a fairer country for all.”

Chief Superintendent John McKenzie said: “People of all races, religions, ethnicities, of any sexual orientation or with any disability should be able to live their lives free from hate or harassment.

“Hate crime is under reported, we want to change that and we are asking people not to be bystanders. Speak out, help us tackle hate crime. By working together we can drive prejudice out of our communities and out of Scotland.”

Lord Advocate James Wolffe QC added: “Crime motivated by hatred is not only a wrong against the individual, but is an affront to our collective values as a community, creating division and fear. That is why we treat it so seriously and why we will continue to do so.”