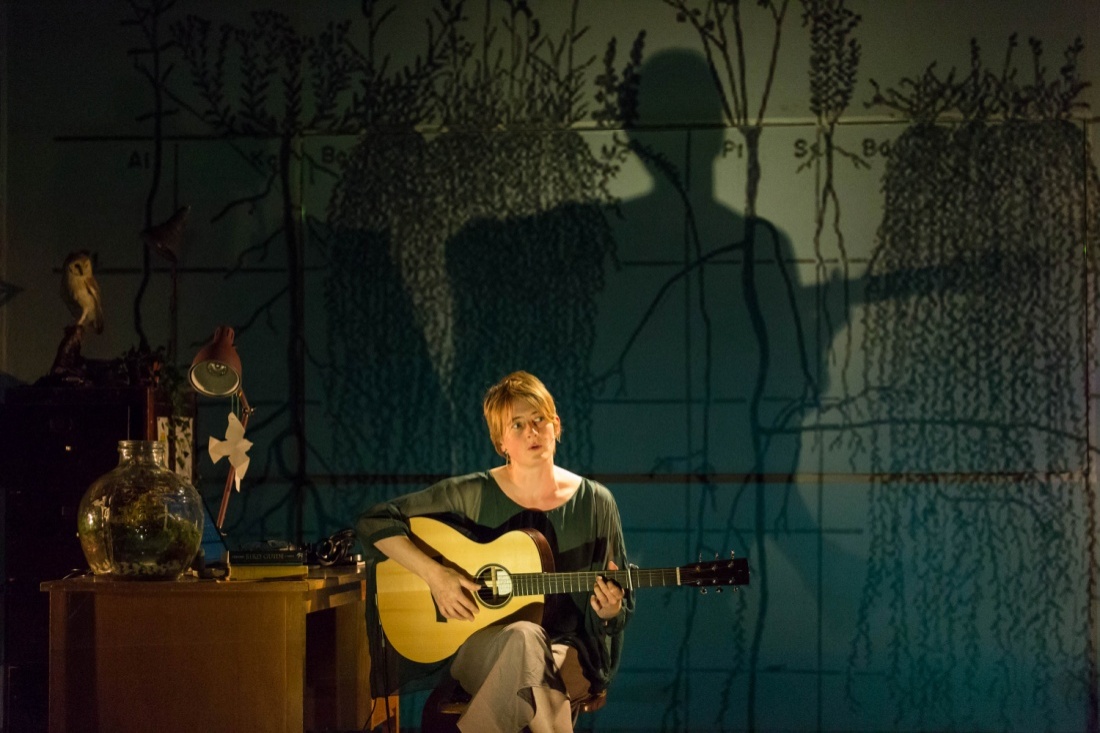 Every autumn, two and a half thousand pink-footed geese fly from Greenland to winter at Fala Flow, a protected peat bog south-east of Edinburgh. From this windy plateau, Karine Polwart surveys the surrounding landscape through history, song, birdlore, and personal memoir. Ideas of sanctuary, maternity, goose skeins, Scottish football legend, and medieval medicine all take flight, in this compelling combination of story and song. Of her 2016 premiere performance at the Lyceum Studio, The Edinburgh Reporter said –

‘There is a ambience of profound tactile sensuality with this performance and you really feel you ought to go out and give Nature a big hug. Her set list of songs draws principally on her original compositions together with arrangements of other artists’ work. Inevitably, Burns’ Now Westlin Winds features prominently.’ ***** Enchanting!

Written, composed and performed by multi award-winning folk artist Karine Polwart, Wind Resistance is her first foray into theatre, and across the course of the production, she combines folk influences and myth with social observations on matters including Donald Trump’s corporate megalomania and Charles Darwin’s family life.

Speaking of the production, Karine says: “It feels bold and thrilling for The Lyceum to programme an intimate, intricate one-woman piece, that’s not exactly a play, for a run in the main house. I’m so honoured that I’ll get to conjure my story of skeins and sanctuaries, peat bogs and birthing in that beautiful auditorium.”