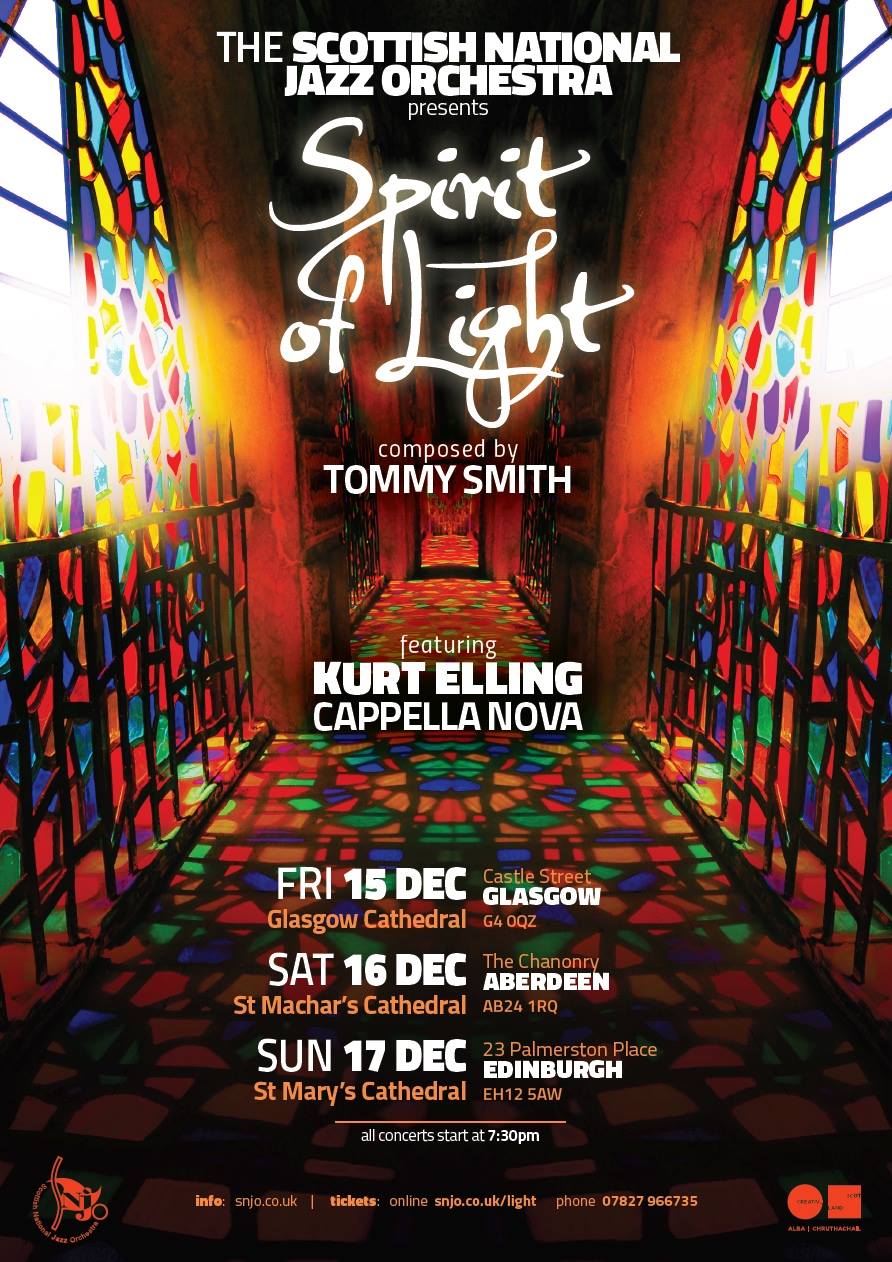 This illuminating work is a celebration in music, song and spoken word; a combinationof the sacred and secular, the traditional and the modern, the hymnal and the poetic. Inspired by the iconography of the season, from Christmas night to the Star and the visit of the Three Kings, Spirit of Light will feature settings of poetry by humanitarian writers from St Frances of Assisi to Liz Lochhead and Norman MacCaig. Grammy Award winning jazz vocalist Kurt Elling (image: jazzfm.com) and the ten voices of Cappella Nova will join the orchestra in this spectacular performance (which will be premièred two nights earlier in Glasgow Cathedral). Elling is recognised worldwide as a leading figure in jazz, while Cappella Nova has an unrivalled reputation for championing not only Scotland’s early vocal music but also contemporary works by composers such as Sir James MacMillan and John Taverner.

Tommy Smith, who will be the orchestra’s principal instrumental soloist in Spirit of Light, is one of the best saxophonists of his generation. He is also the founder and director of SNJO.

Smith grew up in Wester Hailes; at the age of 13 he met pathologist and pianist Vincenzo Crucioli, to whom attributes much of his success. He is a former pupil of the City of Edinburgh Music School.  At 14 he was named Best Soloist at the Edinburgh International Jazz Festival, later winning a scholarship to Berklee and beginning an illustrious international career.

Spirit of Light is at St Mary’s Episcopal Cathedral, 23 Palmerston Place on Sunday 17th December; the performance will begin at 7.30pm.

Tickets for this stand out event are available from Eventbrite here.