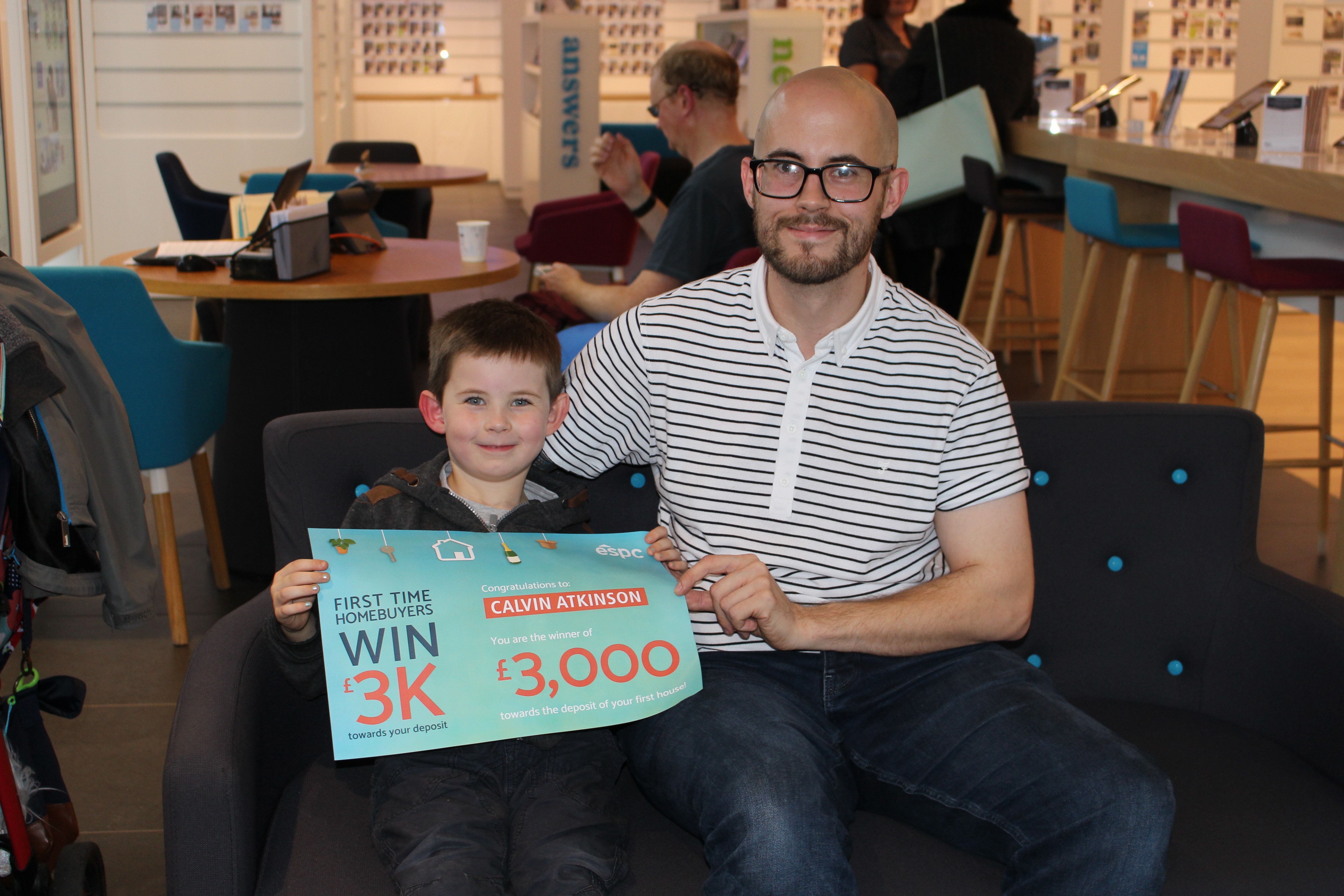 Calvin Atkinson is the winner of Edinburgh Solicitors Property Centre (ESPC) prize draw for £3,000 towards a first home deposit.

His name was randomly pulled from the hat and
30-year-old Calvin, from Edinburgh, works as a delivery driver for supermarket giant Sainsbury’s.

He is a single father with two young children and has been trying to save as renting property has proved tough.

Now, he hopes to find a property in South Queensferry to be close to his five-year-old son’s school.

Calvin said: “Owning my own home means security for me and my two children.

“We’ve been renting but the past two landlords decided to sell their property when we were living there, meaning I had to move out and look for somewhere else.

“With two kids I’ve had to make quite a lot of sacrifices to save as I have also been trying to pay off debt at the same time.”

Calvin will be able to use the win as part of his deposit and will also benefit from free mortgage advice from ESPC Mortgages and free conveyancing from Jardine Phillips.

Paul Hilton, chief executive officer of ESPC, says: “Hearing stories from first time buyers about how challenging it can be to save for a deposit, particularly with other financial considerations, was the reason why we launched our draw.”