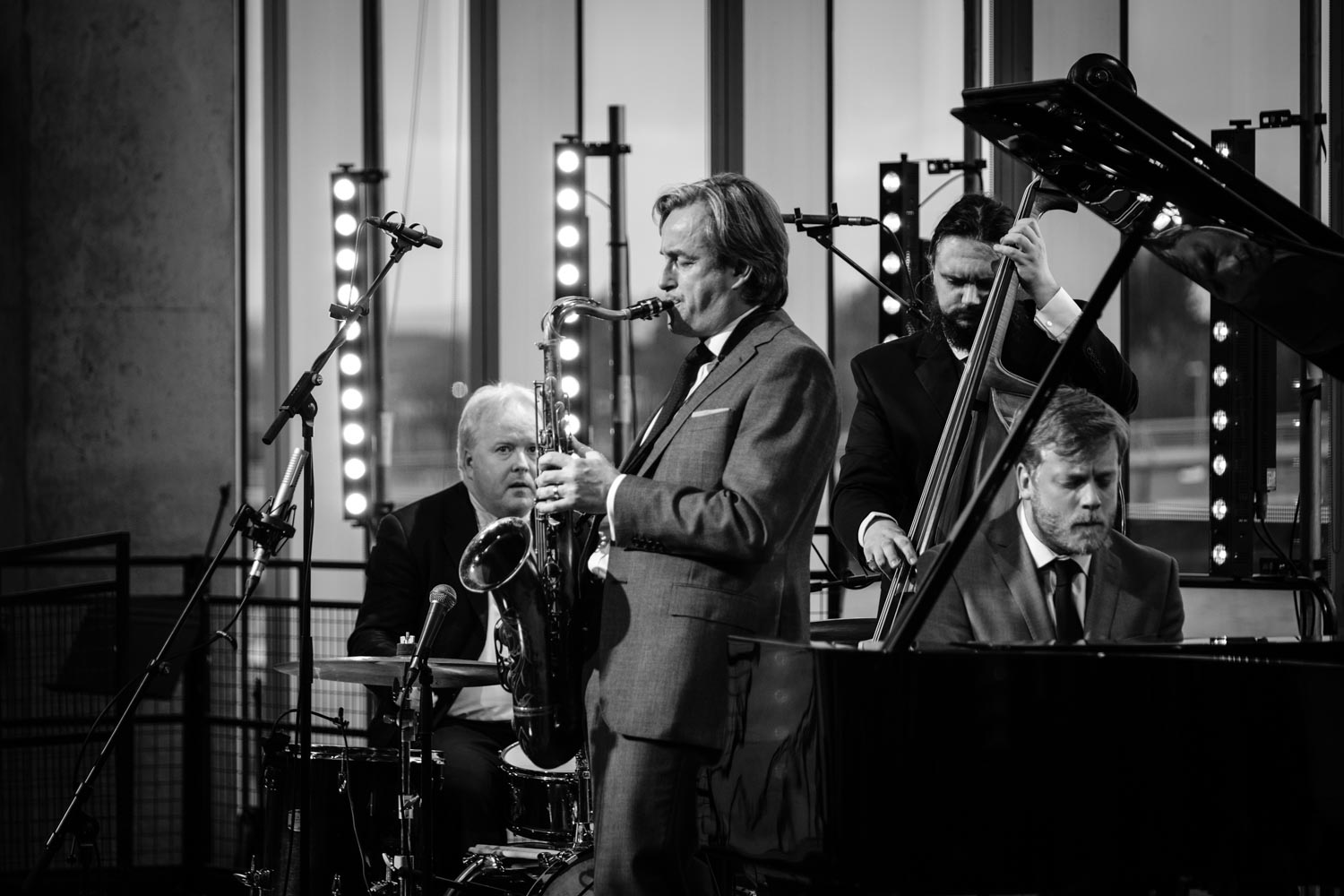 Internationally acclaimed Edinburgh-raised saxophonist Tommy Smith brings his new quartet to The Brunton Theatre in Musselburgh this
Thursday 26 October 2017 following a sold out concert at the world famous Ronnie Scott’s jazz club in London on Monday.

Smith is currently touring to mark two anniversaries. This year is the 50th anniversary of his greatest inspiration, the iconic saxophonist John Coltrane’s death. It is also Smith’s fiftieth birthday year and the quartet celebrated this with a sold-out, rapturously received concert at Edinburgh Jazz & Blues Festival in July.

The saxophonist formed his new group in February. It features two protégés from his youth orchestra, pianist Peter Johnstone, who was the Young Scottish Jazz Musician of the Year in 2012, and bassist Calum
Gourlay, who now features regularly with the Scottish National Jazz Orchestra. On drums is the hugely experienced Dutchman Sebastiaan de Krom, who has previously worked with Herbie Hancock and Jamie Cullum.

They recorded their first album, Embodying the Light earlier this year at Castlesound studios in Pencaitland, and the reviews have been overwhelmingly positive.

In concert they play without amplification, which caused the sound engineer at Ronnie Scott’s to ask if they were serious.

“Fortunately my agent is old enough to remember the alto saxophonist Phil Woods playing at Ronnie Scott’s without a PA and he was able to assure the guy that there was a precedent,” says Smith.

“I’ve nothing against amplified music,” he adds. “It just feels more natural to play acoustically. It makes us listen to each other more carefully and the audience gets to hear the true sounds of the instruments and the band.”