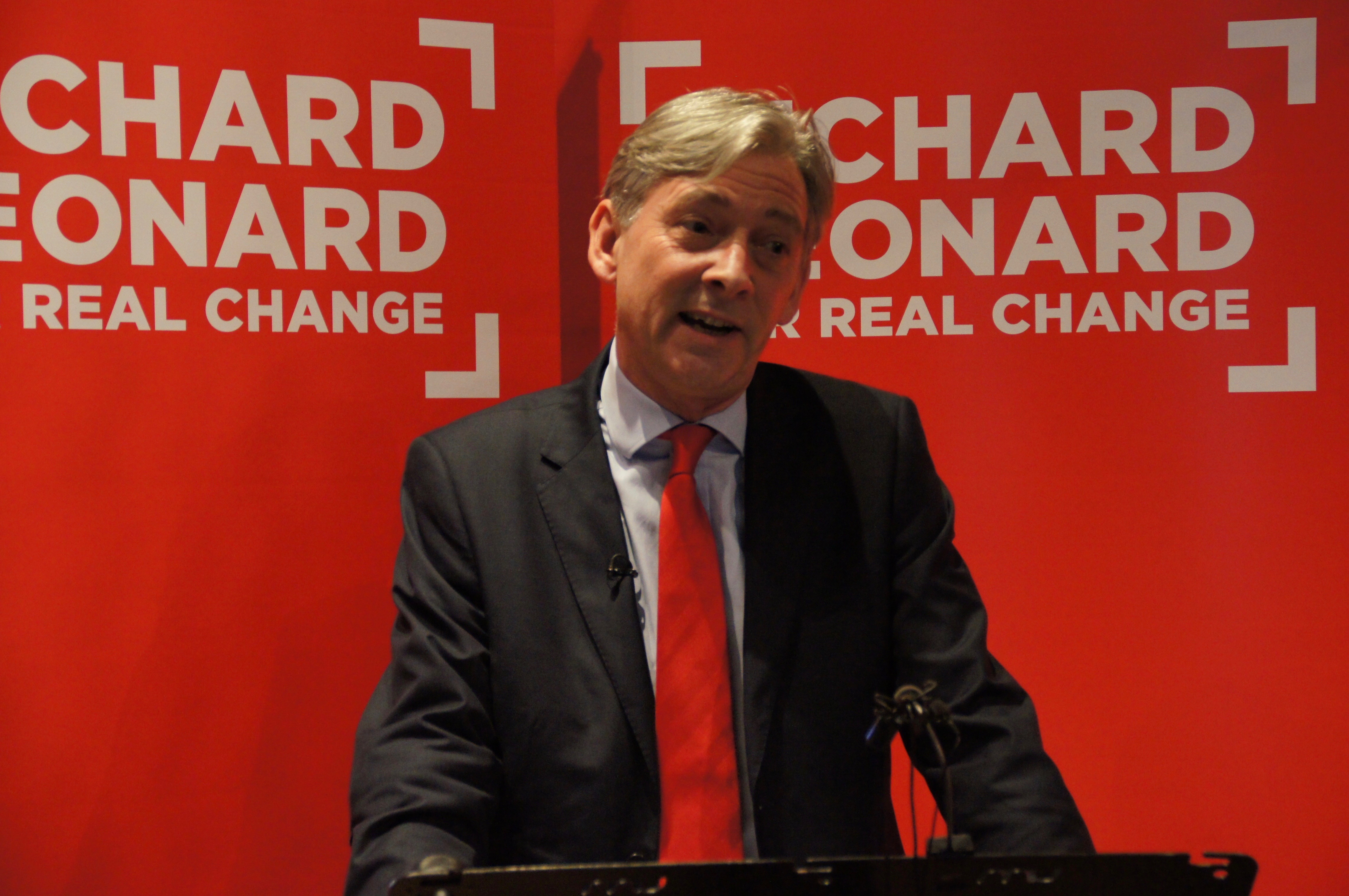 Richard Leonard is one of two candidates running in the Scottish Labour Leadership race and he promises real change. That’s what the placards say anyway.

But truthfully, as is often the case, it is more talk about many of the same issues as before. But he does seem to have some passion at least, and he delivered his speech at the Serenity Café earlier today to members of the Labour Party and the press with real enthusiasm.

Real Change promised by @LabourRichard speaking to an audience of press and supporters earlier in Edinburgh pic.twitter.com/PXlAQwpKeL

He made  much of his past with the GMB Union and says he promises to be a real Labour man, with a nationalised railway and public ownership high on the agenda. Public ownership of everything from energy to transport, he held up the example of Lothian Buses here in the city as a model for many other towns and cities to copy.

On PFI projects he would like to see the deprivatisation of these as they continue to leak profits out of public services. He would like to develop alternative public sector models for funding infrastructure, saving the public money and improving services and working conditions. Asked a random question from the floor about his views on Donald Trump’s possible visit to the UK, he replied : “If there is an official state visit by Donald Trump then the people need to express their views about what he said about what happened in Charlottesville, and what he is saying about the Paris Climate Change Agreement. I only joined Twitter recently on the basis that I would not read his tweets. I think everything stands for is an anathema to everything most people in Scotland stand against. So I think the Labour Party has to be at the forefront of the protest against Donald Trump.

“I am quite happy from time to time to protest because I think that any leader of the Scottish Labour Party needs to understand that leading the party is not just about leading an opposition in parliament, it is about leading  across the country and that is what I intend to do. ”

His manifesto on public ownership can be found on his  website .

Voting for the Scottish Labour leader to succeed Kezia Dugdale opens on Friday 27 October 2017. Voting closed on 17 November at midday and the result will b announced on 18 November 2017.