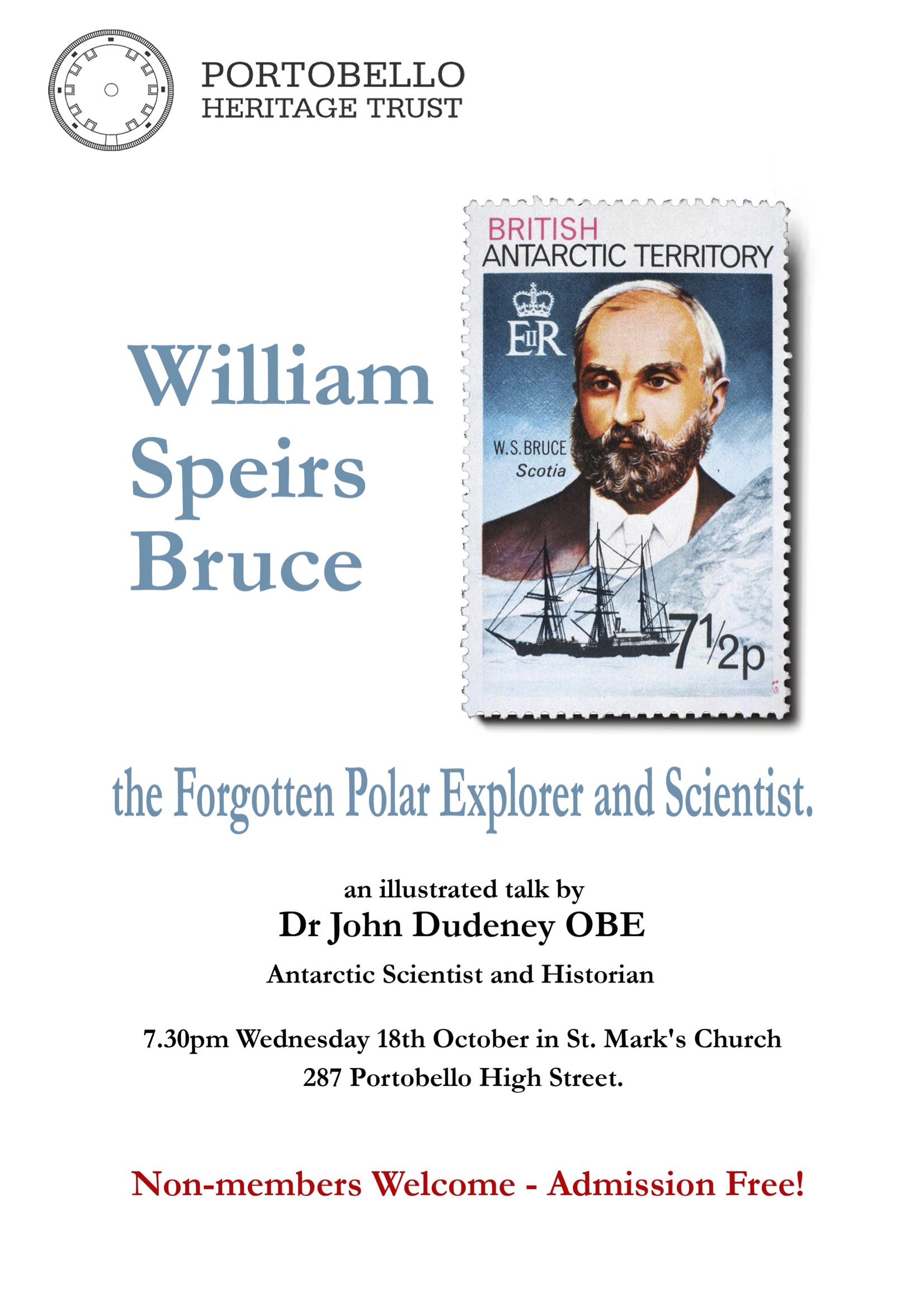 The Portobello Heritage Trust organising the lecture on Wednesday 18th October to be given by Dr John Dudeney OBE, Antarctic Scientist and Historian. The lecture is entitled William Speirs Bruce – the Forgotten Polar Explorer and Scientist. Dr Dudeney was Deputy Director of the British Antarctic Survey and has over 50 years’ experience working in Antarctica and on Antarctic affairs.

William Speirs Bruce was one of the foremost Polar scientists of his age.  He gave up his medical studies in Edinburgh to pursue his lifelong passion for natural history and oceanography.

This expedition achieved its aim of collecting novel scientific information of the region and established the oldest meteorological station in Antarctica. In Scotland, he co-founded Edinburgh Zoo and founded the Scottish Ski Club. There is a plaque in South Morton Street, Portobello, where he lived for a time.

The lecture will be held in St Mark’s Church, 287 Portobello High Street, at 7.30pm on Wednesday, 18th October.