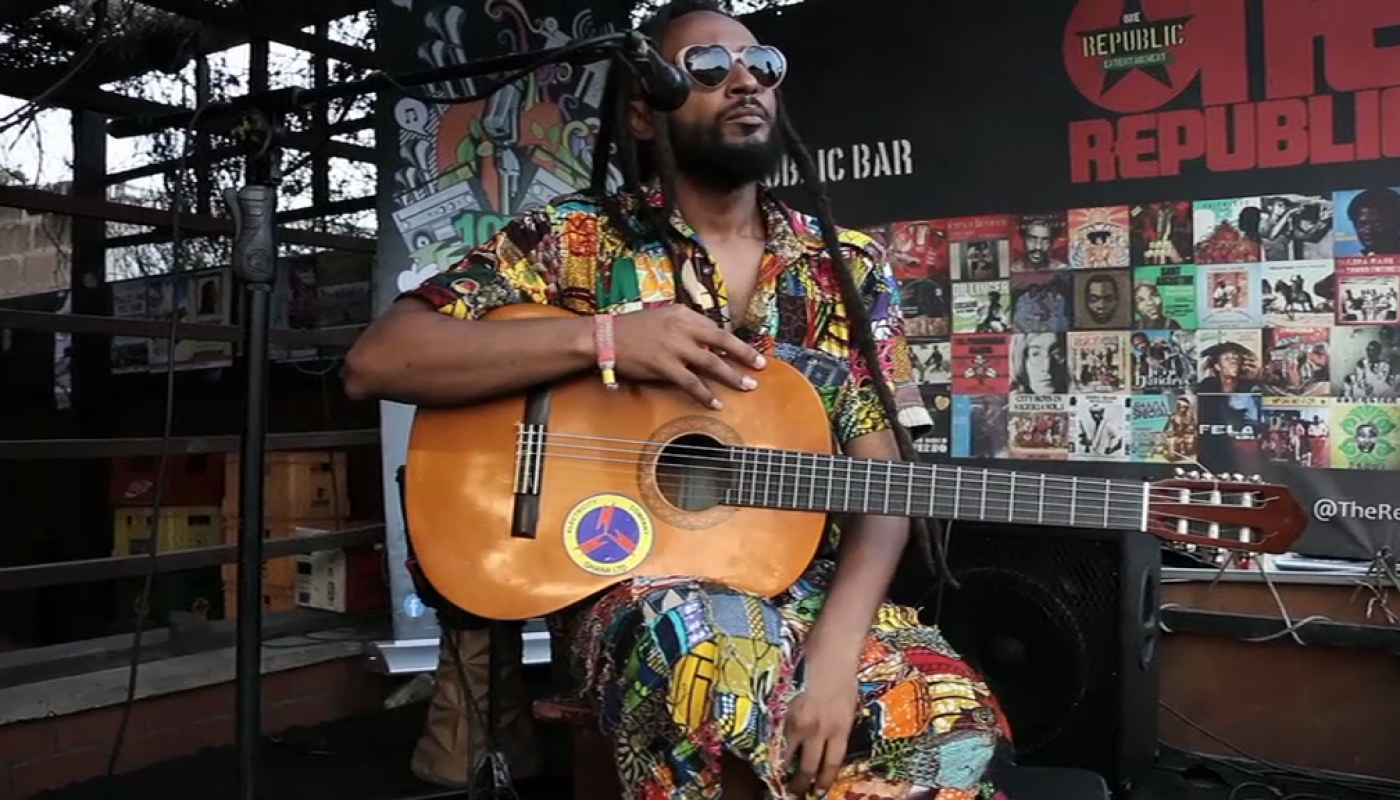 ‘Movies touch our hearts and awaken our vision, and change the way we see things. They take us to other places, they open doors and minds.’ (Martin Scorsese, founder, World Cinema Fund) The first film festival in Africa and the Arab World was established in 1966. Carthage Film Days, founded by director Tahar Cheriaa (right), began fifty-one years ago – but how many of us know anything about African cinema? Now in its 12th year, the 2017 Africa in Motion Film Festival (AiM), which begins on 27 October 2017 in Edinburgh and Glasgow,

shows not only how many films the West has missed, but also how sophisticated those films are. This is no amateur stuff; African cinema offers artistic masterpieces on a par with cinema from anywhere in the world.

This year one of AiM’s major themes will be Africa’s Lost Classics, with screenings of some of the greatest African films that have been lost, forgotten, censored or banned, from Fatma 75 (1976), the first non-fiction film by a woman from Tunisia, to Louis De Witt’s South African blaxploitation crime film Joe Bullet (1973) and Meuda, Memoria E Massacre (1979), the first fiction film from independent Mozambique. The strand includes three masterpieces made by women, which the Lost Classics project has restored and given a new lease of life. Lost Classics will be accompanied by a photography exhibition at the Filmhouse in Lothian Road and African Film: Looking Back Through the Lens, an exhibition at  Whitespace Gallery (East Causewayside) reviving lost histories through films, posters and clips.

AiM’s not just about history. Many people of African descent live in Latin America and the Caribbean; oppressed, marginalised or ignored for generations, they are now using film and other media to draw attention to their situation. Afro-Latin (In)visibility in Focus will include films from Colombia, Costa Rica, Nicaragua and Cuba, discussions with Colombian and Nicaraguan activists, a symposium on The Poetics and Politics of Afro-Latin Visibility – and a party with Caribbean beats at at The Granary in Leith.

Scotland has a complicated relationship with Black History. It’s been a forerunner in anti-racism activism – but its history is also full of links to slavery. Reviving Scotland’s Black History is a young programmers’ project developed by AiM and the Coalition for Racial Equality and Rights; it brought four aspiring film programmers together to learn about black heritage in Scotland before curating events and screenings for AiM and Black History Month.  From Shashamane, a film about Jamaican Rastafarians in Ethiopia, to 1745, which follows the story of two enslaved African sisters in the Scottish Highlands, this strand examines the transatlantic slave trade and its continuing effects on modern society. Winnie Mandela is one of the most controversial figures in recent 20th century history.  Pascale Lamche’s Winnie looks at the life and times of this uncompromising woman; it’s part of AiM’s ‘F-Rated’ selection, highlighting films made by and featuring women – other female-driven stories include the animated African tale Liyana, Senegalese drama Mossane, and Tess, the story of a Muizenberg sex worker. There’s plenty of live music too; Nigerian composer Juwon Ogungbe will accompany silent film De Voortrekkers with his own original score, and AiM’s Opening Reception in the Filmhouse Café Bar will feature jazz from  Zimbabwean singer Cynthia Gentle. For those with a serious interest in film making, a free (booking essential) workshop and masterclass on Moroccan musical and filmic call-and-response techniques will cover everything from Amazigh oral traditions to the rap scene in the country’s urban centres. Moroccan filmmakers Ahmed El Maanouni and Izza Genini will be attendance. Tule Chakula is Swahili for ‘let’s eat food’ and on Sunday 29 October you can do just that at the Serenity Café in Jackson’s Entry, when Knights Kitchen will serve up a menu of East African dishes to accompany short films from Tanzania, Kenya and Ethiopia. There’ll be more fabulous African snacks from Knights Kitchen at the Opening Reception. Mandazi anyone?