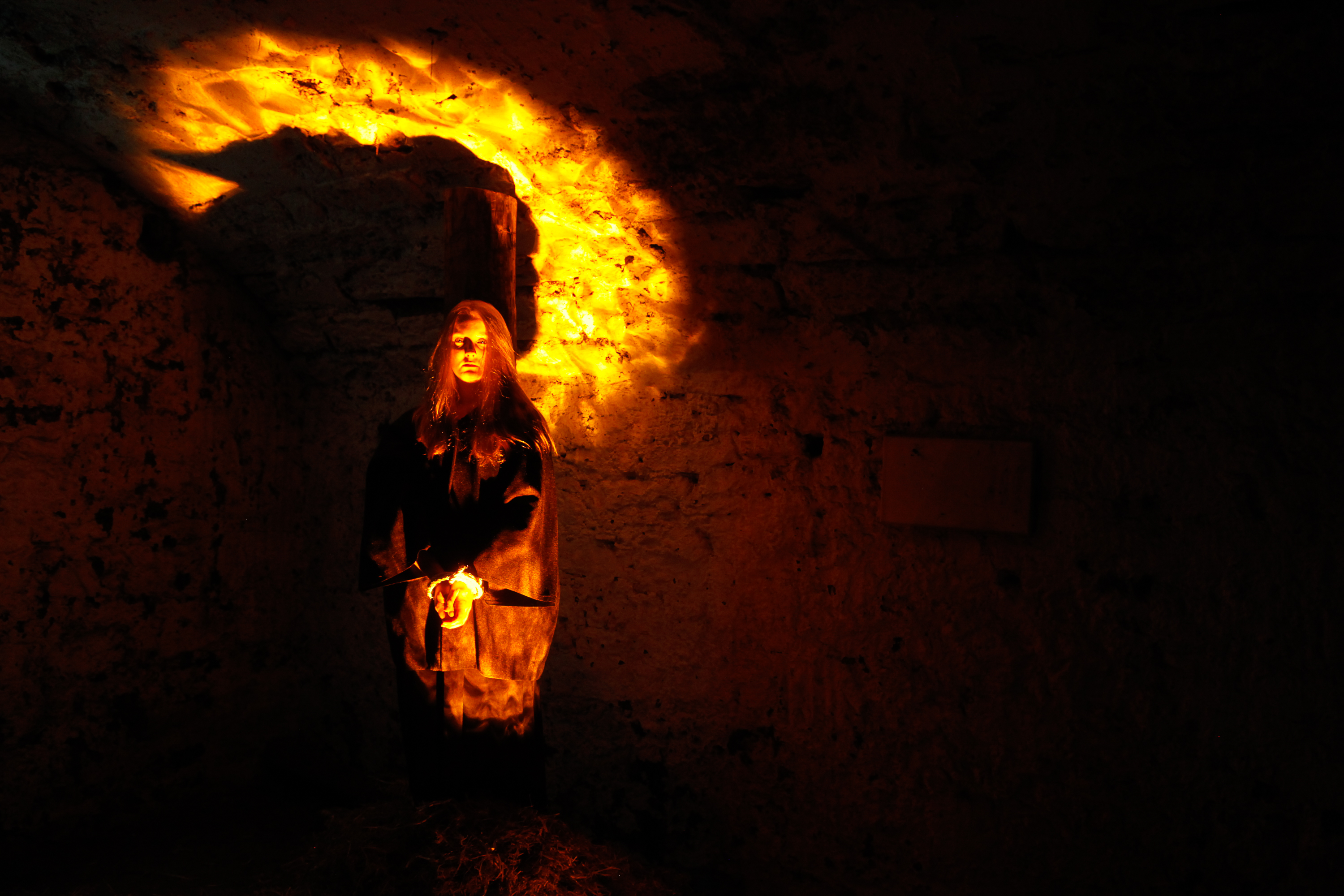 The Samhuinn Fire Festival in the Old Town takes place on 31 October 2017. It is run by the Beltane Fire Society and will take you back to the pagan celebrations marking the end of the harvest and beginning of winter.

You can volunteer as a steward at the festival which means that you look after those performing and those watching on. Liaising with police and security this is a good way to understand more about the Beltane Fire Society and what it does.

Here is the Winter King :

Get into the true spirit of Halloween in Edinburgh this year by visiting Escape Reality, Scotland’s newest escape room experience.

With two of the scariest escape rooms in Scotland, Nosferatu and The Asylum, you will need to be brave, calm and calculated. Challenging Nosferatu you will have to use your skills to identify the world’s most dangerous vampire known to man. If bloodsuckers aren’t quite your cup of tea then maybe escaping an asylum might be better instead? The derelict building has been abandoned for many years and you just had to go and investigate it. Now you’re lost and need to escape, you might not be alone…

Both escape rooms are rated four-star difficulty so you will need to assemble your A-team to play.

For two weeks, Escape Reality are also offering customers 20% off with a special discount code – HALLOWEEN20 available to use between 16th – 31st October. Additionally, players will be able to take part in a Murder Mystery competition with the chance to win a free game.

If you are going on the sleeper near Halloween then look out for witches and ghouls!

Guests of Caledonian Sleeper are in for a treat as storytellers from The Real Mary King’s Close– climb on board to tell the unnerving tale of Burke and Hare.

Themed for Halloween and set to take place on the overnight Edinburgh-bound service from London on Tuesday 24 October, the on board event will offer guests a unique insight into the murders committed by the notorious pair in 1828.

Renowned for telling the real stories of Edinburgh’s fascinating history, The Real Mary King’s Close is an award winning social history tour which takes guests through a unique warren of 17th century streets, frozen in time beneath the Royal Mile.

The storytelling event forms a calendar of on board events organised by Caledonian Sleeper and its partners to offer guests a series of Scottish-inspired experiences.

Ryan Flaherty, Serco’s guest experience director at Caledonian Sleeper, said: “We’re really excited to be hosting the storytelling event in partnership with The Real Mary King’s Close. Scottish history fascinates people from across the world and this event will really bring to life an intriguing and dark time of the countries past. We hope guests enjoy the event and aren’t too unnerved to get a good night’s sleep.”

Friends of Starbank Park are having a party! More details here. Make your Halloween Costumes at a special sewing class with Edinburgh Sewcial  on 14 October 2017. Ideal for children according to the organisers.

Fancy dress encouraged, but not required, and there will be a prize for best costume. Tickets are priced at £8 (adults) and £6 (concessions). Students will need a valid ID to claim concession. Retain your receipt from the ticket purchase, as it is needed. Live band at Summerhall smashing out anthems from the eighties and beyond.

Loads of horrible things to do at a variety of locations across the capital! Attractions include a Resident Evil live playthrough, ghost stories and spoken word horrors. Over-18s only- please present a valid ID at the door of events.

This Hallowe’en help Caley the good garden witch and her cat, Mi-agh as they plan a very special party for the the Garden’s animal friends. Follow the trail to work out which creatures have been invited to the party and what they would like to eat. Complete the trail and you will be rewarded with a tasty treat too!

At the Georgian House hear tales of gore and misdeeds in the heart of Edinburgh’s New Town. Behind its grand Georgian exterior lies a darker past: this is, after all, the city that inspired the Gothic horror of Dr Jekyll and Mr Hyde. And as you make your way through the house in the late evening, you’ll delve into the tragic past of its former owners, the Lamont family.

On 22 October there will be a chance to get out for a good autumn run – either 1k or 5k depending on your age and ability! Click on the picture to register for the event at the Royal Highland Centre to raise funds for When You Wish upon a Star Visit The Real Mary King’s Close this Halloween, for the return of the 2016 sell out tour Condemned. Join a character guide and travel back to a time when Mary King’s Close was open to the skies. Fear and suspicion lurked around every corner, and witch trials were a regular occurrence. Hear how the inhabitants of Mary King’s Close and the surrounding streets were implicated in witchcraft, and the fate that befell them. A late night tour experience, Condemned offers a unique insight into Edinburgh’s fascinating history with the occult, telling the stories of its infamous accomplices and most ardent opponents. Condemned will take you on a journey through Scottish history, documenting how and why attitudes changed over time. Make your way into the 18th century and see how the Enlightenment introduced new ways of thinking, changing perceptions and bringing relief to those who would have once have hidden behind closed doors.

With themes of witchcraft being explored more and more in popular culture such as Outlander, Condemned will challenge perceptions and go beyond what we believe to be true.

Tour creator Keith Baxter commented: “Condemned offers a different insight into the history of Mary King’s Close, exploring Edinburgh’s historic fear of the unknown; where it originated and how it came to be a part of everyday life. With this tour we wanted to dispel the myths and tell the real history of the occult in Scotland, it proved so popular in 2016 that we just had to bring it back to The Real Mary King’s Close, bigger and better.”

Advance booking is recommended and tickets can be booked online at www.realmarykingsclose.com, by phone on 0131 225 0672 and in person at The Real Mary King’s Close.