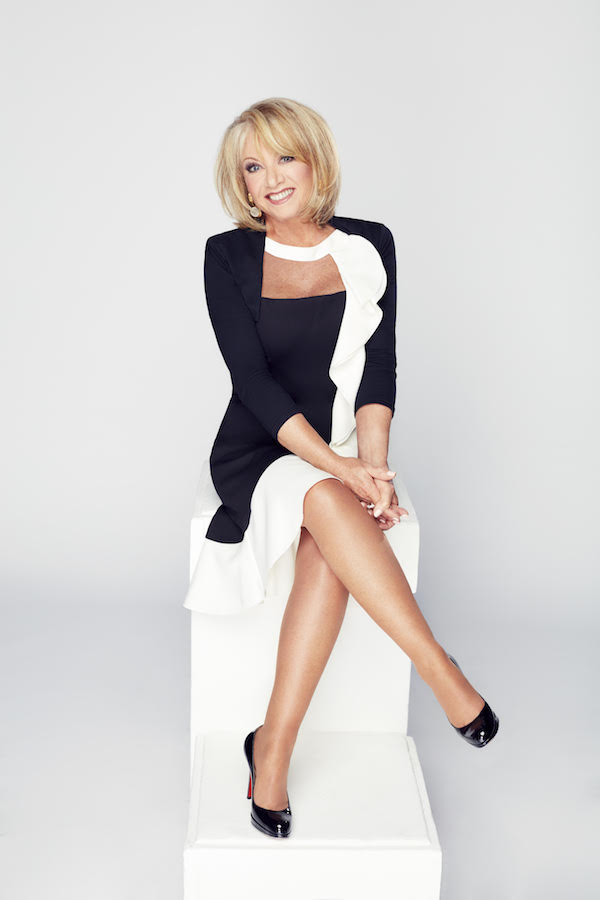 Elaine Paige needs little introduction at all. She has had an illustrious career since Evita and Cats. The singer is coming to The Queen’s Hall and we had a moment or two to chat to her about the show and her rise to fame.

In this show you celebrate contemporary songwriters from the huge musical numbers of Tim Rice and Andrew Lloyd Webber that you’ve become synonymous with to Lennon and McCartney. With such a huge catalogue to choose from how did you compile the final set list?

I was making an album in New York with the late legendary producer Phil Ramone and he asked me who my favourite artists were and listing quite a few I finished with Harry Nilsson, Randy Newman and Jim Webb and I thought as I said it that sounds rather good – Nilsson, Newman & Webb.  So they were really my inspiration for the concerts – I looked back to that period in my life, the 60’s and 70’s, when I was listening to a lot of music.

How has your response to the songs and how you perform them changed at different stages of your life?

I’ve always been a fan of lyrics, in fact it was Jim Webb’s work way back then that made me start to take notice of lyrics and the stories behind them. So lyrically some of the songs I sing have taken on new meaning. Memory for example has taken on a completely new meaning to me now that I’m older. Can you describe the moment when you first knew that you wanted to follow a career on the stage?

There was always music in our house – my father was a drummer and loved jazz and my mother loved vocalists such as Ella Fitzgerald and Perry Como. It was my music teacher at school who first noticed my singing voice – I think it must have been when my school staged The Boy Mozart, an operetta based on the composer’s life and work.  I sang the mezzo role, Bastienne, from the opera Bastien and Bastienne, the first of many emotional songs that have shaped my career.  When I sobbed at the end of the aria the audience gasped.  They thought I’d forgotten my lines!  Didn’t they know I was acting!  My father did, though, and duly asked “Would you like to go to drama school?”  A dream come true! I could hardly believe it. My parents were wonderful, encouraged me to explore this further and helped me get a place at the Aida Foster School to learn singing and acting.

How did you break into the industry?

My first job in the theatre was in ‘The Roar of the Greasepaint – The Smell of the Crowd.’  I auditioned under my real name (Elaine Bickerstaff) and didn’t get the job, but Aida Foster, who ran my stage school, was convinced I was right for the show and suggested I went back under another name.  I thought she was mad.  Wouldn’t they recognise me?  How naïve!  Well I got the part, a Chinese urchin, and kept the name – Elaine Paige.

You created the roles of Eva Peron and Grizabella in the original London casts of Evita and Cats. What do you remember most about your opening in both of those musicals?

I don’t really remember much about the opening night of Evita as it was such a blur.  I’ve said knowing what I know now I’d love to go back and re-live it all over again just so I could experience it more calmly!

However I do remember getting the part of Eva Peron.  It was like running a marathon. I was working in the North of England at the time and my agent convinced me to buy the recording of Evita – the White Album, as she said I was perfect for the role. I bought the album and from the very first hearing I knew I had to play her.  I became obsessed with Eva Peron – the story, the lyrics, the dazzling music and the woman.  I research everything I could about her and played the album over and over.

For my first audition I sang the Beatles hit Yesterday, not as a pop song but as a drama with a beginning middle and end.  I was called back the next day and there began a series of six further auditions of increasing intensity until one night my agent arrived at my apartment and announced that I had got the part!  The news that would change my life forever!  I had won the title in the new Andrew Lloyd Webber and Tim Rice musical. How amazing!

For Cats I didn’t have much preparation at all!  I had heard the song ‘Memory’ on the radio one night and was determined to call Andrew Lloyd Webber the next day to ask him if I could record it.  The very next morning I was awoken by a phone call from Cameron Mackintosh asking me if I would meet Trevor Nunn as Cats was about to go into previews and Judi Dench had been taken into hospital with torn tendons.  I had two days to learn the part.  And in fact singing Memory during previews was a feat of memory!  The lyrics changed every night -Tim Rice, Don Black – everyone had a hand in it until Trevor Nunn’s original lyric, inspired by lines from T S Eliot’s Rhapsody on a Windy Night, prevailed.

You became iconic when you created the role of Evita. How did that change your life?

One moment I was an actress playing parts and getting on with my life the next I was launched at 90 miles an hour into the spotlight.  It, of course, had its pluses… I may not be here on Broadway today if it wasn’t for Evita, but I did have to cope with the glare of the media, which for someone no matter how much experience you’ve had is a difficult thing to handle.    Fortunately it wasn’t what it is today there were no mobile phone cameras, youtube, internet … now you’re dealing with worldwide fame in an instant!  And that must be hard to handle.

Of all of the roles you have played what are some of your favorites?

Its so hard to chose my favourite but I guess I should say Eva Peron in Evita as that is the show and role that gave me my big break.  And Norma Desmond in Sunset Boulevard as that was the show that eventually took me to Broadway and it’s a great score.  I also really enjoyed playing Mrs Lovett in Sweeney Todd at The New York City Opera – I love Stephen Sondheim’s work and as I’m sure you know most recently I played Carlotta Campion in Follies written by him and had the most amazing song to sing ‘I’m Still Here’ – that was a thrill as it took me back to Broadway and also to Los Angeles and Washington.  And of course there’s Chess – to have a song written for is marvelous, but to have a whole musical written for you is thrilling.  See I told you it was hard to choose a favourite!

What would you have done if you hadn’t got into theatre?

A tennis player! I wanted to be a professional tennis player.  But when I told my headmistress that’s what I wanted to be she looked at me from over her desk and said “But Elaine dear you too short!  You can’t even see over the net!”  I was devastated!  My mother was a milliner with her own shop.  To this day I can’t pass a hat shop without trying on a few and more often than not, coming out with at least one!  So I would probably have been a milliner.  But I still play tennis whenever I can and have won a few amateur tournaments … so I can see over the net!

Which people have influenced you most in your life and why?

I’ve been lucky enough to work with so many talented people, some of the very best. Such a privilege.  And I’ve made so many good friends who have supported me and encouraged me whom I love. So to pick out just a few would be unfair.

Who continues to inspire you today?

I try and go and see as much as I can – theatre, concerts, films. I read a lot and I’m always making lists of songs, ideas, etc.  There isn’t really one specific person or thing that inspires me I just see things that gets my brain ticking!

Two years ago you celebrated 50 years on the stage. What is your secret for a long-standing career in the competitive world of show business?

I think you have to try new ideas all the time. I’ve always love diversity and made an effort to try different things to challenge myself. It’s been an incredible journey and I’ve been lucky enough to go down many roads and in many different directions.

Is there anything else you’d like the audience to know before they come along to the show?

Well that we have a bunch of classic songs from some wonderful composers such as Bacharach & David, Lennon & McCartney, Carole King, Jim Webb that they will hopefully love, interspersed with some of my hits and some stories and anecdotes about my life and career.

Book tickets for Elaine Paige at The Queen’s Hall on 28 October 2017 here.