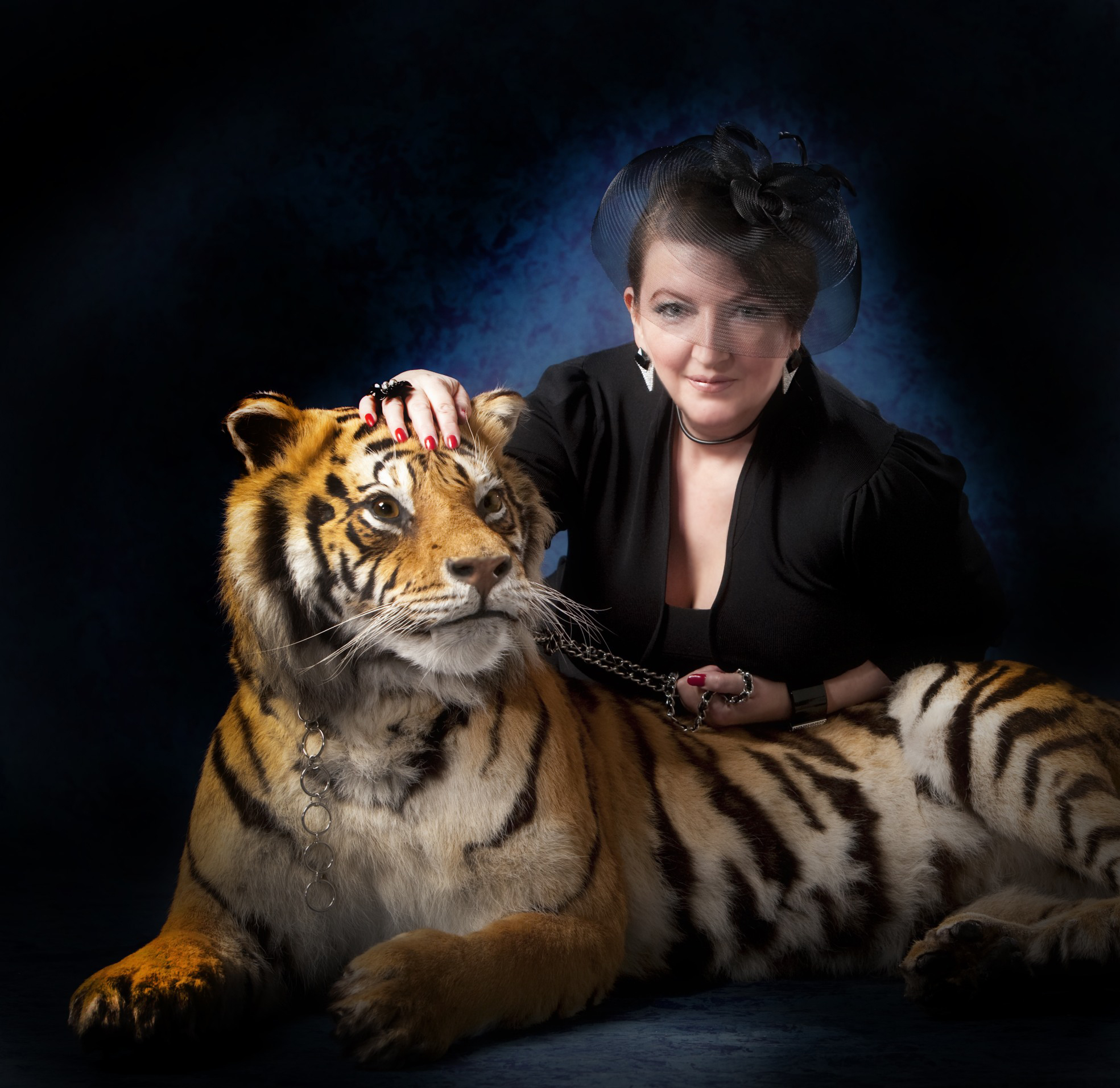 The life of ‘Lady’ Geraldine Elliott feels like a work of fiction with every combination of heartache and achievement.

The creator of Edinburgh’s Doll Hospital has experienced more than most do in a lifetime and her latest album, ‘Little Miss Blue’ contains songs like ‘Only a Heartbeat Away’, ‘Defying Gravity’ and ‘Guaranteed to Break your Heart’, which have created a series of what many may see as cathartic anthems from her life.

It epitomises the strength of a woman who went from being profoundly deaf as a child, to discovering sound
after an operation in her early twenties that ignited her love of music in a way no one who has always been able to hear could possibly imagine.

Add to that an abusive and violent marriage, followed by the creation of two hugely successful enterprises, one relating to jewellery and the other a legendary ‘hospital’ for ‘injured’ dolls, and you are just about starting to get a true understanding as to why you will be hearing a great deal about Lady Geraldine and her new album over the next twelve months.

If Lady Geraldine was a blues singer you would fully understand where her inspirations came from, with a life full of sadness, struggle and adversity, followed by success. She is a woman who should be an inspiration to others
across the country, and the world – women who are told they cannot achieve anything, women who are bullied and assaulted – but as Geraldine has shown through pure female spirit, it is possible to spread your wings and take on
anything.

Geraldine grew up in Bristol, learning very little as a child from standard education due in no small part to her being totally misunderstood as a pupil and thus being placed at the back of the class. It was assumed she was just
not able to learn easily instead of understanding that she was profoundly deaf.

Life didn’t get any easier for Geraldine during her teenage years, although she proved to herself that she could learn fast by becoming adept at lip reading. At the age of sixteen, with her mother now pregnant, she was encouraged to get married and entered a relationship with a man four years older, who, after their wedding day, immediately started with physical and mental abuse. This continued unabated for the duration of their short relationship, until she could take no more, packed her bags, escaped to the  safety of a rented room and divorced him.

During her early twenties a life-changing opportunity presented itself and Geraldine was given the chance to have a major operation to sort out her profound deafness by reconstructing her inner ear and implanting an ear
drum. The result was immediate and truly awe inspiring, introducing her not only to the wonders of music which she had only previously encountered by attending her mother’s local concerts during the time when she was deaf, but
also the strange experience of truly hearing for the first time, epitomised by her breakfast of cornflakes which to her was so loud she had to wear ear defenders to eat them. These ear defenders subsequently became part of her
life for a short time after until she acclimatised to her new, loud world.

Whilst coming to terms with her new found, sound filled world, Geraldine once again married and this time travelled the world drawing on experiences for her music, but also starting to paint and discovering her artistic nature which for so long had been submerged in a life of turmoil.

Although again sadly this relationship did not work out, she settled in Scotland and soon became a successful business woman being written about in the media with her innovative ‘Edinburgh Dolls Hospital’ which became something of a
national phenomenon.  Subsequently, this led Geraldine in a new path when a legendary producer and songwriter literally walked into her life via her dolls hospital. They got chatting and it became clear that there was a natural affinity and his background with the likes of Wet, Wet, Wet through to Big Country, touched an emotional chord with her, and now they are working on her latest songs for Little Miss Blue.

Now having created her music project, whilst also building a hugely successful jewellery business at the same time, Geraldine is starting a new chapter in her life that will see her releasing music, shooting videos, and in turn, maybe by getting her lifetime experiences out to the public, it will give people who have suffered tough times through health issues or marital issues, the strength to achieve what they have never thought possible.