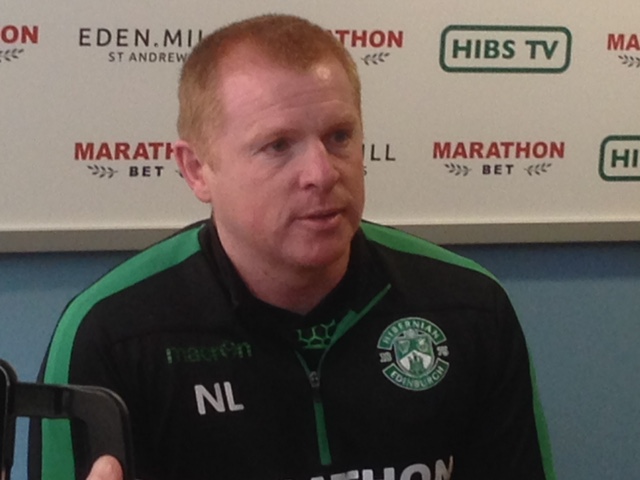 Hibs Head Coach Neil Lennon praised his players’ ‘fantastic character’ after twice coming from behind to beat on-form Livingston and qualify for the Betfred League Cup semi-final which will potentially mean a fifth Hampden trip in the last 18 months.

Lennon made four changes to his starting line up after slating the team’s performance against Motherwell when they surrendered a two goal lead.

International goalkeeper Ofir Marciano paid the penalty for being at fault for both ‘Well goals but his deputy Ross Laidlaw had to pick the ball out of the net in the 12th minute after the defence failed to deal with a simple free-kick into the box which was headed into the net by Scott Pittman.

Steven Whittaker was also dropped to the bench however he came on to replace the injured David Gray shortly after Livingston’s opener.

Danny Swanson who started the game in place of Brandon Barker equalised with a superb curled shot from the edge of the area but it was the Lions who regained the lead with a superb strike from Raffaele De Vita.

Hibs dominated the second half but with extra time looming Lennon’s men secured another semi-final place from the penalty spot after Paul Hanlon had been brought down by Pittman.

Stokes calmly slotted the penalty low into the bottom left hand corner of the net despite Alexander’s gamesmanship ahead of the kick.

After the game a delighted Lennon said: “I thought we were excellent. The character the team showed was fantastic.  You’re looking at a very happy man here.

“From an attacking point of view I think we could have scored three goals in the first 10 minutes. We scored two beautiful goals.

“Their second goal was beautiful, there wasn’t much defensively we could do about that, their first goal was poor from us because it was set play which we worked on yesterday but we dealt with it.

“We’re in the semi-final, we got the win, we played good football, we created umpteen chances and thoroughly deserved to win the game.

“It might have been a bit nervy at times but I thought we had good control of the game for long periods.”